Current farming techniques are DESTROYING the planet and can only be responsibly used to feed 3.4 billion people – less than half the current global population

Almost half of the world’s food production is destructive to the environment, according to a new study from the Potsdam Institute for Climate Impact Research.

By their calculations, the current farming techniques should be used to support a maximum global population of around 3.4 billion people, not the 7.7 billion that it currently does.

They used a target of 2,355 kcal per person per day to calculate the idea population figures. 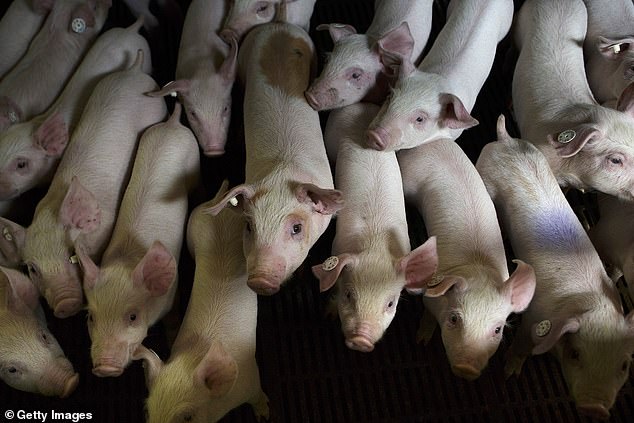 A new study from a team of researchers at the Potsdam Institute for Climate Impact Research says that using current farming methods we should only be generating enough food for 3.4 billion people,and using them to grow more is destroying the planet

‘We appropriate too much land for crops and livestock, fertilize too heavily and irrigate too extensively,’ lead researcher Dieter Gerten said.

‘To solve this issue in the face of a still growing world population, we collectively need to rethink how to produce food.’

They point to four key environmental boundaries that current farming techniques must cross in order to support a larger population than they are intended to, according to a report in New Scientist.

The first boundary is an overabundance of nitrogen-based fertilizers, which can seep into ground water or run off into rivers and lakes to create dead zones killing fish populations and other necessary aquatic life to maintaining a balanced ecosystem.

Current farming techniques also transgress acceptable limits on fresh water use, which is degrading global river systems, a quarter of which lose contact with the ocean for at least some part of the year now. 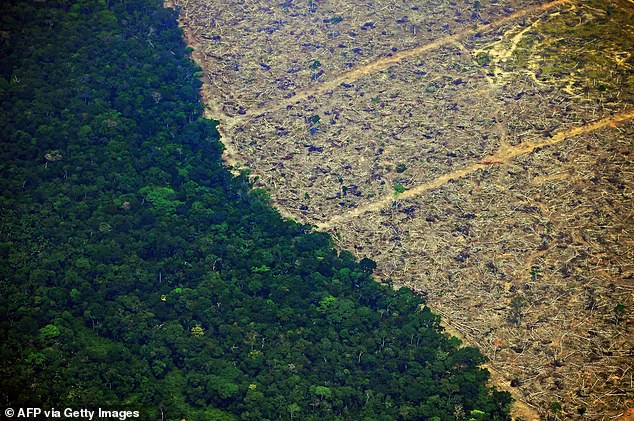 Thirdly, farmers have been too aggressive in their use of deforestation to clear new farm land, which contributes to soil erosion and nutrient loss.

Finally, too much farm land has seen its biodiversity decline past acceptable levels,  inhibiting nature’s capacity to self-regulate, while further diminishing soil health and creating imbalances in pest populations.

Using a complex computer simulation, the researchers recommended a series of changes to the current approach to farming to make it less damaging to the climate.

In farming areas where five percent or more of the local species have been threatened with elimination, the researchers recommend rewilding the farm territory and moving elsewhere. 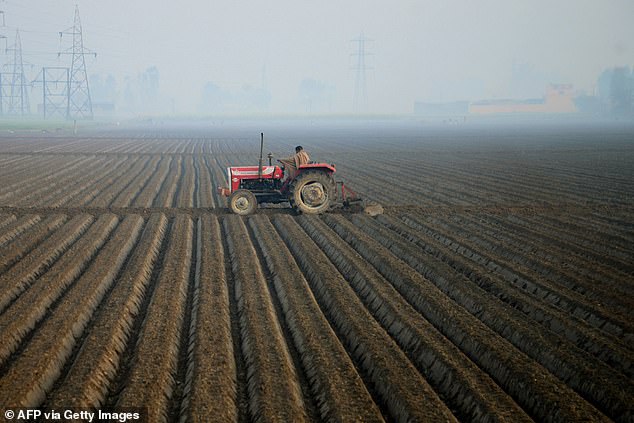 They also recommend reforesting any farmland where 85 percent or more tropical forest had been cut down.

Nitrogen based fertilizers should be avoided, not universally, but in areas where runoff has led to elevated nitrogen levels in nearby bodies of water.

By observing these minor changes, they estimate a population of 7.8 billion people could be supported in an environmentally sustainable way.

With additional limits on food waste and a dietary shift from animal proteins to plant proteins, they estimate a population of 10.2 billion people could be fed.

‘When looking at the status of planet Earth and the influence of current global agriculture practices upon it,’ Gerten said, ‘there’s a lot of reason to worry, but also reason for hope—if we see decisive actions very soon.’

HOW DOES EATING MEAT AND DAIRY PRODUCTS HURT THE ENVIRONMENT?

Eating meat, eggs and dairy products hurts the environment in a number of different ways.

Cows, pigs and other farm animals release huge amounts of methane into the atmosphere. While there is less methane in the atmosphere than other greenhouse gases, it is around 25 times more effective than carbon dioxide at trapping heat.

More trees are cut down to convert land for crop growing, as around a third of all grain produced in the world is used to feed animals raised for human consumption.

As well as this, the nitrogen-based fertiliser used on crops adds to nitrous oxide emissions.

Nitrous oxide is around 300 times more effective at trapping heat in the atmosphere. These fertilisers can also end up in rivers, further adding to pollution.

Overall, studies have shown that going vegetarian can reduce your carbon emissions from food by half. Going vegan can reduce this further still.