Witnesses saw the erupting volcano spew a smokestack of ash and debris high into the skies around 1.11am GMT (2.11pm local time). The eruption occurred on White Island, or Whakaari, which is the most active volcano in New Zealand. At least 50 people are believed to have been on the island when the volcano went off and five have been confirmed dead.

New Zealand Police have since announced “no signs of life have been seen at any point” during reconnaissance flights over the island.

In a statement, the police said there are likely no survivors left on the island but 23 people were being treated for injuries.

Both New Zealanders and tourists from abroad were caught up in the eruption.

New Zealand Police said: “Police believe that anyone who could have been taken from the island alive was rescued at the time of the evacuation. 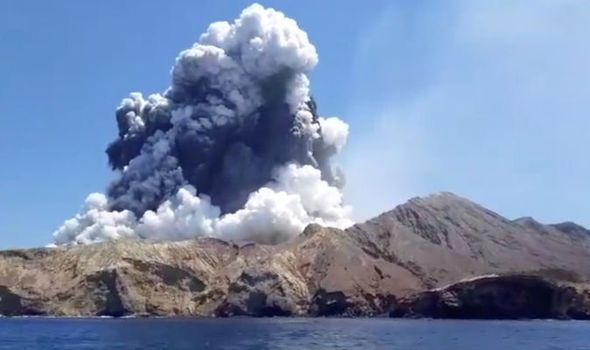 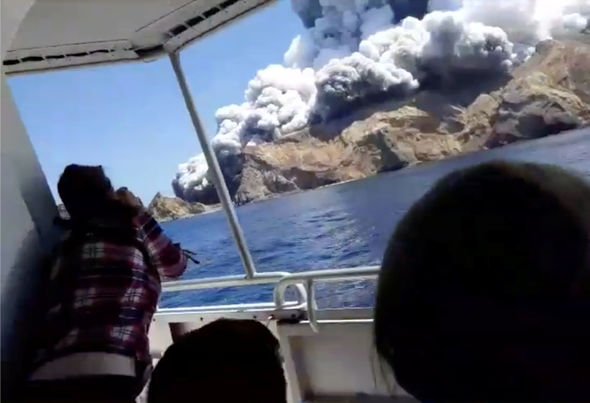 “Based on the information we have, we do not believe there are any survivors on the island.

“Police is working urgently to confirm the exact number of those who have died, further to the five confirmed deceased already.”

The current Volcanic Alert Level for New Zealand is Level 3.

Could the New Zealand eruption awaken the supervolcano Taupo?

Taupo Volcano is a large and partially filled supervolcano hidden away at the heart of New Zealand’s North Island.

Locals recognise the filled caldera as the beautiful Lake Taupo but hidden beneath is one of the world’s most active supervolcanoes.

The supervolcano began erupting around 300,000 years ago and its present-day features were created by a major blast around 27,000 years ago.

Another eruption, an event dubbed the Taupo Eruption, is believed to have gone off about 1,800 years ago.

Since then, geologists have found evidence of about 26 smaller eruptions.

We do not believe there are any survivors on the island

Geologists consider the Taupo Eruption to be the most violent of its kind in the last 5,000 years.

The volcanic blast created a plume of hot ash and debris up to 31 miles (50km) into the skies.

Today’s eruption of White Island occurred about 113 miles (181km) away from Lake Taupo.

But there is no reason to fear the volcanic blast could awaken the ancient supervolcano. 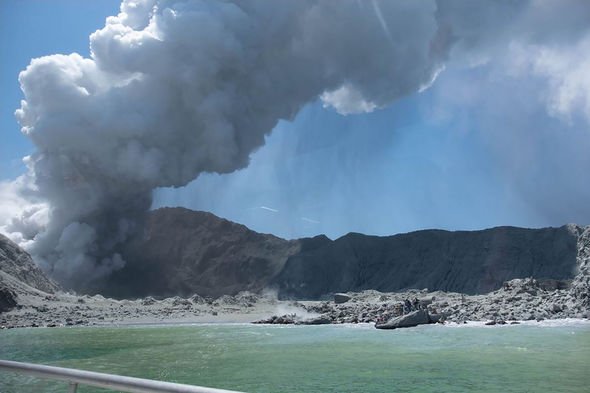 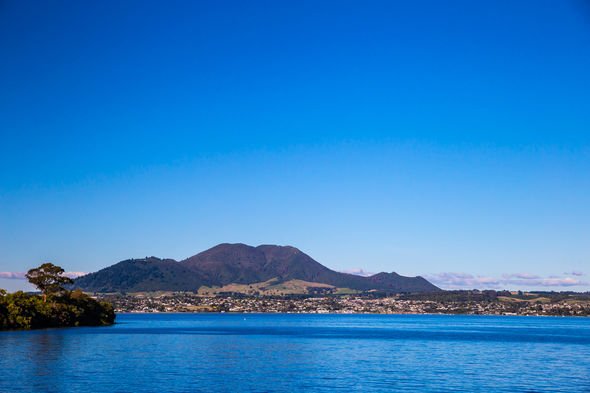 According to the United States Geological Survey (USGS), it is unlikely one volcano eruption can trigger another one.

The agency said there are historic examples of nearby volcanoes going off simultaneously but there is little evidence to connect the two.

In order for one eruption to stir another volcano from its sleep, the two fiery mountains would have to share a “plumbing system”.

The USGS said: “the other. To the extent that these erupting volcanoes or vents have common or overlapping magma reservoirs and hydrothermal systems, magma rising to erupt from one volcano might affect the other volcano’s ‘plumbing’ system and cause some form of unrest, including eruptions.

“For example, the huge explosive eruption of Novarupta vent in Alaska triggered the summit of nearby Mt. Katmai volcano to collapse, thereby forming a new caldera.”

Based on today’s eruption, scientists cannot also predict when or if White Island will erupt again.

GNS Science geologist Brad Scott said: “After a period of unrest, there’s always the likelihood of eruption – but there’s a lot of uncertainty about that.”

When White Island erupted today, the geologists said the eruption was “basically instantaneous”.