One in 10 Brits would use gene editing to make their child more ATTRACTIVE and intelligent, survey says

A tenth of parents would tweak their child’s DNA if it enhanced their beauty or brains.

That’s the surprising result of a YouGov study which surveyed nearly 5,000 British adults about their views on gene editing.

More than one in ten said they were in favour of DNA editing for the sake of boosted their child’s intelligence.

Meanwhile, 8 per cent – a total of almost 400 respondents – said they would modify genomes if it meant improving their child’s looks. Would you? 594 of 4,958 people said they were in favour of DNA alteration for boosting intelligence. Meanwhile, 396 respondents would modify genomes if it enhanced appearance (stock image)

Men were significantly morel likely to support the process in both instances, with 17 per cent thinking it should be allowed for intelligence compared to 7 per cent of women.

Eleven per cent of men supported altering appearance with DNA editing compared to 5 per cent of women.

The technology has the potential to radically reduce, if not eliminate, the risk of genetically inherited conditions such as cystic fibrosis or Huntington’s disease.

A form of gene editing called CRISPR is already being used bu scientists in China to alter disease-causing genetic mutations in human embryos.

However, although 8 per cent of the British population – equivalent to four million Britons – support gene editing to alter appearance, opinions are split on what’s acceptable.

The only characteristics which at least half of this group agree are editing are baldness (63 per cent) and build (54 per cent). 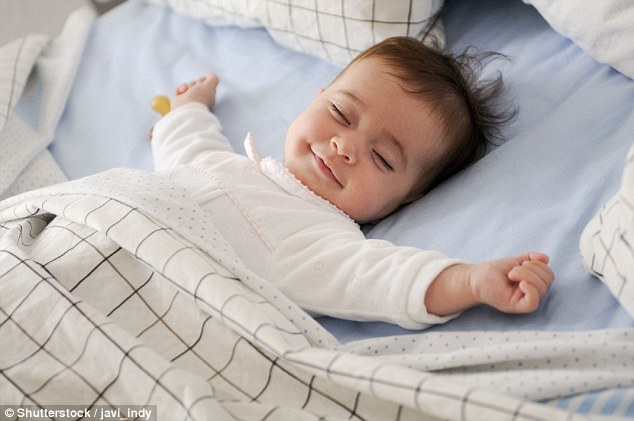 Just under half think it should be permissible to edit genes for height (49 per cent).

A third (33 per cent) of those who favour editing genes to alter appearance say it should be permissible to edit genes for skin colour.

Similarly, 76 per cent of the study’s respondents think gene editing to reduce the risk of disease should be allowed.

Nearly half of Britons (47 per cent) believe that gene editing for particular traits is similar to choosing a sperm or egg donor based on ethnicity, build, intelligence etc., while one in three think it is different. One in five (21 per cent) don’t know.

WHAT ARE DESIGNER BABIES? AND WHAT ARE THE PROS AND CONS?

The embryos are then implanted into women’s uteruses via IVF.

Traits that may be selected could include choosing a daughter, a child without a risk of sickle cell disease or a son who is musically gifted.

DNA that increases the risk of certain conditions, such as Alzheimer’s and Huntington’s, could be discarded.

Some believe selecting for traits such as intelligence may also improve people’s quality of life.

Supporters also claim parents already have an influence on their children’s personalities, such as taking them to music concerts.

They add parents should also have ‘prenatal autonomy’.

Critics argue it is unethical for children to be genetically engineered to have certain traits, such as blue eyes, that do not benefit their health.

Such genetic screening is also still in its early stages and therefore may not be completely safe.

Parents may also not get the outcomes they were hoping for due to chemical modifications affecting genes after embryos are implanted in the uterus.

Critics also argue people’s upbringings and life experiences have a substantial impact on traits such as intelligence.

In addition, genes that control intelligence may also influence ‘negative’ traits, like anger.

Some also point out only wealthy people could likely afford such genetic screenings.

Health insurers may also reject patients who did not undergo genetic selection out of concerns they have a higher disease risk.