Home » Science » Our universe may be a giant loop, new study claims 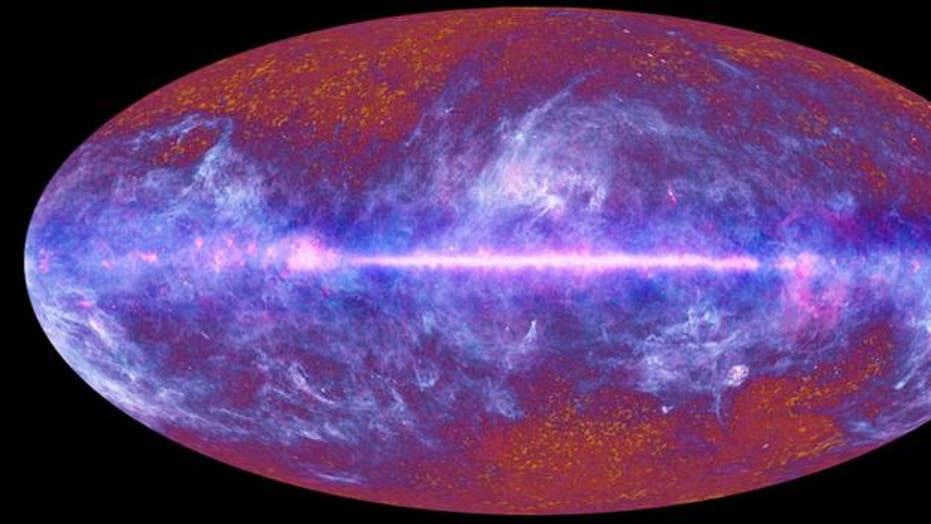 The universe may actually be curved, like a giant inflated balloon, a new study claims.

A study published on Monday in the journal Nature Astronomy examines data from the cosmic microwave background (CMB), which is the faint echo of the "Big Bang," to conclude that the universe is not flat. The findings, however, contradict years of conventional wisdom in astronomy.

According to researchers, if the universe is curved, that curve is a gentle one.

The idea that if you traveled far out into space beyond our galaxy moving in a straight line — you'd eventually be back where you started — is known as a "closed universe."

Most scientists believe instead in the idea of a "flat universe" that extends out in all directions and does not loop in on itself. 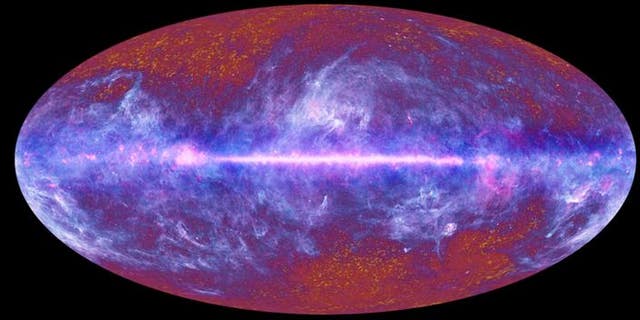 A new study posits that the universe is shaped more like balloon than a flat bed sheet.
(ESA and the Planck Collaboration)

Researchers claim to have found an anomaly in the CMB, which provides crucial information about the universe.

The latest data reportedly shows that there's significantly more "gravitational lensing" of the CMB than expected — meaning that gravity seems to bend the microwaves of the CMB more than existing physics can explain.

Sapienza University of Rome cosmologist Alessandro Melchiorri explained to Live Science that the closed-universe model would raise a range of problems for the field of physics.

"I don't want to say that I believe in a closed universe," he told Live Science. "I'm a little bit more neutral. I'd say, let's wait on the data and what the new data will say. What I believe is that there's a discrepancy now, that we have to be careful and try to find what is producing this discrepancy."