The detection of high-energy cosmic neutrinos streaming from the Antarctic ice has long baffled scientists. In 2016 and 2018, the NASA funded ANITA experiment has detected two bursts of cosmic rays coming from the Earth – an event previously thought very unlikely. The bizarre anomaly has led some scientist to think outside of the box, suggesting they were the product of a universe where time flows backwards.

In this theoretical scenario, high-energy neutrinos would appear to be flowing from the Earth, as they travelled backwards in time towards the Big Bang.

But without any concrete evidence to back the hypothetical theory, the parallel universe story was mostly dismissed by scientists.

University of Hawai’i Physics Professor Peter Gorham said of the anomaly: “While I am not opposed to free speculation regarding the anomalies we have observed, our own opinion is that they are more likely to be explained in terms of physics, that is likely to be much less exotic.”

Researchers behind the IceCube Neutrino Observatory, which features a neutrino detector buried deep in the Antarctic ice, have now proposed a more grounded explanation. 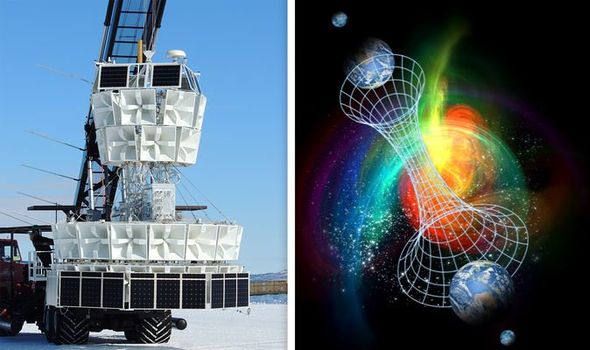 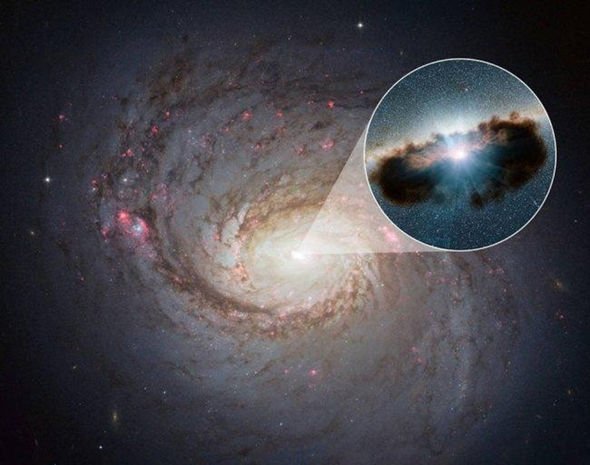 In a paper published on June 30 in the journal Physical Review Letters, Pennsylvania State University researchers have proposed the neutrinos could flow from the corona of supermassive black holes.

Assistant Professor Kohta Murase from the Center for Multimessenger Astrophysics said: “Neutrinos are subatomic particles so tiny that their mass is nearly zero and they rarely interact with other matter.

“High-energy cosmic neutrinos are created by energetic cosmic-ray accelerators in the universe, which may be extreme astrophysical objects such as black holes and neutron stars.

“They must be accompanied by gamma rays or electromagnetic waves at lower energies, and even sometimes gravitational waves.

“So, we expect the levels of these various ‘cosmic messengers’ that we observe to be related.

“Interestingly, the IceCube data have indicated an excess emission of neutrinos with energies below 100 teraelection volt (TeV), compared to the level of corresponding high-energy gamma rays seen by the Fermi Gamma Ray Space Telescope.”

There is, however, a growing body of evidence for neutrinos below 100 TeV, which are yet to be explained.

The IceCube Neutrino Observatory has recently observed an excess of neutrinos from NGC 1068, a bright and active galaxy seen in the northern sky.

Professor Murase said: “We know that the sources of high-energy neutrinos must also create gamma rays, so the question is: Where are these missing gamma rays?

“The sources are somehow hidden from our view in high-energy gamma rays, and the energy budget of neutrinos released into the universe is surprisingly large.

“The best candidates for this type of source have dense environments, where gamma rays would be blocked by their interactions with radiation and matter but neutrinos can readily escape.

“Our new model shows that supermassive black hole systems are promising sites and the model can explain the neutrinos below 100 TeV with modest energetics requirements.”

The new model suggests a supermassive black hole’s corona – scorching plasma that surrounds stars and other celestial bodies – is a source of the cosmic rays. 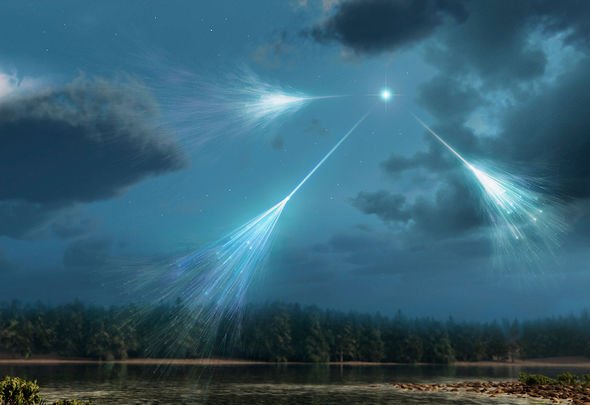 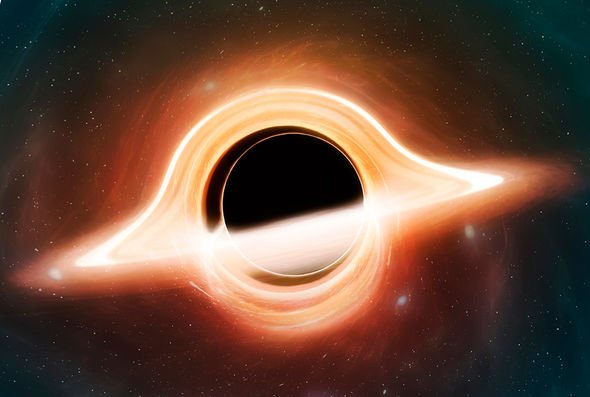 These coronas are at temperatures of more than one billion Kelvin, are turbulent and are magnetized.

Such an environment could accelerate and collide particles, creating neutrinos and gamma rays in the process.

However, the coronas are dense enough to prevent the high-energy gamma rays from escaping and could explain the sub 100 TeV neutrino anomaly.

“High-energy gamma rays would be blocked but this is not the end of the story.

“They would eventually be cascaded down to lower energies and released as ‘soft’ gamma rays in the megaelectron volt range, but most of the existing gamma-ray detectors, like the Fermi Gamma-ray Space Telescope, are not tuned to detect them.”

Although exciting, the parallel universe theory does not fit the existing evidence.

Another paper published in June this year proposed the cosmic rays were simply deflected back into space by firn – a crystalline substance somewhere between ice and snow.