People are LESS likely to lie if they are speaking a foreign language, researchers find

Speaking in a foreign language makes you less likely to tell a lie, researchers have found.

The new study found that just being in a foreign language mindset made people more likely to resist the temptation to tell a fib.

In the research, native speakers of English, Spanish, Hebrew and Korean in four countries were invited to play a dice game in which they were paid according to the numbers they reported. 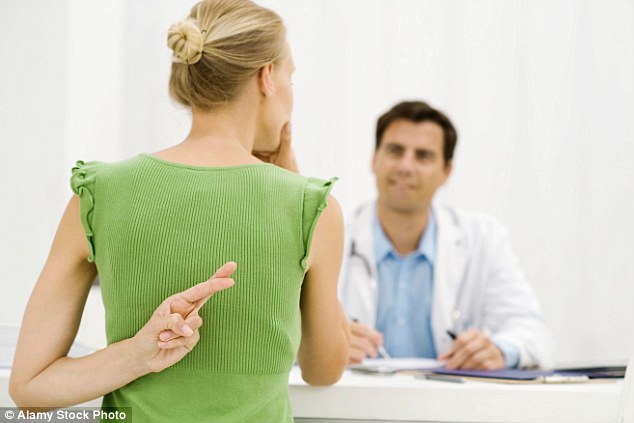 Participants who used a foreign language were less likely to cheat than those using their native language, researchers found.

‘When individuals have a chance to profit from dishonesty with no risk of being caught, their instinctive tendency is to cheat, while they refrain from cheating when they have time to deliberate,’ said Yoella Bereby-Meyer, professor in psychology at Ben-Gurion University of the Negev in Israel.

They say opportunities often occur in everyday situations, such as lying about a child’s age to get a cheaper ticket price, or not speaking up when you receive too much change.

HOW THE EXPERIMENT WAS DONE

Working with groups in Spain, the United States, Israel and the Netherlands, researchers randomly assigned participants to perform the game in their native language or in a foreign language.

They were paid according to the numbers they reported, and because the outcome was private, participants could cheat to inflate their profit without risk of repercussions.

Even though the game itself only involves reading numbers on a dice, all of the interaction was in the designated language and participants clicked on ‘number words’ on the screen, Bereby-Meyer said.

‘The die paradigm was a natural way to examine language’s effect on honesty.’

Even though the participants’ responses were private, the higher proportion of 5s or 6s selected by native language users showed that participants had a greater tendency to inflate their numbers when working in their native language.

‘There is a natural temptation to lie in these situations,’ she said.

Researchers believe the outcome is due to the fact that using a foreign language is less intuitive, so the automatic response systems that might give rise to cheating may be disengaged.

‘There is less temptation, so it becomes easier to refrain from impulsive behavior,’ Bereby-Meyer said.

The study also provides a compelling narrative about inherent biases toward foreigners.

‘Studies have shown people with accents are perceived as less credible because they can be more difficult to understand,’ Boaz Keysar, professor of psychology at the University of Chicago, who co-authored the paper, said.

These results suggest the opposite may be true.

Keysar believes this research has important implications, particularly in global business, in which companies work with foreign suppliers and customers on a daily basis.

Even though a person’s gut instinct may be to trust these people less, the data show that if they are using a foreign language, they might be more honest.

WHAT ARE THE NINE WAYS TO SPOT A LIAR?

The big pause: Lying is quite a complex process for the body and brain to deal with. First your brain produces the truth which it then has to suppress before inventing the lie and the performance of that lie.

This often leads to a longer pause than normal before answering, plus a verbal stalling technique like ‘Why do you ask that?’ rather than a direct and open response.

The eye dart: Humans have more eye expressions than any other animal and our eyes can give away if we’re trying to hide something.

When we look up to our left to think we’re often accessing recalled memory, but when our eyes roll up to our right we can be thinking more creatively. Also, the guilt of a lie often makes people use an eye contact cut-off gesture, such as looking down or away.

The lost breath: Bending the truth causes an instant stress response in most people, meaning the fight or flight mechanisms are activated.

The mouth dries, the body sweats more, the pulse rate quickens and the rhythm of the breathing changes to shorter, shallower breaths that can often be both seen and heard.

Overcompensating: A liar will often over-perform, both speaking and gesticulating too much in a bid to be more convincing. These over the top body language rituals can involve too much eye contact (often without blinking!) and over-emphatic gesticulation.

The more someone gesticulates, the more likely it is they might be fibbing (stock image)

The poker face: Although some people prefer to employ the poker face, many assume less is more and almost shut down in terms of movement and eye contact when they’re being economical with the truth.

The face hide: When someone tells a lie they often suffer a strong desire to hide their face from their audience. This can lead to a partial cut-off gesture like the well-know nose touch or mouth-cover.

Self-comfort touches: The stress and discomfort of lying often produces gestures that are aimed at comforting the liar, such as rocking, hair-stroking or twiddling or playing with wedding rings. We all tend to use self-comfort gestures but this will increase dramatically when someone is fibbing.

Micro-gestures: These are very small gestures or facial expressions that can flash across the face so quickly they are difficult to see. Experts will often use filmed footage that is then slowed down to pick up on the true body language response emerging in the middle of the performed lie.

The best time to spot these in real life is to look for the facial expression that occurs after the liar has finished speaking. The mouth might skew or the eyes roll in an instant give-away.

Heckling hands: The hardest body parts to act with are the hands or feet and liars often struggle to keep them on-message while they lie.

When the gestures and the words are at odds it’s called incongruent gesticulation and it’s often the hands or feet that are telling the truth.