Why selfies usually focus on our left eye: Asymmetry in the brain makes people’s right side less dominant in most Instagram photos, study claims

People tend to subconsciously centre their Instagram selfies on their left eye, a study has revealed.

They observed that, when taking a selfie, people tended to centre their eyes, with particular focus on the left.

This reflects of a phenomenon observed in healthy brains known as pseudoneglect, in which spatial attention tends to be unconsciously shifted to the left.

The study also suggests that the alignment is because our eyes provide information on what we are paying attention to and centre left is the best way to inform people about our mood. 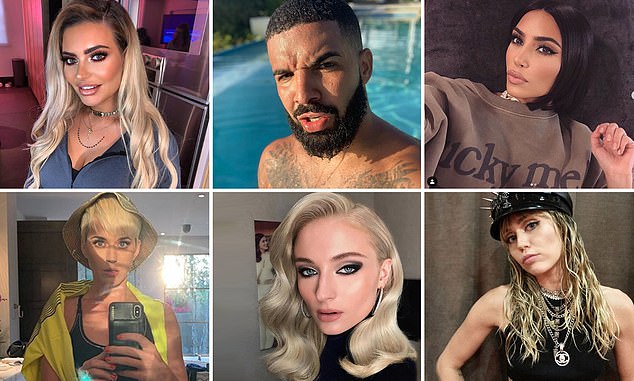 Previous research also suggests that the left eye is more commonly centred than the right because people prefer showing their left cheek.

The phenomenon is similar to painters who apply an eye-centering principle in portraits.

Most of the photos studied were posted on social media spontaneously.

In comparison, 1,625 (46 per cent) had the right eye in the centre. Although the difference was small the researchers said it was significant. 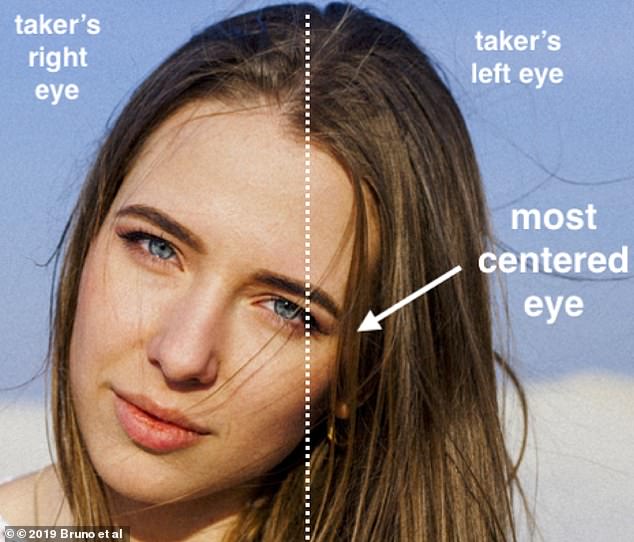 The study said that the trend is a reflection of a phenomenon observed in neurologically healthy people known as pseudoneglect, where spatial attention tends to be shifted to the left. Pictured is an example of the centre-left selfie phenomenon

Professor Christopher Tyler, Professor of Optometry and Visual Sciences at City, University of London was a collaborator in the study.

He said: ‘The core result of this study was to replicate my earlier finding that painters tend to centre one eye in portraits, throughout the centuries, in a modern version of which the selfie takers are simultaneously both the artists and the subjects of the portrait.

‘This centring tendency opposes the alternative possibility of placing the symmetric face symmetrically in the frame, which would avoid leaving the non-centred eye ”out in the cold”.

‘These results are important for understanding the perceptual principles in operation as these diverse “portraitists” choose the framing and composition of their pictures. 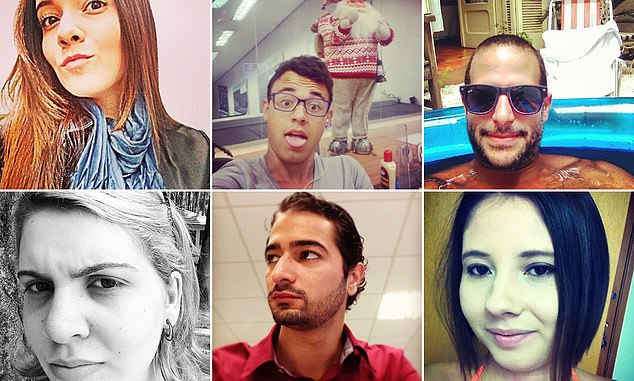 The study suggests the alignment is because our eyes provide information on what we are paying attention to and we see the position of our left eye as the best way of conveying our mood (Pictured: Anonymous individuals from www.selfiecity.net, which the researchers used)

‘The tendency to centre a feature of particular interest in the frame presumably derives from the fact that we humans have a single focal region of high resolution in the centre of our retinas, the fovea, providing a natural point of attraction for this largely unsuspected tendency in composing the portrait.’

The study did not include photos with multiple people in the shot, or those taken with pets or dolls.

It also separated standard selfies, taken at arm’s length with a phone or similar device, from mirror selfies.

However, the same eye-centering phenomenon was observed in standard and mirror selfies.

In pseudoneglect, the scientists explained, people automatically tend towards the left when trying to judge where something is.

If asked, for example, to locate the middle of a horizontal line on a blank sheet of paper, people will most often place it slightly to the left of the true centre.

That includes data such as photos, videos, Stories, profile info, comments and messages.

From there, navigate to your profile, then click on the gear icon and select ‘Privacy and Security’. 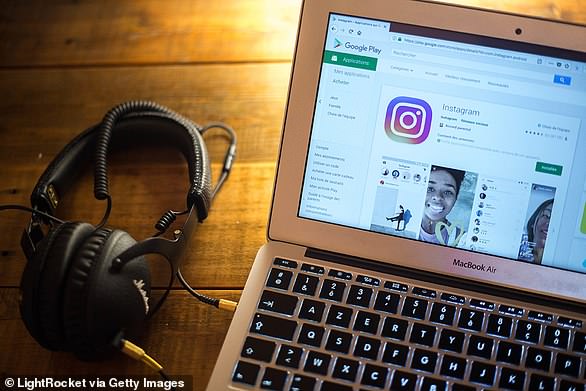 Until now, Instagram has lacked a data portability tool and users don’t have the option of saving their photos after they’ve already been posted to the app

The firm noted that it may take up to 48 hours for it to send a download link.

Until now, Instagram has lacked a data portability tool and users don’t have the option of saving their photos after they’ve already been posted to the app.

Importantly, the tool lets users control the data they’ve uploaded to the platform, but not necessarily all the data Instagram has collected on them.