Saint Malachy was the Archbishop of Armagh, to whom several miracles were attributed to in the 12th-century. In 1139, Malachy went to Rome from Ireland to give an account of his affairs, when he reportedly received a strange vision about the future, including the names of 112 future popes. His prediction for the 112th and current pope – Francis – is rather shocking, it reads: “In the final persecution of the Holy Roman Church there will reign Peter the Roman, who will feed his flock amid many tribulations, after which the seven-hilled city will be destroyed and the dreadful Judge will judge the people. The End.”

The father of the current pope was Pietro, or Peter, and was from Italy even though the family moved to Argentina and Francis took over the reins in 2013 following the resignation of Pope Benedict XVI in February 2013.

During his first address as the leader of the Vatican, Pope Francis made the following address from the balcony of St Peter’s Basilica.

“You all know that the duty of the Conclave was to give a bishop to Rome. 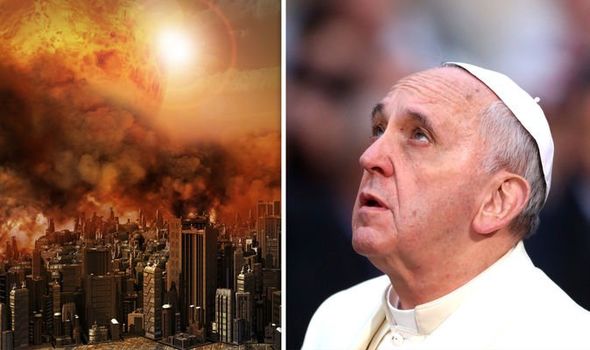 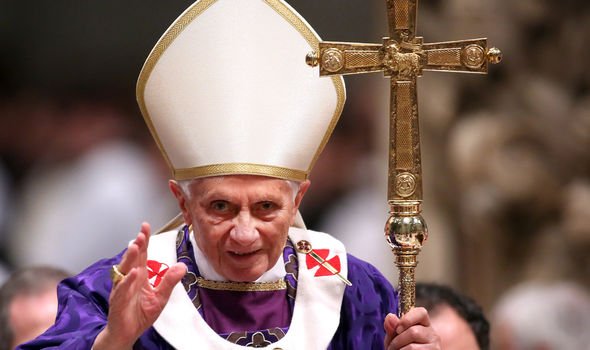 Pope Francis is at the centre of apocalyptic prophecies

“It seems that my brother Cardinals have come almost to the ends of the Earth to get him, but here we are.

“I thank you for the welcome that has come from the diocesan community of Rome.

“First of all, I would say a prayer: Pray for our Bishop Emeritus Benedict XVI, let us all pray together for him, that the Lord bless him and Our Lady protect him.”

His reference to “the end of the Earth” caused quite a storm, with news outlet Rome Reports claiming: “Pope Francis is now at the centre of apocalyptic prophecies” on their YouTube channel.

But the reporter cleared things up, adding in 2013: “Saint Malachy spoke about the Pope from the end of the world, if this sounds familiar, it’s because they are the same words Pope Francis said on the balcony the night he was elected. 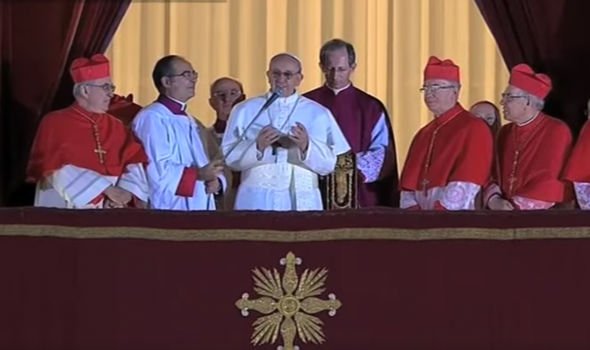 “Described in very vague phrases, there is no indication that the apocalyptic prophecies are any different than the Mayan prediction though.

“These foresaw the end of the world on December 21, 2012, which obviously didn’t happen.”

There have also been questions over the authenticity of Malachy’s predictions.

The prophecy of the popes was first published by Benedictine monk Arnold Wion in 1595, attributing the claims to Malachy. 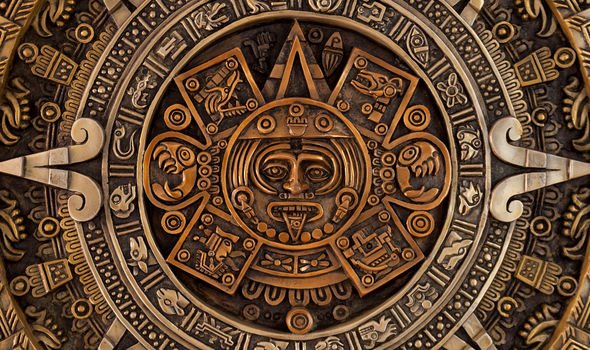 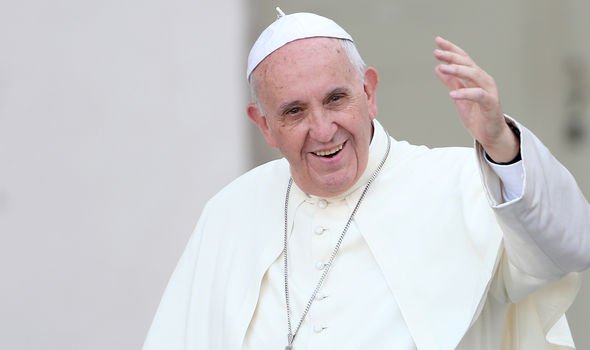 Given the very accurate description of popes up to around 1590 and lack of accuracy for the popes that follow, historians generally conclude that the alleged prophecy is a fabrication written shortly before publication.

One theory to explain the prophecy’s creation put forward by 17th-century French priest Louis Moreri, is that it was spread by Cardinal Girolamo Simoncelli in support of his own bid to become pope during the 1590 conclave to replace Urban VII.

In the prophecy, the pope following Urban VII is given the description “Ex antiquate Urbis” or ”from the old city”, and Simoncelli was from Orvieto, which in Latin is Urbevetanum, the old city.

Moreri and others proposed the prophecy was created in an unsuccessful attempt to demonstrate that Simoncelli was destined to be pope.