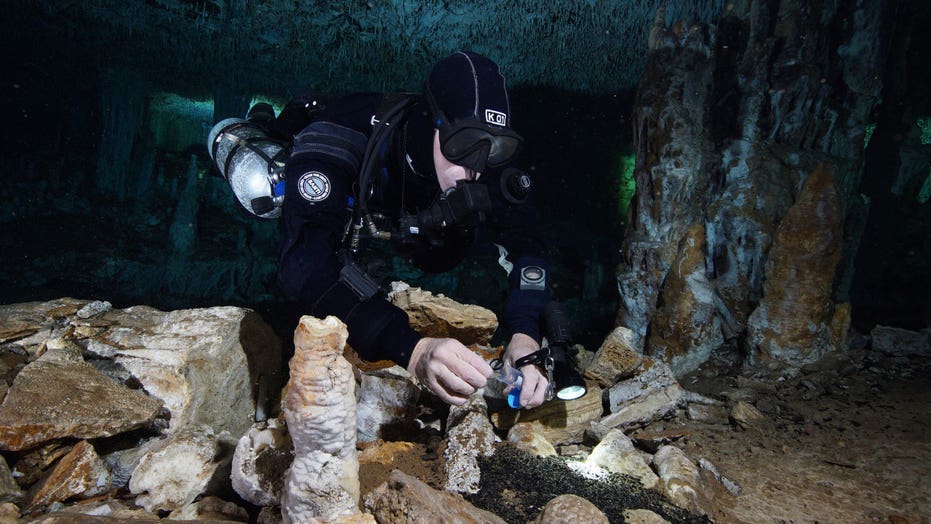 A prehistoric ocher mine has been discovered in a flooded cave complex in Mexico.

Underwater archaeologists discovered the mine in the Mexican state of Quintana Roo. According to Mexico’s National Institute of Anthropology and History (INAH), the ocher mine dates back 10,000 to 12,000 years and is the oldest discovered in the Americas.

The 0.5 miles of ocher mines were found in a 3.73-mile flooded cave complex. The discovery of remains of human-set fires, stacked mining debris, simple stone tools, navigational aids and digging sites suggest humans went into the cave seeking iron-rich red ocher, which early peoples in the Americas cherished for decoration and rituals.

Such pigments were used in cave paintings, rock art, burials and other structures among early peoples around the globe. 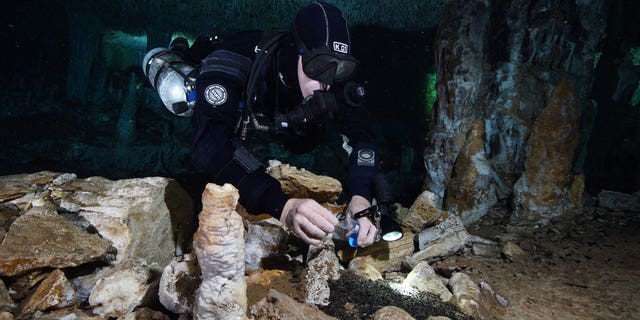 "The landscape in this cave is notably altered, which leads us to think that prehistoric human beings extracted tons of ocher from it, perhaps, seeing the need to light bonfires to illuminate their space," said Fred Devos, co-director of the Research Center for the Aquifer System of Quintana Roo, known as CINDAQ, in the statement. Devos and his CINDAQ co-director Sam Meacham first visited the underground system in 2017. The research is published in the journal Science Advances.

Since skeletal remains like “Naia,” a young woman who died 13,000 years ago, were found over the last 15 years, archaeologists have wondered how they wound up in the then-dry caves. About 8,000 years ago, rising sea levels flooded the caves, known as cenotes, around the Caribbean coast resort of Tulum.

“While Naia added to the understanding of the ancestry, growth and development of these early Americans, little was known about why she and her contemporaries took the risk to enter the maze of caves,” wrote researchers from CINDAQ.

“There had been speculation about what would have driven them into places so complex and hazardous to navigate, such as temporary shelter, fresh water, or burial of human remains, but none of the previous speculation was well-supported by archeological evidence,” they wrote.

“Now, for the first time we know why the people of this time would undertake the enormous risk and effort to explore these treacherous caves," said CINDAQ's Meacham. At least one reason, Meacham said, was to prospect and mine red ocher.

Mexico continues to reveal new aspects of its rich history. Experts, for example, recently announced the discovery of the largest, oldest Maya monument near Mexico’s border with Guatemala.

In a separate project, the capital of a long-lost Maya kingdom was recently discovered in the backyard of a cattle rancher in Mexico.

In 2018, an ancient mask depicting a seventh-century Maya king was discovered in southern Mexico.