Home » Science » Processed foods make us fatter and are linked to a higher risk of cancer. Here’s what science suggests we should eat instead.

Here’s an experiment: Sit alone in a hospital room for two weeks and eat nothing but ultra-processed foods like hot dogs, muffins, canned ravioli, and chicken salad.

You probably wouldn’t love the results.

But that’s exactly what 20 men and women did in a recent,rigorously controlled study from the National Institutes of Health. Those participants ended up gaining an average of 2 pounds in those two weeks on this ultra-processed diet. They also consumed about 500 additional calories every day, compared to a different two-week period in which the same people followed an unprocessed meal plan.

The scientists behind the study — which was published Thursday — found that this discrepancy arose because patients who were fed processed meals tended to overeat, even though researchers controlled for how much salt, fat, sugar, protein, fiber, and carbohydrates each meal contained (regardless of whether it consisted of processed versus unprocessed items).

“This is the first time that we can actually say that there’s a causal relationship between something that’s independent of the nutrients … that is driving these differences in calorie intake and weight gain,” lead researcher Kevin Halltold Business Insider.

His team isn’t yet sure why processed food makes us hungrier, but they have a few educated hypotheses. For one, they think the difference in calorie consumption might have something to do with the ways that fresh foods trigger hormones that regulate our appetite (ghrelin), and suppress hunger (PYY). Additionally, people tend to eat unprocessed foods more slowly, which gives our body more time to register that we’re full before we overeat.

Beyond its link to overeating, a diet heavy in processed food is also linked with all kinds of other health problems, according to previous research: People who consume it regularlyare more likely to get cancer anddie quicker than others.

Given that stark comparison, here’s how to determine what to seek out and what to avoid.

The difference between processed and unprocessed food

Researchers classify “ultra-processed” foods as items that are generally factory-made and come laden with additives and preservatives like sweeteners and thickeners. Generally, these things are packaged in plastic or cans. You’re likely to see “high fructose corn syrup” on the ingredient list of an ultra-processed food item, or perhaps some interesterified oils (replacements fortrans fats, which are now widely banned).

But food items don’t have to be completely fresh to be considered unprocessed. In the NIH study, the researchers relied on the NOVA food-rating system, which designates foods as unprocessed if they are edible parts of plants (including nuts), animals, fungi, algae, or water. So it’s fine to freeze, boil, ferment, or refrigerate ingredients. But unlike their processed versions, unprocessed foods are not cured or pre-salted.

The study authors described and photographed the meals they fed their 20 participants — both during their processed-food weeks and the time spent on a fresher eating plan.

Here’s one of the processed breakfasts that the participants ate in the lab: 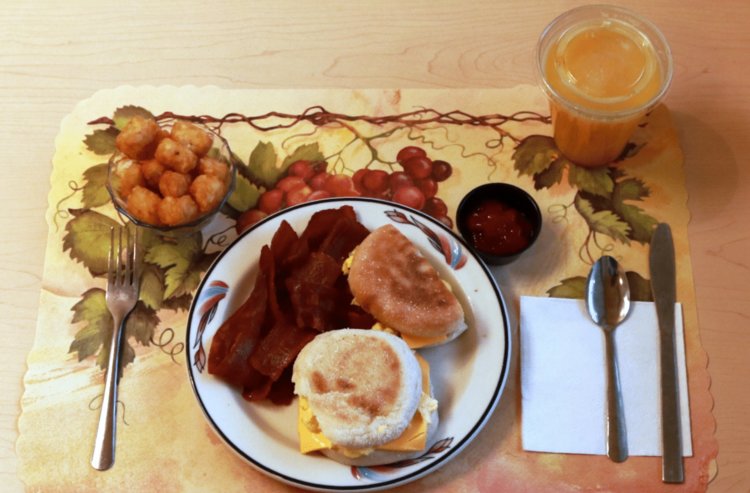 This processed breakfast includes egg mix, turkey bacon, and American cheese on an English muffin with a side of tater tots and ketchup. The orange juice was supplemented with extra fiber.Hall et al./Cell Metabolism

One of the processed lunch meals was a tasty-looking quesadilla made with deli turkey, cheddar and jack cheeses, and refried beans from a can. Personally, I found that one disheartening, since it sounds like something I might make at home. So did a chicken salad sandwich made with canned chicken, pickle relish, and mayonnaise — one of the ultra-processed dinners.

While on an unprocessed diet, on the other hand, the participants ate more produce and skipped sides like tater tots. Here’s what a day’s worth of unprocessed meals looked like in the lab: 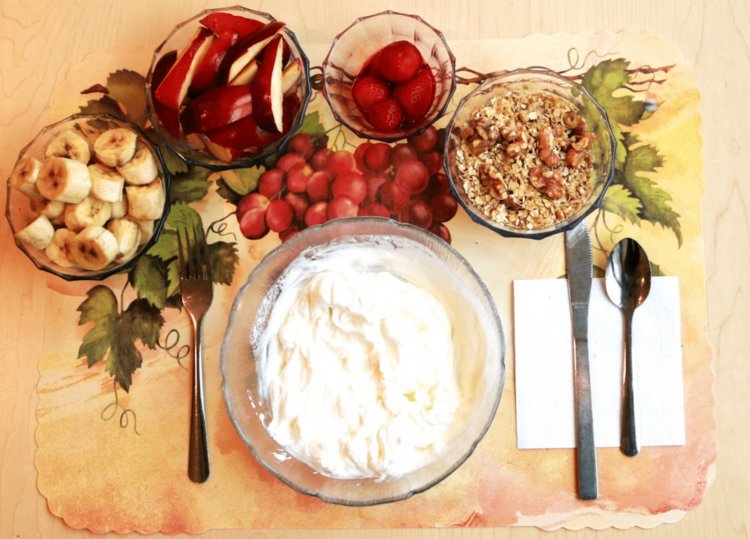 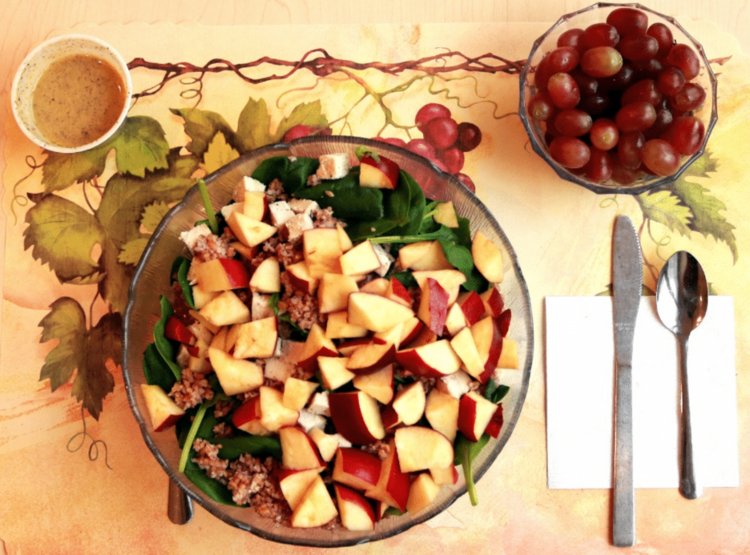 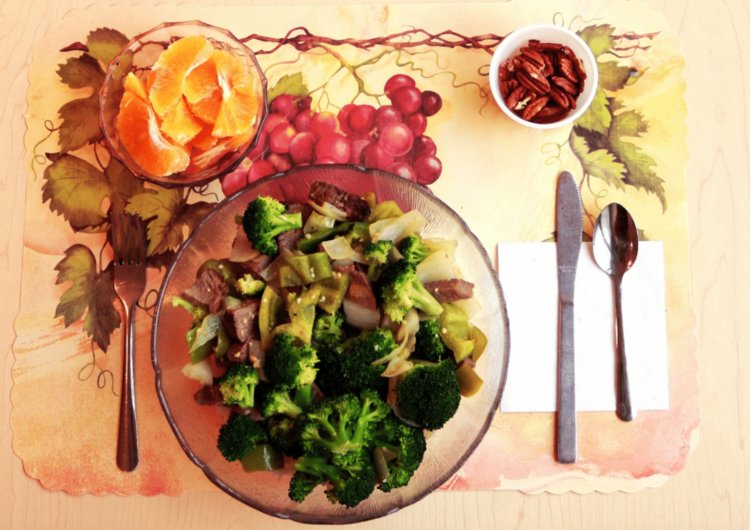 For dinner one night, study participants ate stir-fried beef tender roast with broccoli, onions, sweet peppers, ginger, garlic, and olive oil, along with a side of basmati rice, some orange slices, pecan halves, and salt and pepper.Hall et al./Cell Metabolism

After two weeks of meals like these, participants managed to shed an average of 2 pounds.