Have YOU put your Christmas tree up yet? Putting your festive decorations up earlier in the year makes you much happier, experts say

Christmas decorations are an integral part of the festive season – and people who put up their tree and trinkets earlier in the year are the happiest, experts claim.

Those with the greatest obsession for the likes of mulled wine and Rudolf the red-nosed reindeer tend to be individuals who are more nostalgic and reluctant to let go of happy childhood memories, experts say.

These individuals also have a psychological make-up which means they lead more fulfilled lives. 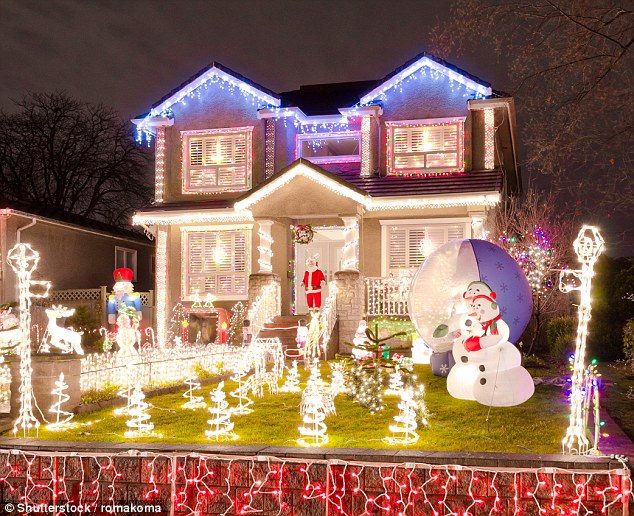 Christmas decorations are an integral part of the Christmas tradition and the people who get them up first are the happiest, experts claim. People with a love of festive decorations also hold onto good memories  (stock)

In an interview with Unilad, Steve McKeown, Psychoanalyst and founder of MindFixers, said: ‘Although there could be a number of symptomatic reasons why someone would want to obsessively put up decorations early, most commonly for nostalgic reasons either to relive the magic or to compensate for past neglect.

‘In a world full of stress and anxiety people like to associate to things that make them happy and Christmas decorations evoke those strong feelings of the childhood.

‘Decorations are simply an anchor or pathway to those old childhood magical emotions of excitement.

‘So putting up those Christmas decorations early extend the excitement!’

The comments from Mr McKeown build on 30 year old research, published in the Journal of Environental Psychology, which aimed to understand why some people play Scrooge whilst others wait for the turkey-gorging time with fervent anticipation.

They found the early decorations can be sign of over-compensating for past disappointment in the holidays and trying to avoid it for the coming year. 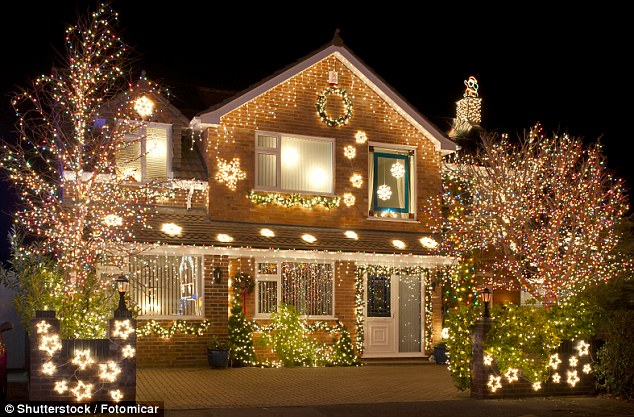 These tinsel-touting fanatics might have a crazed obsession with the holiday but their psychological make-up means they lead more fulfilled lives, scientists claim as it is a sign the person is nostalgic and holds on to happy memories (stock)

Amy Morin, psychotherapist and best-selling author of 13 Things Mentally Strong People Don’t Do, said to Unilad: ‘The holiday season stirs up a sense of nostalgia.

‘Nostalgia helps link people to their personal past and it helps people understand their identity.

‘For many putting up Christmas decorations early is a way for them to reconnect with their childhoods. It may be a bittersweet feeling.

‘Perhaps the holidays serve as a reminder of when a loved one was still alive. Or maybe looking at a Christmas tree reminds someone of what life was like when they still believed in Santa.

‘For people who have lost a loved one, the holidays may serve as a reminder of happy times they had with that person in the past.

‘Decorating early may help them feel more connected with that individual.’

Previous research has found that decorations can be used as a way of extending the olive branch to neighbours and strangers and acts as an inadvertent form of communication and accessibility.

Being generous really does make people happier, according to research from an international team of experts.

A group of 50 volunteers in Switzerland took part in a spending experiment, with each given 25 Swiss Francs (£20/$25) per week for four weeks.

As part of the experiment, participants performed an independent decision-making task, in which they could behave more or less generously while brain activity was measured using functional magnetic resonance imaging (fMRI).

They were asked to choose to give between three and 25 francs of their money as a present to a recipient different from those previously chosen.

The researchers found that participants who had committed to spending their endowment on others behaved more generously in the decision-making task.

They also discovered greater self-reported increases in happiness as compared to the control group.

The full results were published in the journal Nature Communications.