An enormous fireball was caught on camera streaking across the night sky in Australia, before breaking up over the Tasman Sea.

The footage, captured by the vessel RV Investigator, was taken on Nov. 18, roughly 60 miles off the southern Tasmanian coast, according to a blog post from Australia's Commonwealth Scientific and Industrial Research Organisation (CSIRO).

"What we saw on reviewing the livestream footage astounded us, the size and brightness of the meteor was incredible," CSIRO Voyage Manager on board, John Hooper, said in the post. "The meteor crosses the sky directly in front of the ship and then breaks up – it was amazing to watch the footage and we were very fortunate that we captured it all on the ship livestream." 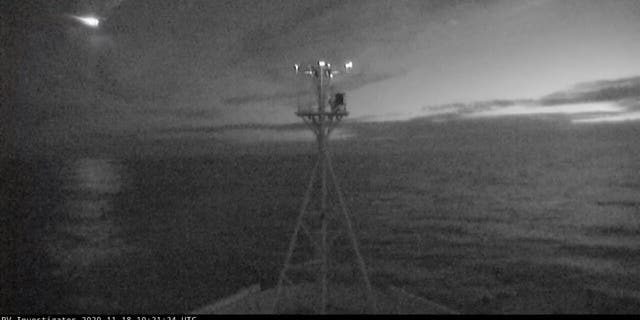 A still shot from the video with the meteor top left. Credit: CSIRO

The livestream, which operates 24/7 from a camera on the RV Investigator, shows the fireball turning a bright green color before it broke apart.

"Over 100 tons of natural space debris enters Earth's atmosphere every day," Glen Nagle from CSIRO Astronomy and Space Science, explained in the post. "Most of it goes unseen as it occurs over an unpopulated area like the southern ocean."

"Cameras are everywhere, in our pockets and around our cities, but they have to be pointed in the right place at the right time – RV Investigator was in that place and time," Nagle added. 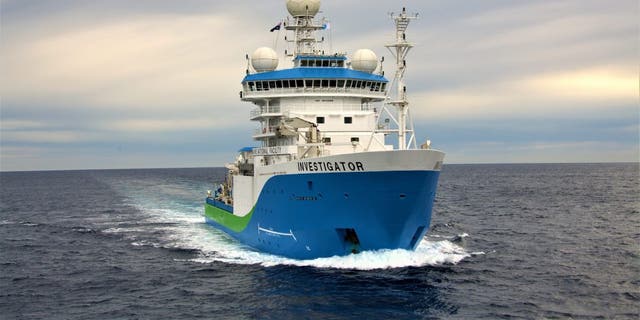 A small chunk of an asteroid or comet is known as a meteoroid. When it enters Earth's atmosphere, it becomes a meteor, fireball or shooting star. The pieces of rock that hit the ground, valuable to collectors, are called meteorites.

In 2019, a separate group of researchers suggested meteorites actually made life possible on Earth. They identified isotopes of selenium in rocks in Earth's mantle and found identical isotope signatures inside certain meteorites, notably those from the outer solar system.