Home » Science » Rich people are more likely to cheat, steal and ignore those in need

Money really IS the root of all evil! Rich people are more likely to cheat on their partners, steal and drive recklessly because ‘wealth makes you feel above the law’, scientists say

The wealthiest among us are also the most likely to steal, drive reckless, lie, cheat on their partners and ignore the needs of poorer people, scientists say.

According to a renowned psychologist from the University of California, Berkeley, belonging to a higher social class is a predictor of increased unethical behaviour.

In fact, the negative impact of wealth and power is ‘one of the most reliable laws of human behaviour’, he said.

The new comments come as Paul Manafort, President Trump’s former campaign chairman, endures a trial that alleges he defrauded banks, dodged taxes and bought $15,000 (£11,800) ostrich and python jackets with money from unregistered work for foreign governments – behaviour that does not surprise psychologists. 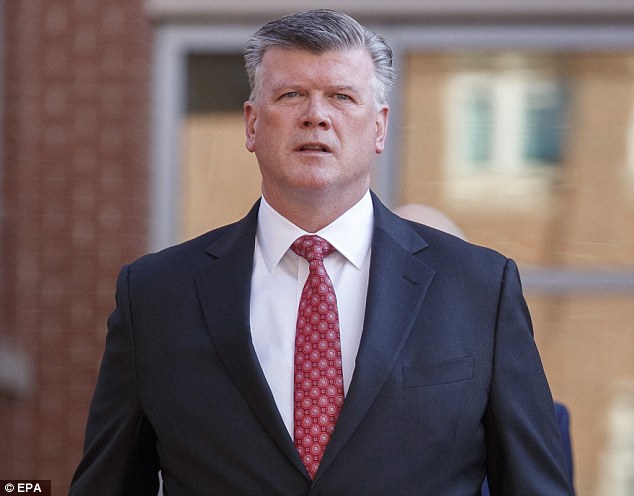 Greed is one of the seven deadly sins, and a professor has found that the richest people in our society are the most unethical. The comments come as Paul Manafort (pictured), President Trump’s former campaign chairman, endures a trial that alleges he defrauded banks and dodged taxes

Dr Dacher Keltner, a psychologist at the University of California at Berkeley, this week told The Washington Post that belonging to a higher social class predicts increased unethical behaviour.

He said: ‘To researchers who study wealth and power, it’s dismaying but not surprising, because it tracks so closely with our findings.

‘The effect of power is sadly one of the most reliable laws of human behaviour.’

Dr Keltner has spent decades studying wealth, power and privilege, co-authoring pioneering research to assess the difference in how the rich and the poor deal with various social situations.

He conducted seven experiments that found upper-class individuals were more likely to break the law while driving, exhibit unethical decision-making tendencies, take valued goods from others, lie in a negotiation, cheat to win, and are also more inclined to endorse unethical behaviour at work.

The research, published in PNAS revealed the ‘unethical tendencies are accounted for, in part, by their more favourable attitudes toward greed’, Dr Keltner and his colleague, a then-graduate student called Paul Piff, wrote in their paper.

In one of the experiments, the researchers positioned themselves at a busy junction and noted the cars that cut drivers off, rather than waiting their turn.

The researchers found drivers in more expensive cars were four times more likely to ignore the laws than those in more reasonably priced vehicles.

‘It told us that there’s something about wealth and privilege that makes you feel like you’re above the law, that allows you to treat others like they don’t exist,’ Dr Keltner said.

A follow-up piece of research from the same researchers found the richest people are also more likely to take sweets from children. 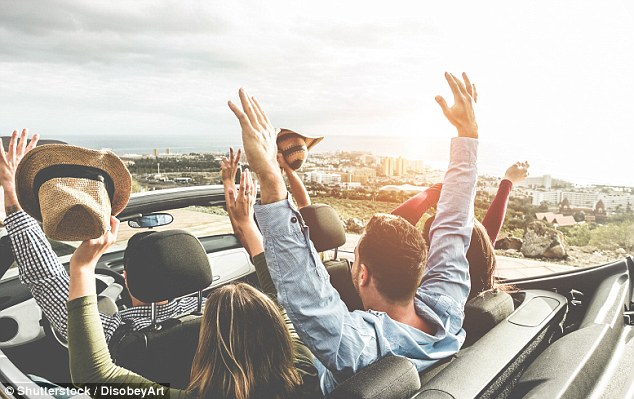 Upper-class individuals were more likely to break the law while driving, exhibit unethical decision-making tendencies, take valued goods from others, lie in a negotiation, cheat to win and are also more inclined to endorse unethical behaviour at work (stock)

They asked 129 people to compare their finances with people who had either more or less money. Those who felt richer after comparing their finances to poorer people took significantly more for themselves.

‘Wealth is basically a mechanism for power, and power has a freeing effect on people. It takes away the constraints of society and frees people to act according to their dominant desires,’ said Adam Galinsky of Columbia Business School, whose experiments have explored how power often propels people’s actions.

Much of the psychological research into wealth and power is relatively new.

As a result, many of the findings are still being tested and need to be confirmed by replication, researchers say.

‘I wouldn’t say these questions are settled. There are disagreements about the exact effect of wealth and ethics and how large the effect is,’ said Michael Kraus, a social psychologist at Yale’s School of Management.

‘There’s a lot of reasons we should care about the ethics of wealthy people.

‘Even if research found that they were no more unethical as anyone else, their influence on the world is so much greater.

‘If someone like me steals something, it only affects only a handful of people.

‘But if someone like Manafort steals or lies or cheats, it affects so many more people.

‘There are foreign governments and banks involved. You start getting into that area where it can affect the whole country and the course of democracy.’

IS LUCK THE KEY TO A SUCCESSFUL LIFE?

Recent research suggests the world’s most successful people are simply the luckiest.

A mathematical model found that success is more often down to luck than it is talent or intelligence.

‘We assume the richest people have done something right and deserve our attention and rewards,’ Chengwei Lau of Warwick Business School told the British Science Festival in Brighton in September 2017.

‘They’re still pretty good, but not necessarily the best,’ he said.

Top performers are often the luckiest people, who have benefited from rich-get-richer dynamics that boost their initial fortune.

Mr Lau said: ‘For example, Bill Gates’s upper class background enabled him to gain extra programming experience when less than 0.01 per cent of his generation then had access to computers.

‘His mother’s social connection with IBM’s chairman enabled him to gain a contract from the then leading PC company, generating a lock-in effect that was crucial for establishing the software empire.

‘Of course, Gates’s talent and effort play important roles in the extreme success of Microsoft. But that’s not enough for creating such an outlier.’