Professor Dawkins is highly regarded for his assertive take on atheism and his rejection of religion, but made the bombshell confession while chatting to iconic star – and fellow atheist – Mr Gervais. The pair discussed the topic in detail while appearing in a church, in which both dissected the true meanings behind God and why people believe in religion. During the talk, Prof Dawkins admitted that if he had lived in a pre-Charles Darwin era, before the theory of evolution was truly understood, then he would likely be a believer in God.

Prof Dawkins said: “Some people would say that the scientific view is rather bleak and cold. Here we are on a cloud – well a bit of dust really – that is orbiting the Sun and it’s going to go and it’s all going to be destroyed one day.

“Do you find that bleak?”

Mr Gervais, who is often outspoken in his views on religion, criticised the opinion, explaining: “There’s no god-fearing person of any religion who feels as much awe as me when I see a mountain or a tree, or the star or anything in science and nature and art, I don’t buy it.

“I just don’t buy it. The fact that this is a miraculous mistake.” 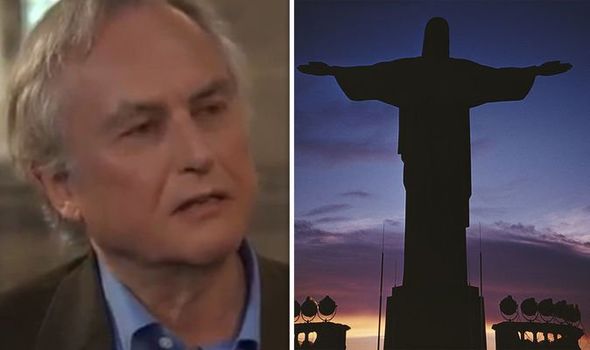 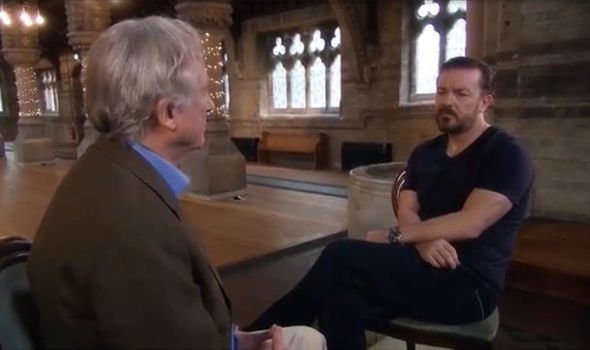 Prof Dawkins interjected: “And you and I are privileged to be here to enjoy it even if it’s for a short time, that’s wonderful.”

Mr Gervais then swiped: “Oh yeah, it’s good that we were born after they discovered fossils and dinosaurs isn’t it?”

Prof Dawkins then explained that it was good that “we were born at all”, before Mr Gervais asked: “What would you be like if you were pre-Darwin?”

The atheist replied in 2012: “Oh I would probably believe in God if I were pre-Darwin.”

JUST IN: Richard Dawkins fury: How atheist hit out at religion’s ‘pathetic bid’ 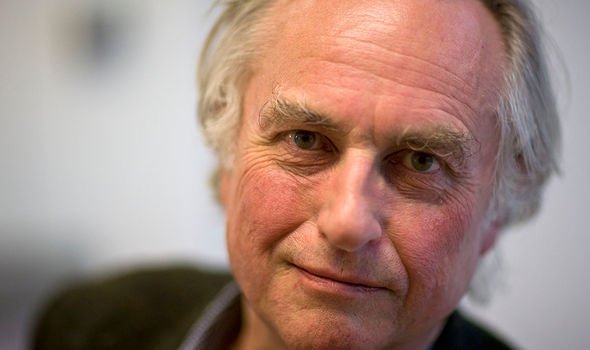 It isn’t the first time Mr Gervais has been critical of those who rally against atheism, which is described as being a “disbelief or lack of belief in the existence of God or gods”.

Mr Gervais, who is also a major force in the battle for animal rights, criticised those who claim atheism is a form of arrogance in a discussion with Nicky Clark in 2015.

He explained that among some of the biggest misconceptions about his beliefs were likening it to Satanism, or even defining atheism as there being “belief there is no God” as opposed to understanding it as a lack of belief. 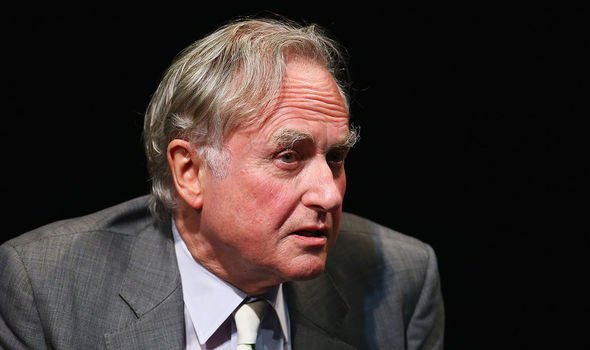 The star added: “A particularly annoying one is that atheism is smug or arrogant.

“What can be more arrogant than believing that the same God who didn’t stop the Holocaust will help you pass your driving test?”

Throughout his career, Mr Gervais has sought to defend himself and his beliefs following major rows in the past, especially when people cite arrogance among atheists.