Robots that analyse a defendant’s body language to determine signs of guilt will replace judges by the year 2070, according to an artificial intelligence expert.

Writer and speaker on AI Terence Mauri believes the machines will be able to detect physical and psychological signs of dishonesty with 99.9 per cent accuracy.

He claims they will be polite, speak every known language fluently and will be able to detect signs of lying that couldn’t be detected by a human.

Robot judges will have cameras that capture and identify irregular speech patterns, unusually high increases in body temperature and hand and eye movements.

Terence Mauri (pictured) is an AI expert, author and founder of Hack Future Lab, a global think tank. He believes robots could replace the majority of human judges and become a common feature of most criminal and civil hearings in England and Wales by the early 2070s

Data will be then analysed to provide an ‘error-free’ judgement of whether a defendant or witness is telling the truth.

Mauri expects the machines to be ‘commonplace’ in most criminal and civil hearings in England and Wales in 50 years, according to the Telegraph, based on his two-year study.

‘AI has created unprecedented changes in the way that people live and work by performing complex problems with a level of consistency and speed that is unmatched by human intelligence,’ said Mauri, who runs London-based policy institute Hack Future Lab.

‘In a legal setting, AI will usher in a new, fairer form of digital justice whereby human emotion, bias and error will become a thing of the past.

‘Hearings will be quicker and the innocent will be far less likely to be convicted of a crime they did not commit.’

Most senior judges won’t have their jobs taken, however, because they will be needed to set legally binding precedents, create new laws and oversee appeals.

And while barristers will be safe to argue their client’s case, other legal roles – including solicitors, chartered legal executives, paralegals, legal secretaries, and court clerks – will become taken by machines too by 2070.

AI will also replace human judges in criminal and civil hearings in the magistrates courts, county courts and family courts where a jury is not required, Mauri thinks.

However, he said the UK is ‘some way off from seeing bewigged robot judges presiding in court rooms’. 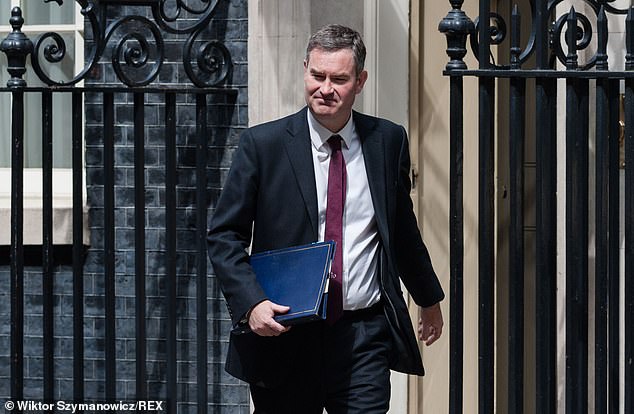 ‘We cannot ignore the speed at which technology is spreading and being integrated into all of our lives is throwing up some big ethical, regulatory and social questions,’ Gauke told an audience of legal professionals. ‘We need to tackle these head on.’

‘Human lawyers have emotional intelligence and are regulated, with bias that is accounted for.

‘AI, on the other hand, operates on facts and numbers alone, is currently unregulated and data is only as unbiased as the hands and heads of its creators.’

The government announced £2 million in funding for new emerging technologies in the legal sector in June 2019, but was tight-lipped on what these technologies would be or if it would include robot personnel in the courtroom.

The fledgling technology has already been used in Estonia, where an AI-powered judge has been used to settle small court claims of up to £6,000, freeing up human professionals to work on bigger cases.

The judge is fed legal documents, which it analyses before coming to a decision based on its pre-programmed algorithms.

Meanwhile, China has been using a system of artificial-intelligence judges, cyber-courts and verdicts delivered on chat apps since 2017. 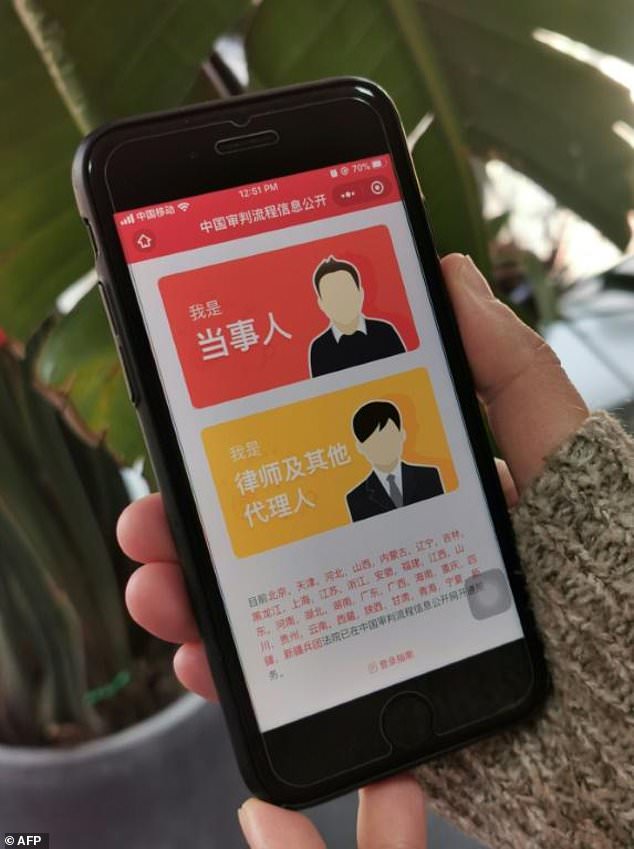 In a demonstration, authorities showed how the Hangzhou Internet Court operates, featuring an online interface with litigants appearing by video chat as an AI judge, complete with on-screen avatar, that prompts them to present their cases.

The ‘cyber court’ is offered on popular social media platform WeChat, which is better known for its chat and mobile payment capabilities.

China is encouraging digitisation to streamline case-handling within its sprawling court system using cyberspace and technologies like blockchain and cloud computing, China’s Supreme People’s Court said in a policy paper.