A set of 2000-year-old Roman grooming tools including tweezers and an ear bud have been uncovered by archaeologists.

Experts discovered the ancient grooming set at the bottom of a river, and think they may have fallen in from a barge more than two millennia ago.

The artefacts were dug up by archaeologists near Dartford, Kent, alongside a piece of timber believed to have been used in construction. 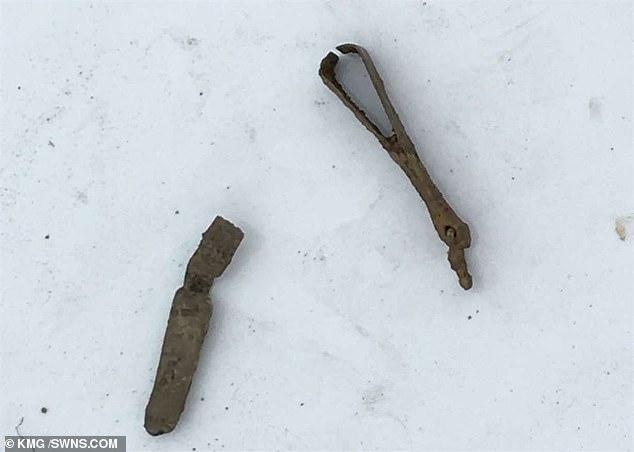 The Roman ear cleaner – which looks like a metal cotton bud – was discovered during the excavation of a drainage trench earlier this year.

A pair of tweezers, which also date back 2,000 years, were shaped identically to modern-day tweezers.

Ebbsfleet Development Corporation, which is building the new Springhead Bridge near Dartford, has commissioned specialists to preserve the timber in wax – a process which takes more than a year.

‘While the work goes on to document the items found, it would be lovely to find them a permanent home here in the Garden City at some point in the future.’

Full-time archaeologists were employed at the site due to significant finds elsewhere in the area – including elephant bones, which were discovered during the construction of the High Speed 1 railway line.

Pottery was also found nearby, which was identified as being of Saxon origin. 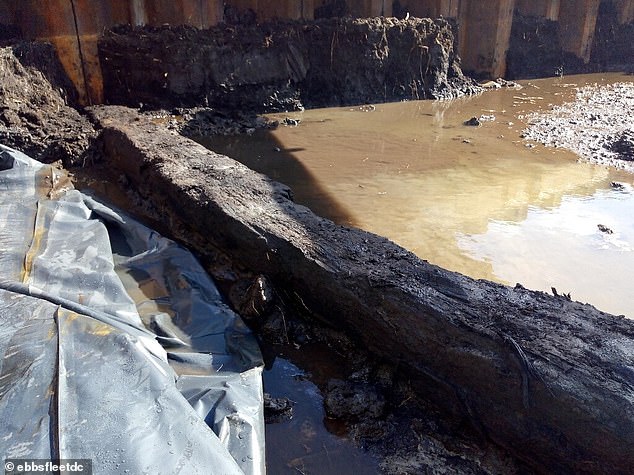 In Roman times, the River Ebbsfleet was the site of a settlement called Vagniacis

In Roman times, the River Ebbsfleet was the site of a settlement called Vagniacis – and used to link Watling Street to the River Thames.

In the 14th century it was a stopping place for pilgrims on the road to Canterbury.

The Chronicle also mentions a bridge across the river at Northfleet in 1451, which was still being used into the 19th century. 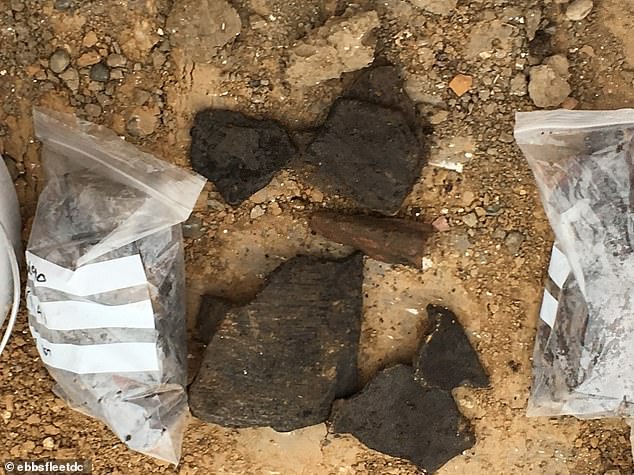 HOW CLEAN WERE THE ROMANS?

Soap hadn’t been invented, but servants rubbed bathers with oil and scraped their skin with curved metal blades.

The residue oil, sweat and skin cells scraped off gladiators’ bodies was sold to female fans in tiny pots and used as face cream.

Much debauchery and hanky-panky went on in Roman baths, which is probably why the early Christians pulled the plug.

Many Romans would have a skilled servant who could use a thin iron razor to shave them.