The news comes as NATO allies remain vigilant over Russian military movements in light of the ongoing conflict in Ukraine. Russian vessels are often seen in the North Sea region as they travel to and from their bases in the Baltic and the Arctic. Shadowing the Russian vessels was the Royal Navy submarine hunter HMS Portland.

The navy said it had tracked the pair of Russian submarines as they travelled underwater, south along the Norwegian coast from the Arctic.

HMS Portland reported on the movements of the Russian cruise missile submarine Severodvinsk and Akula-class attack submarine Vepr on Friday.

The Portland is a Type 23 Frigate which along with its specialist Merlin helicopter are both equipped with the latest electronic technology, sonars, sensors and anti-submarine torpedoes.

One of the RAF’s new long-range maritime patrol aircraft, the P8 Poseidon, also worked closely with HMS Portland to “hunt and track” the submarines, said a Navy spokesman. 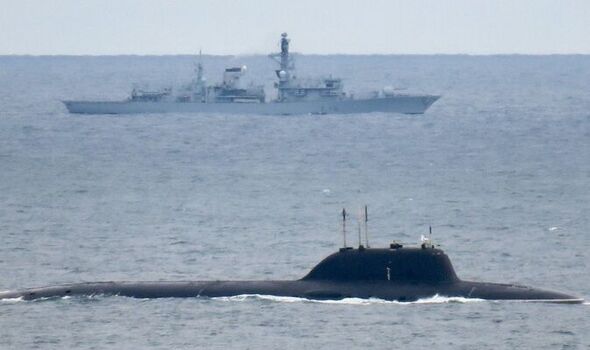 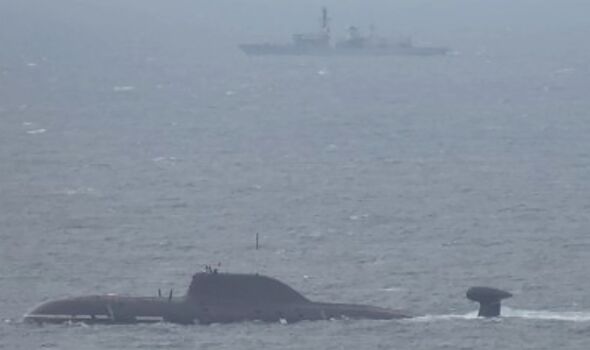 The Ministry of Defence (MoD) does not usually comment publicly on specific submarine-hunting exercises and it comes as Royal Navy sailors are training Ukrainian navy personnel in operating two Sandown-class minehunters which are to be sold to Ukraine.

HMS Portland’s commanding officer, Commander Tim Leeder, said such operations play a “strategically crucial “role” and added the “cohesiveness of Royal Navy, RAF and our allies’ capabilities” ensured we are capable of conducting and sustaining these types of anti-submarine operations in the North Atlantic.” 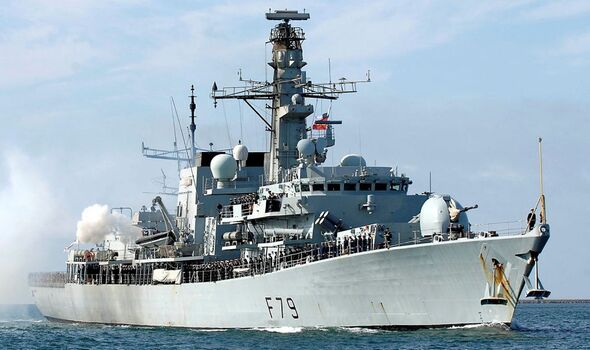 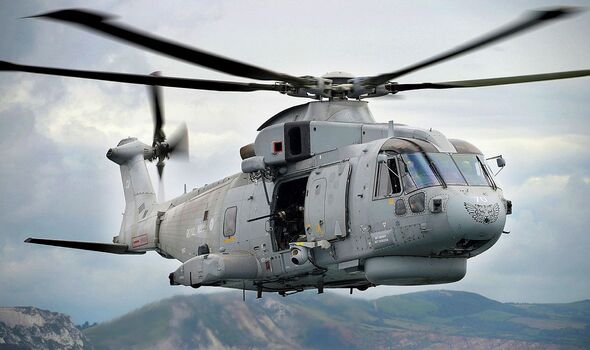 As the events in the North Sea were unfolding, back on land, the Royal Navy is currently providing training to Ukraine’s navy in the operation of two Sandown-class minehunters, which are set to be sold to Kyiv.

The ministers spoke with trainees and the Royal Navy instructors, observing them practising key skills at sea, such as weapon drills and damage control, while learning to operate the machinery on the vessels. 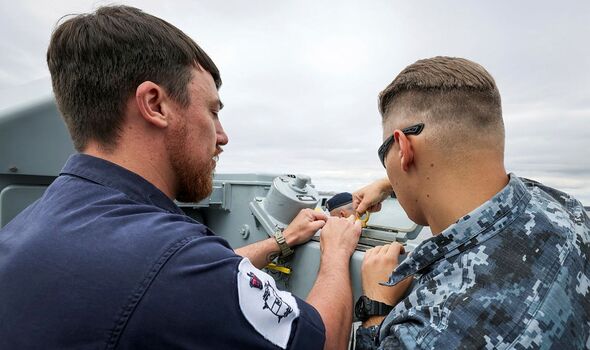 Mr Heappey said: “The intensity with which the Ukrainian soldiers and sailors are training is something to behold.

“They work with the focus of troops who know they’ll be fighting in a war in just a few short weeks’ time.

“Delivering training that matches that intensity and focus is not straightforward.

“The Royal Navy and the British Army are working long hours and drawing on all their operational experience to make sure their new Ukrainian friends are sent into combat with the best chance of victory.”

The Sandown-class minehunters, which were introduced into the Royal Navy in the late 80s, specialise in finding and neutralising mines in deep waters.

The programme is part of training being provided by 1,000 UK service personnel at military sites around the country aimed at preparing volunteer recruits with the skills for frontline combat.

Tension has eased a little in the Black Sea following a deal between Russia and Ukraine brokered by Türkiye allowing grain and wheat to once again be shipped from Ukrainian ports.

However, steps will be needed to protect the ships transporting the staples from deep water mines laid during the onset of the conflict.