Runaway warming could push the world into a ‘hothouse Earth’ state and cause sea levels to rise by almost 200 FEET in just a matter of decades, study warns

Earth may be decades away from a climatic tipping point that triggers runaway global warming and threatens the future of humanity, scientists have warned.

The threshold will be reached when average global temperatures are only around 2C higher than they were in pre-industrial times, new research suggests. They are already 1C higher, and rising.

Feedback mechanisms acting ‘like a row of dominoes’ will then spin the world into a ‘Hothouse Earth’ state of uncontrollable climate change.

Long term, the Hothouse Earth climate will stabilize at a global average of 4C-5C above pre-industrial levels, the study shows. 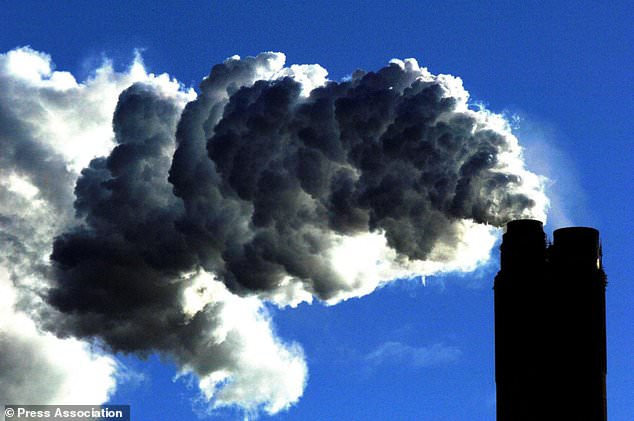 Earth may be decades away from a climatic tipping point that triggers runaway global warming and threatens the future of humanity, scientists have warned. The threshold will be reached when average global temperatures are only around 2C higher than in pre-industrial times

If that happened, swathes of the planet around the equator will become uninhabitable, with sea levels up to 60 metres (197ft) higher than they are today threatening coastal cities.

A Hothouse Earth would pose ‘severe risks for health, economies, political stability, and ultimately, the habitability of the planet for humans’, the international scientists wrote in the journal Proceedings of the National Academy of Sciences.

The research highlighted 10 feedback processes that were predicted to kick in at around 2C of global warming.

Professor Johan Rockstrom, a leading member of the team from the University of Stockholm, Sweden, said: ‘These tipping elements can potentially act like a row of dominoes.

‘Once one is pushed over, it pushes Earth towards another. It may be very difficult or impossible to stop the whole row of dominoes from tumbling over.

‘Places on Earth will become uninhabitable if Hothouse Earth becomes the reality.’ 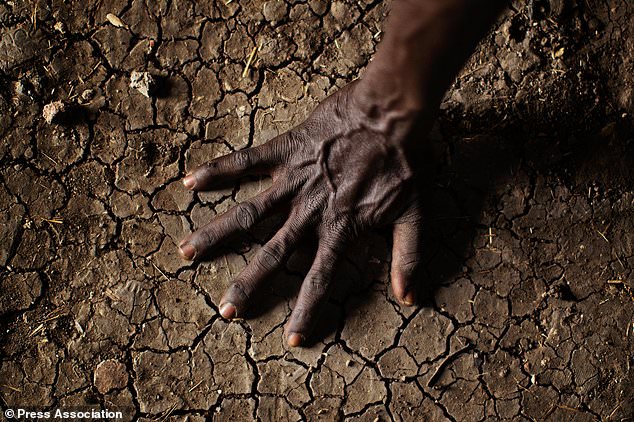 Scientists have warned of catastrophic climate change. Feedback mechanisms acting ‘like a row of dominoes’ will spin the world into a ‘Hothouse Earth’ state of uncontrollable change

WHAT ARE THE KEY GOALS OF THE PARIS CLIMATE AGREEMENT?

The scientists wrote: ‘Our analysis suggests that the Earth system may be approaching a planetary threshold that could lock in a continuing rapid pathway toward much hotter conditions – Hothouse Earth.

‘This pathway would be propelled by strong, intrinsic, biogeophysical feedbacks difficult to influence by human actions, a pathway that could not be reversed, steered or substantially slowed.

‘Where such a threshold might be is uncertain, but it could be only decades ahead at a temperature rise of (around) 2C above pre-industrial.’

Avoiding a Hothouse Earth would require ‘deep cuts’ in greenhouse gas emissions as well as concerted efforts to remove carbon dioxide from the atmosphere, both by preserving natural carbon sinks and using technology, said the researchers. 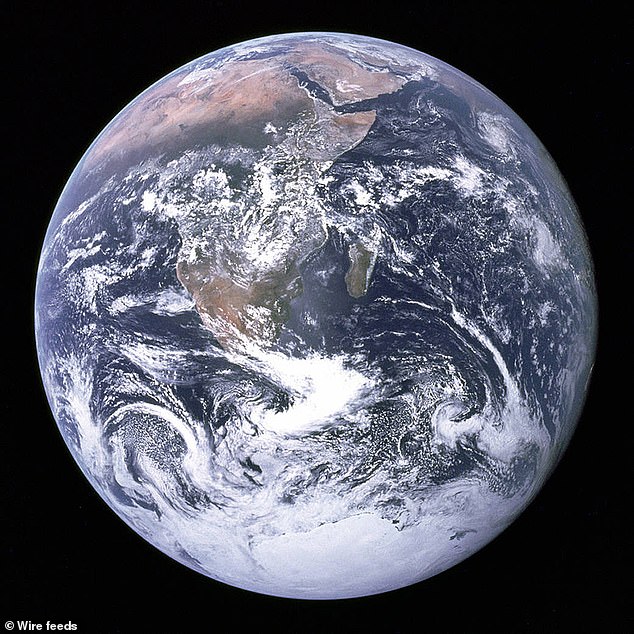 A Hothouse Earth would pose ‘severe risks for health, economies, political stability, and ultimately, the habitability of the planet for humans’, the international scientists wrote in the journal Proceedings of the National Academy of Sciences

HOW MUCH WILL SEA LEVELS RISE IN THE NEXT FEW CENTURIES?

The report also found that every five years of delay beyond 2020 in peaking global emissions would mean an extra 20 centimetres (8 inches) of sea level rise by 2300.

Commenting on the findings, climate researcher Dr Phil Williamson, from the University of East Anglia, said: ‘In the context of the summer of 2018, this is definitely not a case of crying wolf, raising a false alarm. The wolves are now in sight.’

Chris Rapley, Professor of Climate Science at University College London said: ‘Previous research has shown that an increase in the mean global temperature of 11-12C would make more than half of the land area currently occupied by humans uninhabitable.

So, a ‘runaway’ warming to a new and uncontrollable hot state would represent an existential threat to humanity and the majority of existing species.’