In a sensational breakthrough, UK scientists announced they had observed phosphine gas 30 miles up in Venus’ atmosphere and failed to identify a process other than life that could account for its presence. Traces of the rare molecule raises the possibility that life gained a foothold on Earth’s inner neighbour and remnants clung on in its clouds as global warming left the planet’s surface uninhabitable. But the magnitude of the discovery made by Professor Jane Greaves and her team at Cardiff University was arguably overshadowed.

Dmitry Rogozin told reporters at the HeliRussia 2020 exhibition: “Resuming Venus exploration is on our agenda. We think that Venus is a Russian planet, so we shouldn’t lag behind.”

While many were shocked by the statement, Emeritus Professor of Space Science at the Open University, John Zarnecki, explained to Express.co.uk why they would make such a claim.

He said: “I assumed when I saw the statement from the head of Roscosmos that it was tongue in cheek, he didn’t mean it in any formal sense. 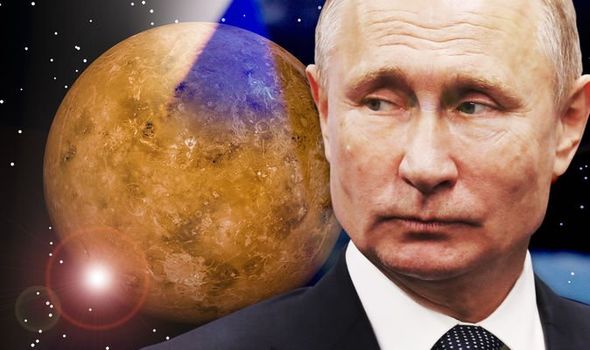 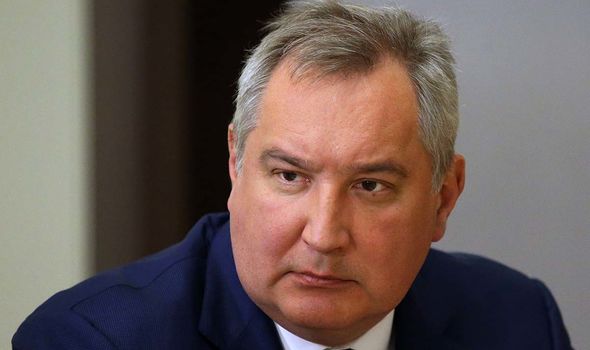 “If he did mean it, no one is taking him seriously.

“The Russians did have an enormous effort in the Sixties, Seventies and Eighties with the Venera programme and so they naturally feel an affinity with it.

“It’s a very difficult place to send a spacecraft to and they had moderate success while the US focused on Mars – that was the way it was.

“In that sense you could say Mars is a US planet and Venus is a Soviet planet, but I don’t think that was ever meant literally – if it was there are treaties that say no nation can own a body in space.”

Dr Jeffrey Kargel, Senior Scientist at the Planetary Science Institute in Arizona, US, who studies the chemical composition of Solar System objects, said the claims were “absurd and meaningless”. 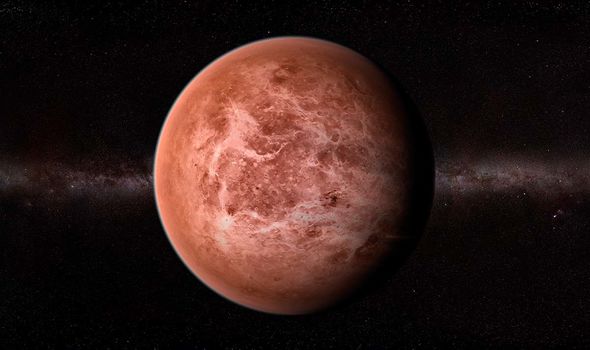 He explained that they went against the Outer Space Treaty (OST), which the Soviet Union signed in 1967, along with the US and UK.

Despite this, Dr Kargel urged that the comments should be taken seriously, adding that Venus could one day be of great value with the development of science and technology.

He told Express.co.uk: “However ridiculous this claim is, it should not be left unaddressed, as we can project forward and see that ridiculous claims that are left unaddressed by major spacefaring nations may use those claims as a precedent, which may come back and haunt humanity.

“Unfortunately, the major spacefaring nations of the world, aside from Europe, seem to be in haste to eliminate treaties and make the world, and now the Solar System, a free-for-all competition among nations to do their level best to disturb peace and international harmony.

“This matter is simultaneously an absurdity and extremely serious. 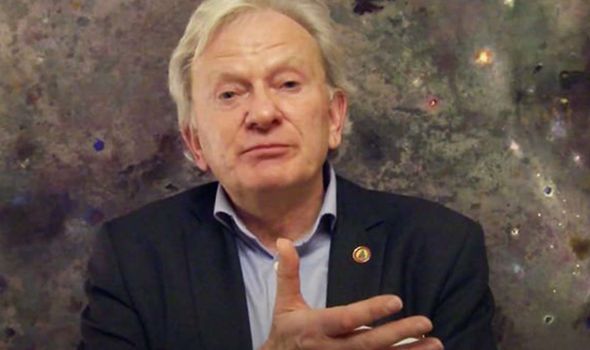 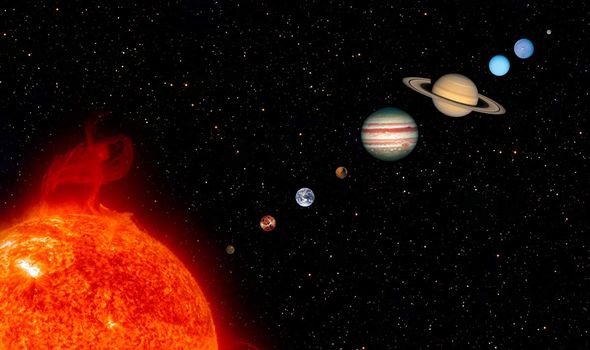 “It seems fairly evident that mining minerals on Venus would make absolutely no sense.

“But collecting and culturing Venusian microbes, and making some kind of profitable use, might not be all that incredulous – presupposing that the phosphine interpretation as a metabolic product is correct.”

Professor of Public International Law at the University of Reading, James Green, who is an expert in law relating to cyber warfare and space, explained how the treaty works.

He told Express.co.uk: “Russia cannot claim sovereignty over Venus as a matter of international law.

“The OST is clear, in Article 2, that ‘outer space, including the Moon and other celestial bodies, is not subject to national appropriation by claim of sovereignty, by means of use or occupation, or by any other means.’

“Admittedly, the OST doesn’t define what a ‘celestial body’ is exactly, and there has been some debate as to whether, for example, asteroids would qualify, but there is no doubt that a planet – such as Venus – would. 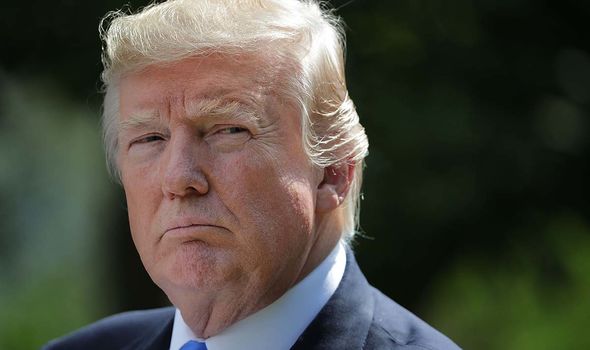 “My guess over Russia’s claim would be that it is a matter of posturing, and responding to the US’ current ambitious spacefaring agenda.”

In 1969, Neil Armstrong became the first man to walk on the Moon during NASA’s iconic Apollo 11 mission.

The legendary astronaut jumped off the lunar lander Eagle and delivered his “one small step” speech, before burying the US flag into the lunar surface, bringing an end to the bitter Space Race with the USSR.

Today, echoing scenes of the Cold War, nations are competing in space once again, but Prof Zarnecki does not think it is Russia that poses the biggest threat.

He said: “Although Russia is very important to space, quite frankly, in terms of space exploration, it has achieved very little since the fall of the Soviet Union.

“It has not had a single successful interplanetary space mission since then, it’s way, way behind the US, Japan, China, Europe and even India.” 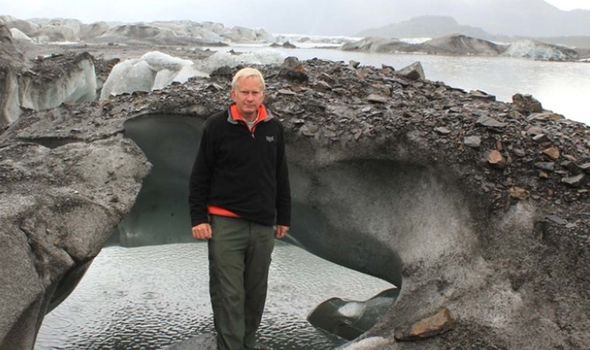 While Prof Zarnecki refuses to rule Russia out in the future, he pointed to China as a nation making greater leaps to match the might of Washington.

He added: “Russia is not a big player now. They have the potential to be, and maybe we will see a resurgence.

“But, to be honest, they’ve made lots of announcements over the years which have not come to very much.

“The Space Race, if there is one, is going to be between the US and China.

“China doesn’t make mad claims and they are, by their own admission, behind the Americans, but they are catching up very fast.

“The soft landing on the far side of the Moon that they did a few years ago was really impressive and everybody took notice then.” 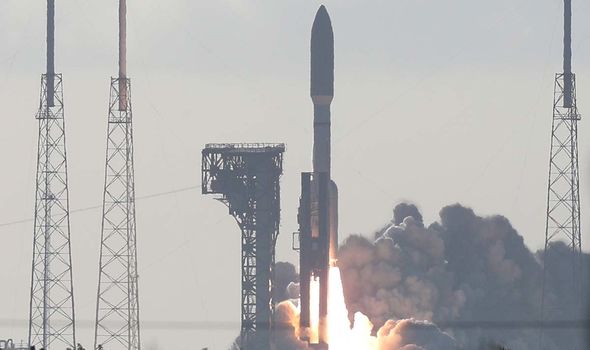 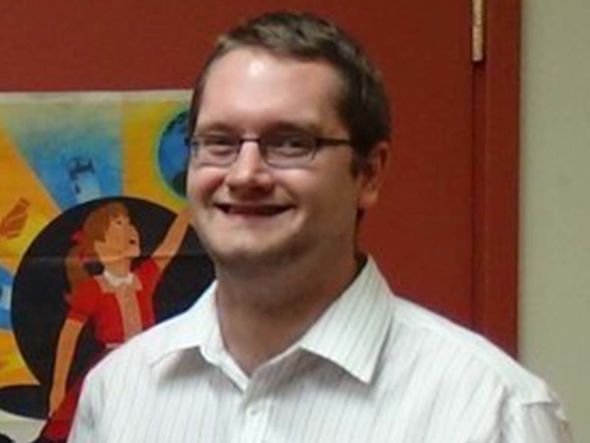 NASA’s Perseverance Rover will land on the Red Planet on February 18, 2021, as part of the US space agency’s Mars 2020 mission.

It is the most advanced probe ever sent to Mars and will help to determine whether the planet was once habitable, before collecting key data to help NASA prepare for future human missions to the planet.

And Prof Green explained why he believes US President Donald Trump is key to keeping the wind in the sails of future space plans for NASA.

He told Express.co.uk: “It is true that the US has recently set out a very ambitious agenda for space exploration going well beyond anything that has been suggested since the first Space Race.

“And I think Russia and China are reacting to that on the political level by ramping up their own rhetoric and capabilities.

“But how far the US position will be maintained beyond Trump’s presidency, even if he wins in November and gets four more years, I’m not certain. 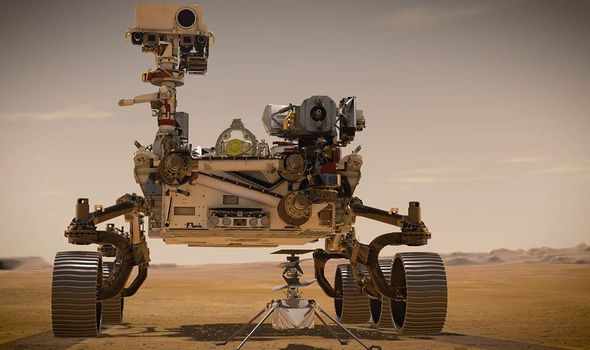 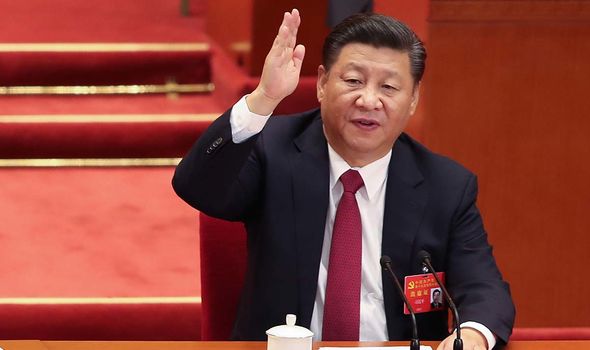 “I can see this sliding away quite quickly after he’s out of office, because to some extent Trump is the driving force, and Russia is just reacting to that for now.”

The launch of Tianwen-1, in July, marked the beginning of a seven-month journey through deep space, and once the mission reaches the Red Planet, China could become the second nation ever to land and operate a rover on the Martian surface.

Three spacecraft will also work in tandem to study the geology and learn more about what might be lurking underneath the planet’s surface.

And then the real race is on to bring the “Holy Grail” back to Earth, Prof Zarnecki revealed.

He added: “China’s approach with Mars is they will be sending orbiters and then I think the aim will be – as with the whole science community – to bring back a sample from the surface. 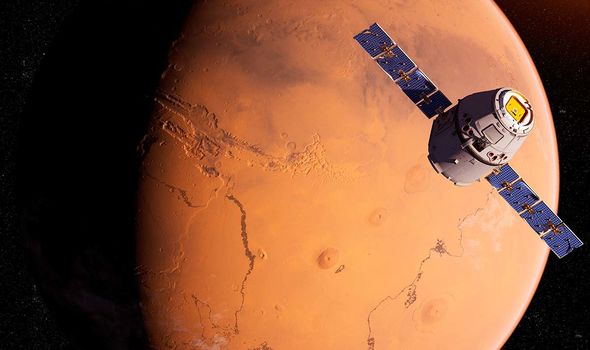 “That is the Holy Grail and will help us with the question if there has ever been life on Mars.

“They will have plans and, of course, the further we look into the future the plans look less credible, but that’s true for all countries.”

But, the Director of the International Space Science Institute fears countries could militarise space in the future as well.

He said: “It’s been true since the first days of space, it [science] is used for all sorts of things, of which one aspect is military and sadly there is no reason to think the same won’t be true in the future.

“We have spy satellites around the Earth, we have weapons there, so as long as there is military competition, it sadly doesn’t have any boundaries.”

For now, Prof Green says the OST can keep these countries under control, and explained that Russia and China are keen to restrict militarisation further. 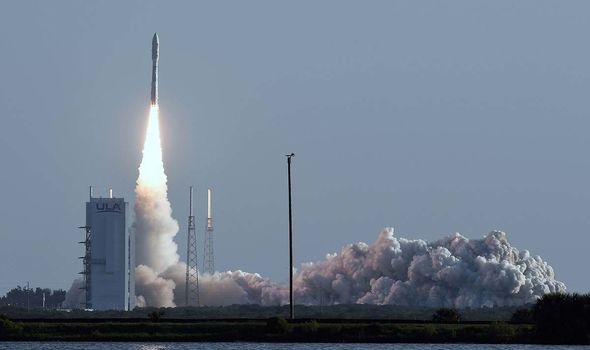 “As such, there have been plans – for more than a decade now – for a new, tighter and more detailed treaty to further restrict any militarisation of space, called the ‘Treaty on Prevention of the Placement of Weapons in Outer Space and of the Threat or Use of Force against Outer Space Objects’.

“A few drafts have circulated at the United Nations. But while it had some support, so far, including from both Russia and China – which, in fact, drew up these drafts, this idea hasn’t had enough support to look like such a treaty might realistically be adopted any time soon.

“Nonetheless, under the OST a military base on Mars, for example, would be clearly unlawful.

But, he has called for further tightening of international governing bodies. 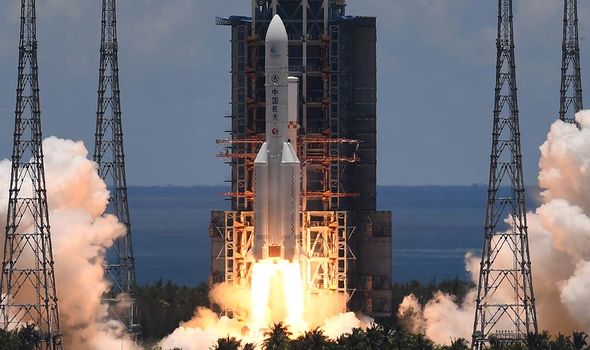 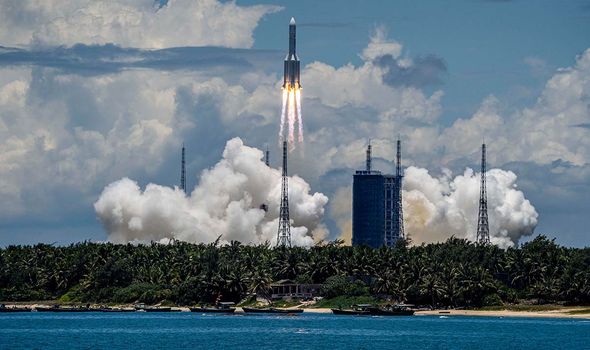 Prof Green continued: “So, that happening again on Mars, is certainly a possible outcome should we reach a point where we have people there. As a matter of law it would be a violation. As a matter of practice it seems plausible.

“Whether there is a need for a new body to be set up for spacefaring activity in general when we already have the United Nations Office for Outer Space Affairs (UNOOSA), I don’t know.

“The structure is already there in the UNOOSA, but it does not have much power of oversight.

“So I would, in most circumstances, suggest strengthening the powers of the UNOOSA rather than creating something new.

“Ultimately, though, as with much of the UN’s activities, support is needed from member states to make it effective.

“Whatever body we have, countries must ‘buy in’ to it, or it won’t be able to achieve very much.”

Prof Zarnecki hopes nations will put politics aside to get the first humans on Mars.

Tipping 2040 as a date for the first steps on the Red Planet, he said it is more likely to be the result of a small coalition of nations rather than a genuine international effort.

He continued: “We’ll probably send a person to Mars in my lifetime, so the next 25 years.

“I still like to think, ultimately, when we put humans on Mars it will be a big multi-national collaboration – frankly, I think that’s the only way to do it.

“But, it is a big ask and it involves lots of technology so it would make sense to be an international collaboration.

“China and Russia have worked together a bit before, with the Phobos-Grunt mission, but that ended up in the Pacific.

“After that, I think there was a feeling from China of ‘let’s do it on our own because Russia is screwing up at the moment’.”