Home » Science » Sabre-toothed gorgons bit each other for dominance

Sabre-toothed mammals the size of bears that roamed the Earth before dinosaurs bit each other in the FACE to assert dominance: Ancient ‘gorgon’ skull found in South Africa still had a tooth lodged in it

Sabre-toothed mammals the size of bears that lived on Earth between 300 and 250 million years ago attacked one another by biting the face, newly published research shows.

Known as gorgonopsians, these massive animals — which had five-inch teeth like ‘steak knives’ — likely attacked one another for social dominance, the researchers said.

The experts, hailing from the University of the Witwatersrand and Iziko South African Museum analyzed the skull of a gorgonopsian discovered new Cape Town, South Africa and discovered an embedded tooth in the snout.

The researchers are not 100 percent of the attacker, but the ‘most likely scenario’ is some kind of social signaling with their ‘saber-like teeth,’ the researchers wrote in the study. 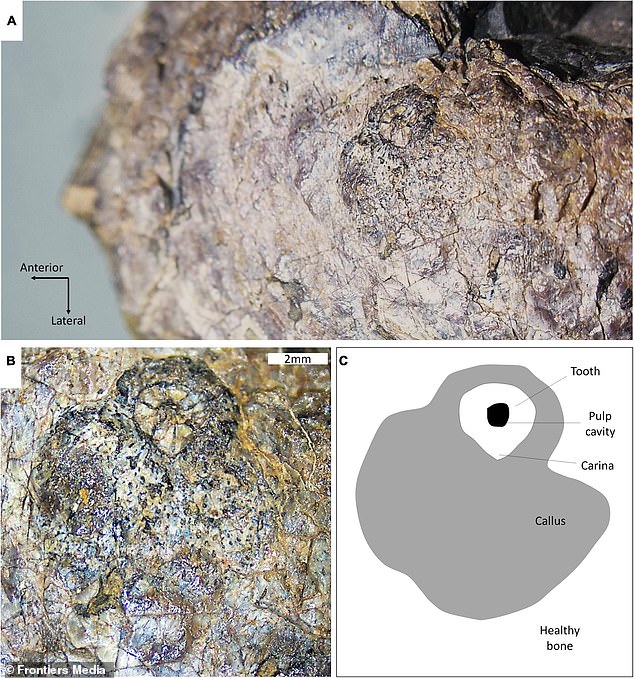 Gorgonopsians attacked one another by biting the face of one another, according to a news study

‘The practice of social biting has long been hypothesized in [non-mammalian therapsids], but this is the first fossilized evidence of the behavior to be described.’

The skull was first discovered in the Karoo desert in 1940 by South African paleontologist Lieuwe Dirk Boonstra, but the bite mark was not discovered until earlier this year.

At this point, it’s unclear what genus the Gorgonopsid skull belongs to – it was first attributed to Gorgonopsid curvimola, but eventually it was re-identified as undetermined.

‘If we are right saying that this bite is the result of ritualized face-biting between two gorgonopsians of the same species,’ then this is the first evidence of social biting behavior in a non-mammalian synapsid,’ the study’s lead author, Julien Benoit, said in comments obtained by Live Science.

The skull was discovered in 1940 in South Africa, but it was not until recently experts found an embedded tooth in the snout. The bite likely did not kill the gorgonopsian, given that there is a callus on its skull 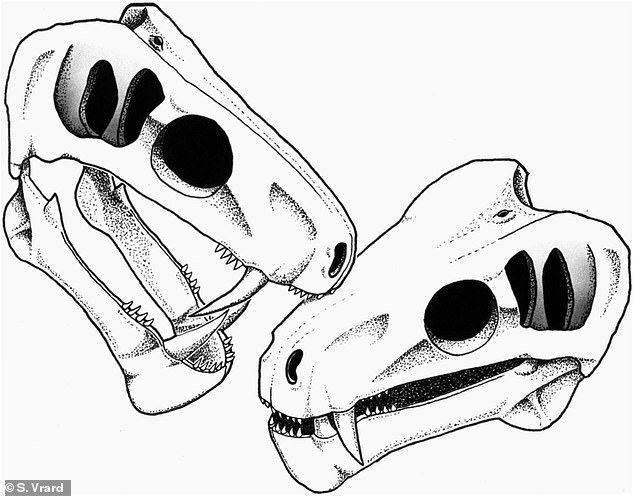 Also known as ‘gorgons,’ these mammals grew as large as 10 feet long

‘Unlike a predatory bite that is meant to kill, non-lethal face biting is a common outcome of these kinds of ritualized combat,’ Benoit added.

‘To us, this strongly suggests that the biter was another gorognopsian of the same species, which is consistent with the size of the tooth.’

Gorgonopsians were the largest predators of the late Paleozoic, the era just before dinosaurs. 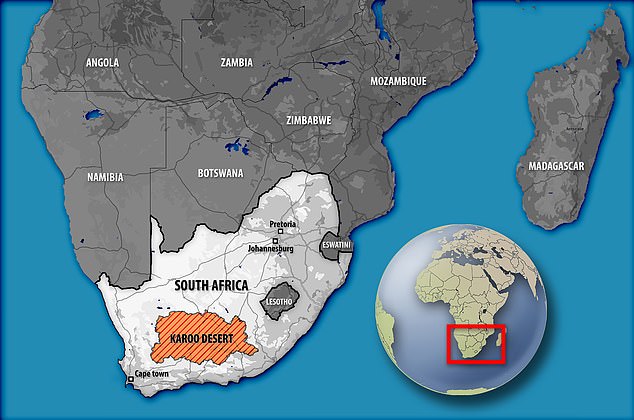 Also known as ‘gorgons’, they grew as large as 10 feet long and were among the most ferocious predators ever.

In 2020, a separate group of researchers found that gorgonopsians had 5-inch canines ‘like steak knives’ with a saw-like design once though unique to meat-eating dinosaurs.

Four years prior, researchers discovered a cancerous tumor in the jaw of a gorgonopsid, making it the world’s oldest cancer case. 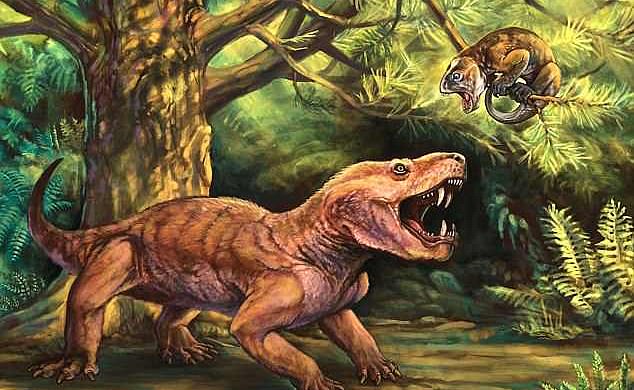 The bite likely did not kill the gorgonopsian, given that there is a callus on its skull.

‘The presence of a callus suggests that the gorgonopsian was bitten 2–9 weeks before it died based on mammalian healing capabilities,’ the researchers wrote.

‘The absence of a drainage channel for pus or any other trace of infection suggests that an infection resulting from the bite was likely not the cause of death.’

If it was not another gorgonopsian that attacked it, it’s possible it could be an anteosuar or some other unknown carnivore at the time.

However, it’s likely that it is a gorgonopsian, given that anteosaurs had ‘large teeth and a crushing bite, not compatible with the small size of the embedded tooth and light damage observed in [the skull,]’ the researchers wrote in the study.

The research was published this summer in the scientific journal Frontiers in Ecology and Evolution and presented last week at the Society of Vertebrate Paleontology conference.

WHAT WAS THE PERMIAN MASS EXTINCTION, KNOWN AS ‘THE GREAT DYING’ THAT KILLED 9 OUT OF EVERY 10 SPECIES?

Around 248 million years ago, the Permian period ended and the Triassic period started on Earth.

Marking the boundary between these two geologic eras is the Permian mass extinction, nicknamed ‘The Great Dying’.

This catastrophic event saw almost all life on Earth wiped out.

Scientists believe around 95 per cent of all marine life perished during the mass extinction, and less than a third of life on land survived the event.

In total, it is believed that 90 per cent of all life was wiped out.

All life on Earth today is descended from the roughly ten per cent of animals, plants and microbes that survived the Permian mass extinction.

Previously, it was believed a huge eruption blanketed the Earth in thick smog, blocking the sun’s rays from reaching the planet’s surface.

However, new findings suggest a massive volcanic eruption that ran for almost one million years released a huge reservoir of deadly chemicals into the atmosphere that stripped Earth of its ozone layer.

This eradicated the only protection Earth’s inhabitants had against the sun’s deadly UV rays.

This high-energy form of radiation can cause significant damage to living organisms, causing the death toll to skyrocket.