Home » Science » Saturn in pictures: You never saw the Ringed Giant like THIS – Incredible Hubble photos

The Saturn pictures portray the planet in a palette of pastel-like colours unlike anything seen in the night skies.

The top of the planet appears to glow in a deep blue to violet hue, slowly turning green towards the equator.

Around the planet’s centre, Saturn appears to be painted in pink and orange with some intense yellow streaks.

Further down, the planet turns towards muddied hues of green, blue and violet before ending in a deep purple colour around the south pole. 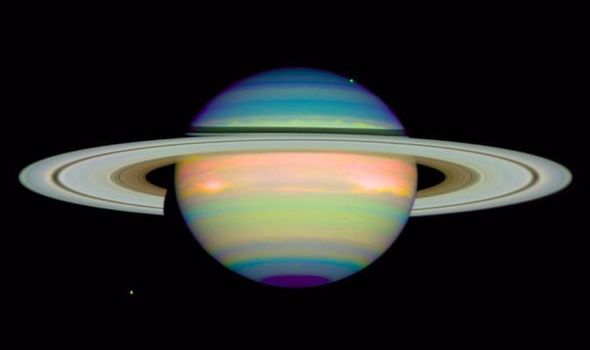 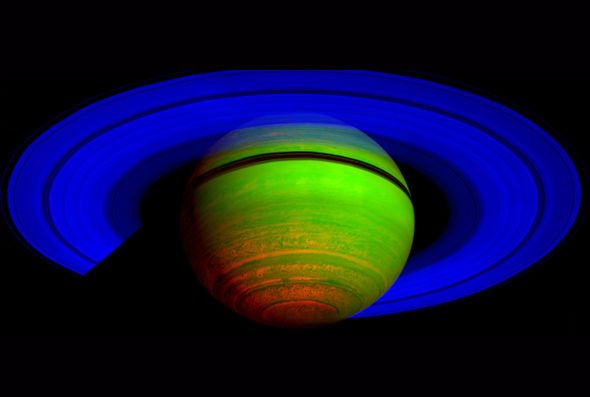 But why is the Ringed Giant painted in these unusual colours?

The incredible palette is the result of NASA’s Hubble looking at Saturn in infrared wavelengths of light.

The colours shift in hue with changes in the atmosphere’s density and composition.

For instance, the dark purple at the South Pole suggests a big hole has opened in the atmosphere.

The lighter red and orange colours, on the other hand, indicate a haze above Saturn’s cloud coverage.

NASA said: “The blue colours indicate a clear atmosphere down to a main cloud layer.

“Different shadings of blue indicate variations in the cloud particles, in size or chemical composition.

“The cloud particles are believed to be ammonia ice crystals.”

For the most part, the planet’s northern hemisphere appears to be relatively clear. 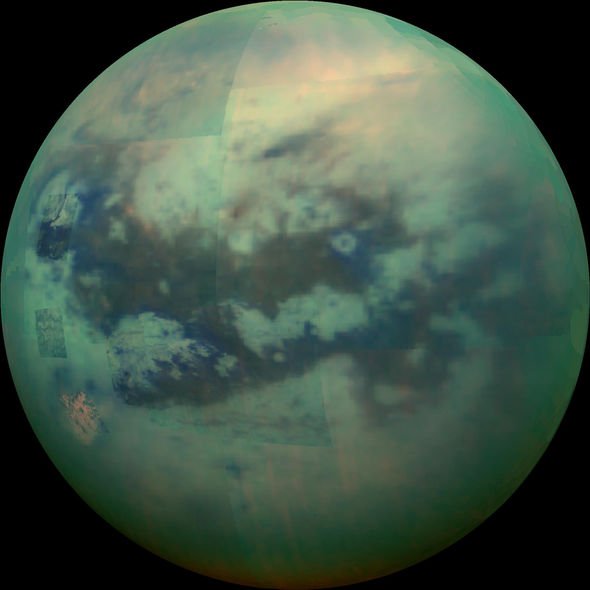 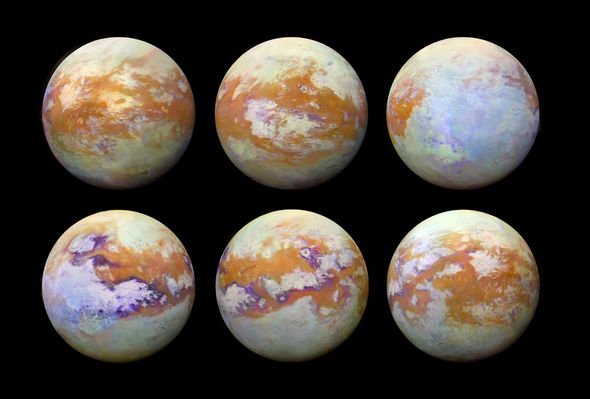 You can see the southern hemisphere is quite hazy thanks to the green and yellow hues.

The green streaks indicate a thin haze but denser parts transition into yellow.

NASA said: “The red and orange colours indicate clouds reaching up high into the atmosphere.

“Red clouds are even higher than orange clouds.

“The densest regions of two storms near Saturn’s equator appear white. On Earth, the storms with the highest clouds are also found in tropical latitudes.”

The green and yellow colours of the satellites indicate their surfaces are quite icy.

Recently, astronomers have announced the discovery of 20 new moons around the Ringed Giant.