A 65-year-old woman in Utah’s Snow Canyon State Park got some unexpected help from a drone operated by the local sheriff’s department, after injuring her ankle while hiking with friends.

While walking near the edge of Island in the Sky, a famous canyoneering and rock climbing route, she slipped and fell several feet, injuring her ankle to the point where she could no longer stand or support her own weight.

The group of three friends she was with  called the sheriff’s search and rescue team rather than attempt to carry her back down the steep and sandy trail themselves. 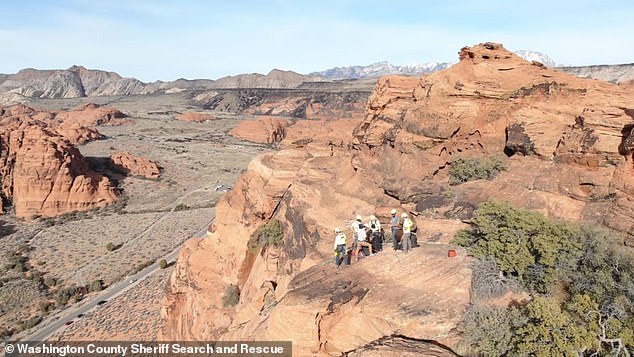 The sheriff’s team decided to bring the woman down from the 400-foot-tall cliff, the equivalent of 40 stories, by strapping her to a stretcher and using a rappelling system to guide her down.

The only problem was they didn’t have enough rope to reach actually reach the ground.

After a failed attempt to launch a coil of rope up from the cliff bottom using a special projectile gun, they decided to call in a drone, which carried 660 feet of special twine rope for the rappelling system in a canister.

‘The canister was light enough for the drone to handle, didn’t have too much wind and so we flew the drone all the way up to where the guys were literally right to their hand,’ Darrell Cashin of the Washington county sheriffs department told Fox 13.

They connected the rope to a rappelling system and used it to safely rappel her down the cliff, where sheriff’s workers took her to a nearby hospital for treatment. 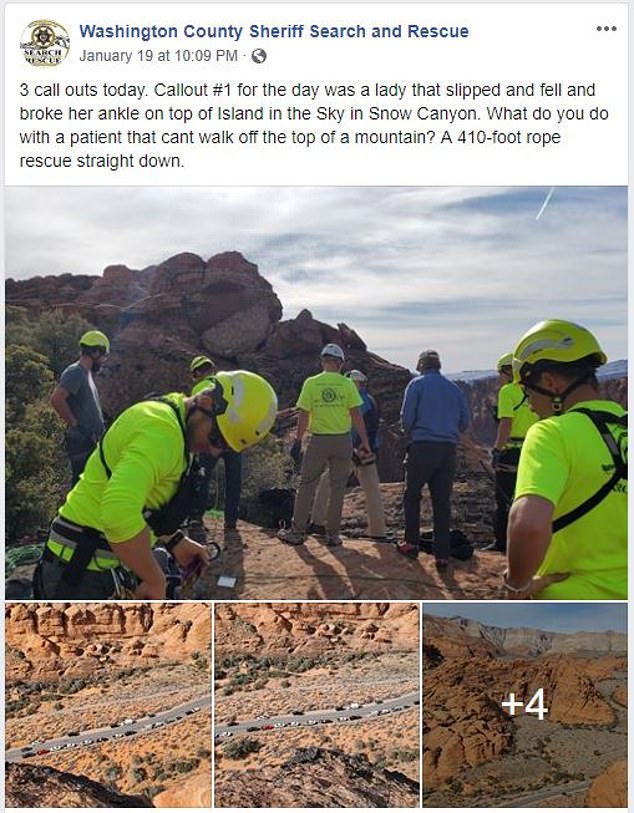 The Washington County Sheriff’s Department has used drones for a number of search and rescue operations, including as a hovering spotlight during night time searches, to help scout for lost hikers, and to deliver water and radio equipment to trapped park guests

The Washington County sheriffs department has come to rely on drones for search and rescue operations more and more in recent years.

“[We are] finding new ways to utilize them and find their capabilities and limitations and new things we can do with them,” Cashin said.

They’ve also been used to scout for lost or missing hikers with no last known coordinates, and they’ve delivered water and radio equipment to people lost in remote areas.