Intimate droids for your dotage: Sex robots should be designed for use by elderly and disabled people to ‘support their emotional health and wellbeing’, ethicist claims

The emotional health and wellbeing of both elderly and disabled individuals could be improved by the use of appropriately tailored sex robots, an expert has said.

Bioethicist Nancy Jecker of the University of Washington has argued that the sexbot industry should expand its market further beyond young, able-bodied men.

Aging may bring physiological changes and an increased risk of conditions like arthritis and cardiovascular disease that can interfere with sexual activity.

However, Dr Jecker noted, this does not remove the desire for intimacy and sexual activity among older adults — however much such is dismissed by society.

A study in 2007, for example, found that more than half of 65–74 year-olds remain sexually active, as did more than a quarter of people aged between 75-85. 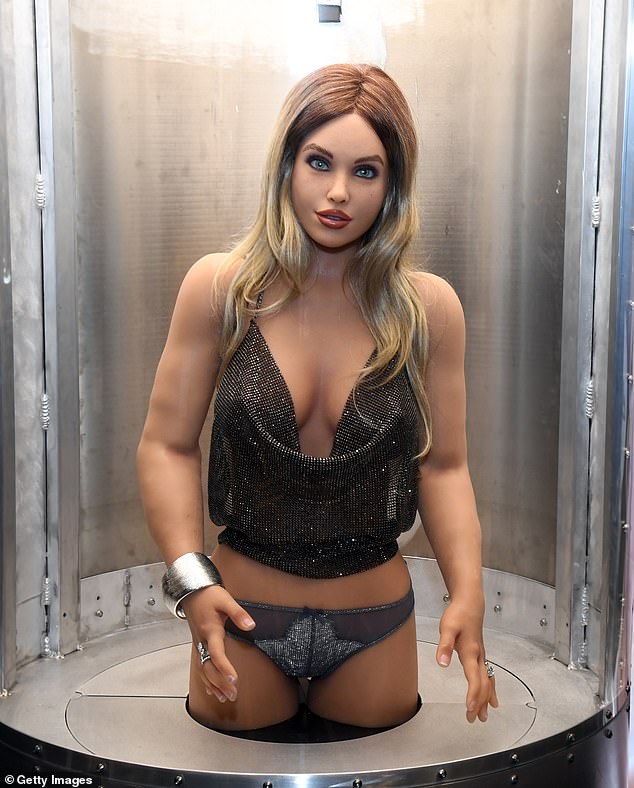 The emotional health and wellbeing of both elderly and disabled individuals could be improved by the use of appropriately tailored sex robots, an expert has said. Pictured, a ‘Harmony RealDoll’ customisable sexbot on display at the 2020 AVN Adult Entertainment Expo

THE RISE OF SEXBOTS

There are around five makers of sex robots worldwide, with prices ranging from around £4,000 to more than £11,600 for a ‘deluxe’ model.

The market for sexbots is currently 95 per cent male-dominated.

One US survey of 100 people that found two-thirds of males aged 20-61 would have sex with a robot, compared with a third of women.

While they are becoming ever more realistic, scientists say it could be 50 years before robots are able to move and talk spontaneously like a partner and have realistic facial expressions.

Some psychologists suggest that sex with robots will ‘desensitise humans to intimacy and empathy.’

‘Given ageist attitudes toward old age sexuality, it should come as no surprise that sex robots are generally not pitched to older people with disabilities,’ commented Dr Jecker.

‘Instead, the current sex robot industry is focused on young, able-bodied, male clientele,’ she explained.

Critics of the sexbot industry have said that such adult products — which are typically gynoid, or female, in design — encourage the objectification of women, promote impossible beauty standards and engender prejudice.

However, Dr Jenker counters, the marketing of sexbots for seniors could both help to counter societal ageism while promoting good health.

Sexual desires are fundamental to human adulthood, she said, and everyone is entitled to express such.

Enabling such expressions in ‘integral’ to human dignity and respect, Dr Jenker continued.

Moreover, the bioethicist added, sexbots could provide intimacy and connectedness at a time of life which is often sadly beset by isolation and loneliness.

‘With assistance, older adults can continue to be sexual in ways they value, including sustaining sexually intimate relationships, deriving pleasure from sexual activity, and preserving high-quality sexual lives.’ 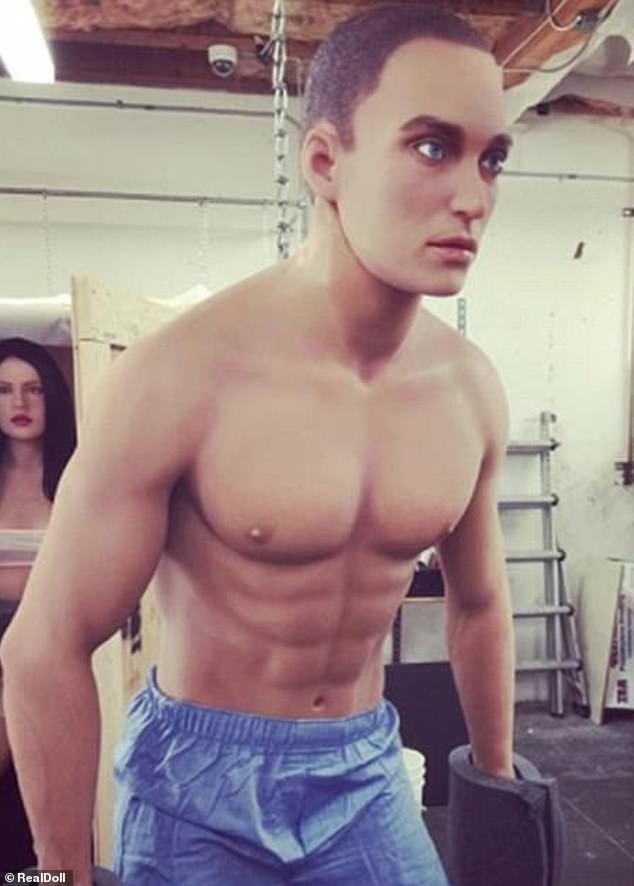 ‘Older people suffer disproportionately from disabilities that interfere with their sexual capabilities. When this occurs, they often do not receive the support they need to maintain sexual function,’ Dr Jecker said.

‘Not only do older adults face ageism and ableism […],  but also healthcare professionals typically do not broach the subject of sexuality and medicine is peppered with examples of ageist beliefs about later-life sexuality.’

‘The non-voluntary absence of sex from someone’s life is not just a bad thing but also a threat to a person’s identity and dignity,’ she concluded.

The full findings of the study were published in the Journal of Media Ethics.

He boasts ‘superhuman sexual performance’ but he’s apparently good at cracking jokes too.

At 6ft tall with a rippling six-pack and brooding dark looks, this droid can also welcome his owner home and discuss their favourite TV show or film, creators say.

He can even woo them with romantic phrases and words to their favourite love poem or song.

Every part of him can be built to order — including the size and shape of his manhood — though the developers have not yet found a way of making that part fully robotic.

At around six stone, Henry’s a bit of a lightweight and is yet to be endowed with robotic movement in his body.

His silicone body is anatomically correct in every way, and is topped by a robotic head that users interact with through an app on their iPad or tablet.

Matt McMullen, a married father-of-five from San Diego, California, and CEO of Henry’s creators Realbotix, unveiled the ‘manbot’ earlier this year saying it would offer ‘companionship’ to lonely women all over the world.

Realbotix already produces the controversial ‘Harmony’, a female robot with dozens of interchangeable parts, allowing owners to alter everything from eye colour to hair and even bottom shape.