Great whites are the deadliest predator among the more than 400 known species of shark. Great whites account for more fatal attacks on humans than any other shark, boasting teeth up to 2.5 inches long. And yet, despite having few predators that could knock them from the top of the food chain, marine biologists in South Africa are seeing mangled great white carcasses washing up on the country’s shores.

Six autopsies have been carried out on sharks that have washed up in the coastal town of Gansbaai, about 70 miles from Cape Town.

According to marine biologist Alison Towner, the sharks have been “physically ripped open” with their innards removed in a “precise and refined” way.

For instance, the sharks were attacked just below the throat, allowing access to their organs.

Ms Towner said: “Just under the surface of the skin is the perfect place to open up the shark and access and extract the liver.”

The shark autopsies took hours to perform as Ms Towner and her team attempted to find the culprit behind the gruesome attacks. 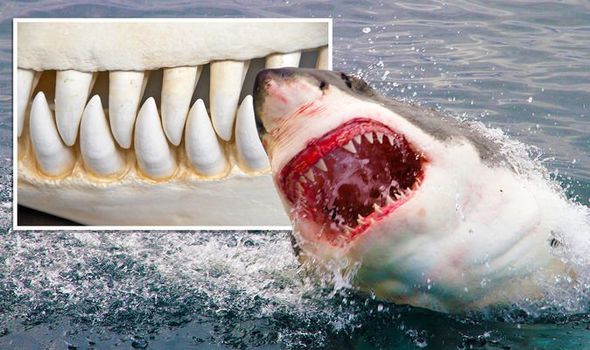 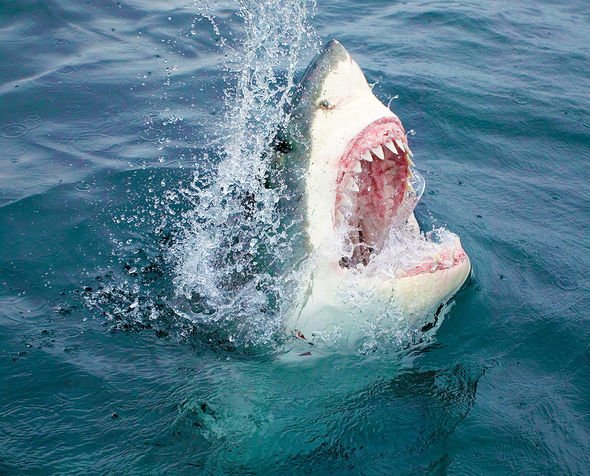 Ms Towner works in Gansbaai with the Save Our Seas Foundation where she studies local shark populations.

She said: “Then in we go to establish if there are any signs of trauma that meant you could discount orca predation.

“Any boat injuries, fishing lines… trauma that could’ve been the cause of death.

“When the animal is lying there with its 60-kilo liver ripped out, it’s pretty obvious.”

In a gruesome twist, two of the sharks had their hearts removed and one male had his testes removed

They’ve learned hunting strategies that are so precise and refined

The injuries were identical to those found on a number of previously washed up sevengill sharks.

The attacks were eventually linked to two killer whales that have been spotted in the area.

Orcas or killer whales are one of the few species of marine beast known to take on the great white. 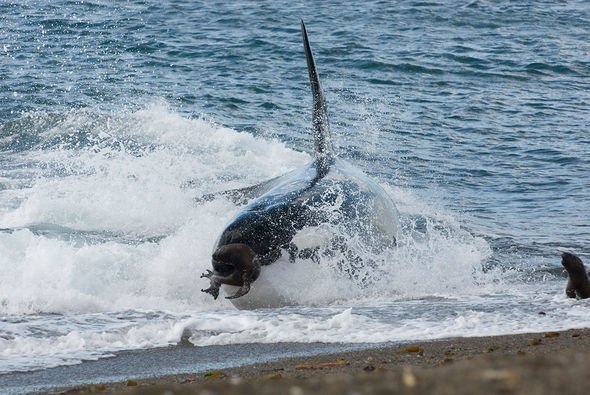 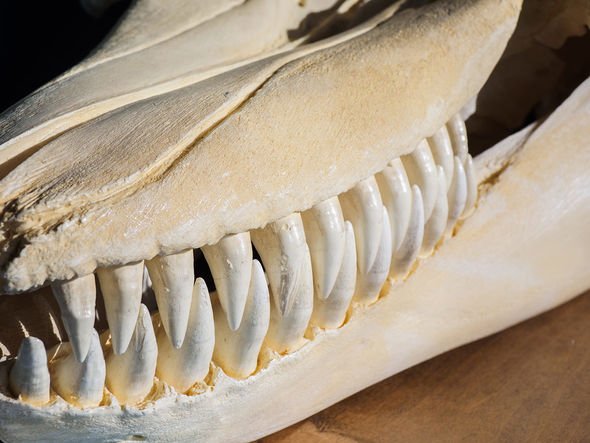 Researchers have been observing evidence of killer whales targetting great whites near South Africa since 2017.

The killer whales most likely removed the sharks’ livers because they are a very nutritious organ.

Ms Towner said: “It’s clear to see that wherever they are in the world they’ve learned hunting strategies that are so precise and refined… and taught to their young.”

The researchers think the orcas were trying to grab the sharks’ pectoral fins in a “ripping motion”.

Ms Towner added: “The liver… it’s oily, very slippery, it would naturally slide out so they could come along and share it.”

According to the Florida Museum in the US, grey whites typically pray on marine mammals such as seals, sea lions, dolphins and other sharks.

The museum said: “The white shark is an apex predator (atop the food chain) and as such, has very few predators.

“It has been suggested that Killer whales may target white sharks for their fat rich livers.”