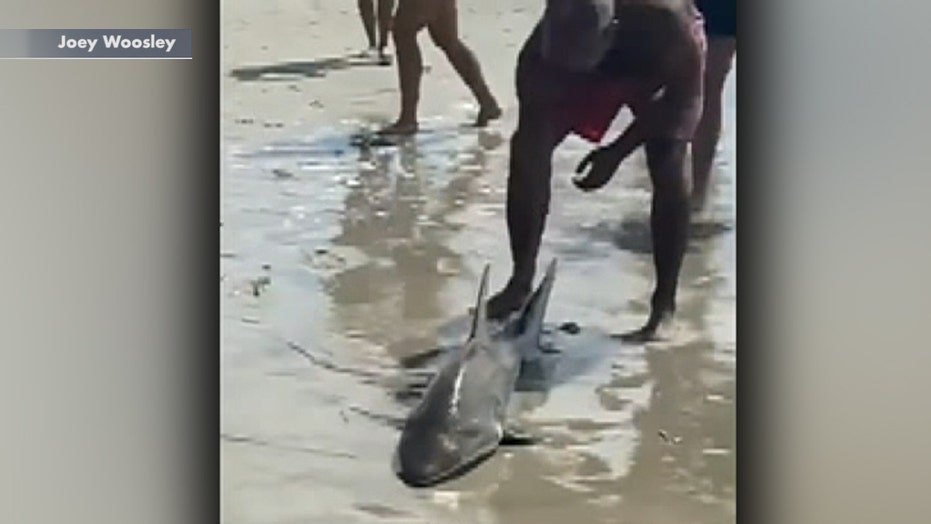 Raw video: Pair of beachgoers pull shark from ocean in Oak Island before reportedly removing a hook from its mouth and releasing the fish back into the water.

A snorkeler has suffered a severe shoulder injury after being “attacked almost immediately” by a shark when he entered the waters near a lighthouse in the Florida Keys, police say.

The victim, Andrew Charles Eddy of Atlanta, was airlifted to a medical facility in Miami Sunday morning following the incident at Sombrero Key Light outside of Marathon, the Monroe County Sheriff’s Office says.

“This was a very rare medical crisis for the Florida Keys, but everyone came together – including those witnesses on the boat to 911 communicators to all our emergency responders – in order to ensure this victim received life-saving care,” Sheriff Rick Ramsay said in a statement. 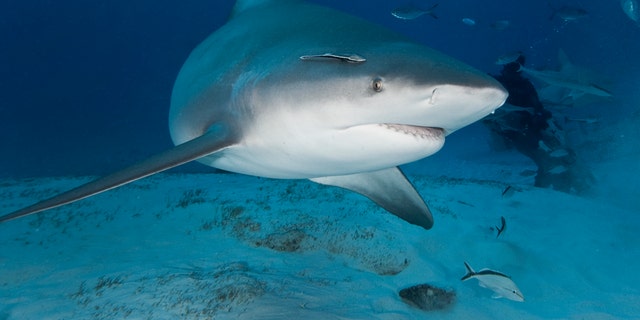 A bull shark swims through deep water off Mexico’s Yucatan Peninsula. The Monroe County Sheriff’s Office says boaters spotted one of these sharks in the waters where the attack in the Florida Keys happened this weekend. (iStock)

Investigators say the 30-year-old was snorkeling at a reef with family on a private boat when he was bitten by the shark, described by witnesses as being between eight to 10 feet in length.

“Witnesses stated Eddy was attacked almost immediately after entering the water,” the sheriff’s office added, noting that nobody was fishing or had bait in the waters where it occurred.

The injury Eddy suffered was reported to be severe.

Police also said they received information from boaters that a bull shark was spotted in the area but there were no other reports of injuries.