Whale sharks may seem like gentle giants, trawling the tropical oceans for plankton and small fish to feed on. But researchers in Japan have made a truly disturbing discovery about the world’s biggest fish. A study published on June 29 in the journal PLOS One has uncovered hundreds of so-called “dermal denticles” that cover the 59ft-long (18m) shark’s eyeballs.

The dermal denticles are tiny teeth-like structures that coat their bodies in a fashion similar to scales.

The denticles are known to reduce drag and help the shark smoothly glide through water.

The study’s authors wrote: “Considering that these tissues are exposed and that whale sharks lack eyelids; the eye surface is less protected from mechanical damage than other regions of the body that are covered with mineralized dermal denticles. 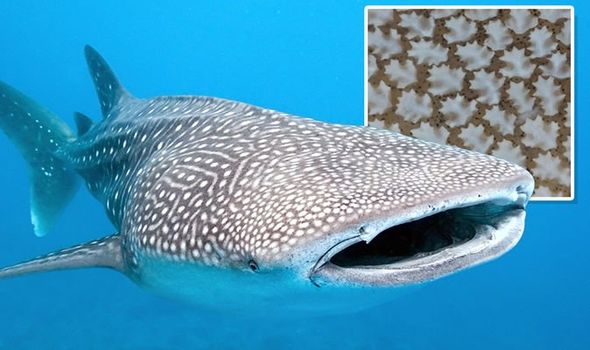 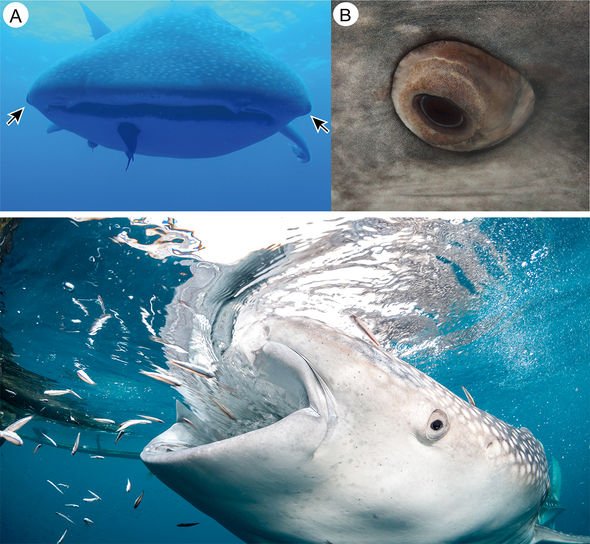 “Thus, the covering of the eye surface with denticles in the whale shark is probably useful in reducing the risk of mechanical damage to the eye surface.”

Researchers led by Dr Taketeru Tomita have closely analysed the eyeballs of living and dead whale sharks that have washed ashore.

The study found just one eyeball can be covered in as many as 3,000 denticles at once.

Under a microscope, the denticles appear to be oak-leaf-shaped.

Even more bizarrely, the study has found the whale shark can at least partially retract its eyeballs into its skull.

was calculated to be approximately half the diameter of the eye, which is comparable to those of other vertebrates that are known to have highly retractable eyes.

“These highly protective features of the whale shark eye seem to emphasize the importance of vision for environmental perception, which contradicts the general, though poorly established, notion of low reliance on vision in this species.”

Some species of shark, like the carcharhinid and sphyrnid sharks, have a distinct third eyelid that protects the eyes during feeding.

Whale sharks, however, have fairly forward eyes close to their mouths, which can increase the risk of injury when feeding. 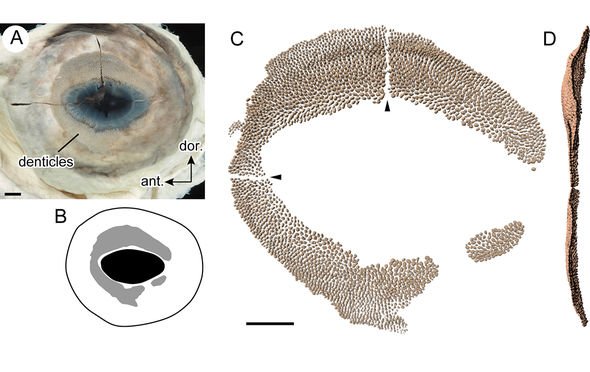 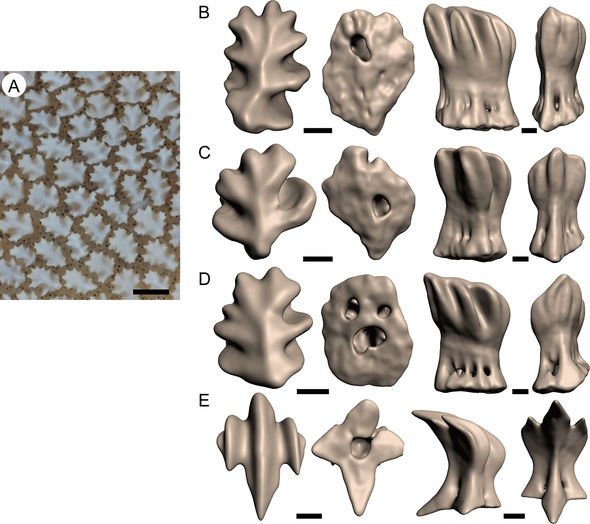 The Japanese researchers believe these denticles are unique to the whale shark and have not yet been observed in other species.

They wrote: “As far as we know, eye denticles have not been found in other elasmobranchs, including species closely related to the whale shark, such as the tawny nurse shark (Nebrius ferrugineus) and the zebra shark (Stegostoma fasciatum).

“It seems likely, therefore, that eye denticles are a characteristic unique to the whale shark.

“It should be noted that eye armour was previously described in some fossil chondrichthyans.”

But the slow-moving, filter-feeding beasts are colossal when compared to other species.

An adult whale shark can measure upwards of 59ft (18m) in length – more than twice as long as a great white – and can weigh 11 tons.

Recent studies have also found the sharks can live to the ripe age of 50.

Whale sharks are an endangered species and are protected from fishing in many countries.