The megalodon or Carcharocles megalodon is the world’s biggest-ever shark, whose name means big tooth. Megalodons stalked the oceans between 23 million and 3.6 million years ago, growing up to 69ft (18m) in length. The shark has since gone extinct but experts worldwide are still discovering its terrifying teeth.

The latest megalodon discovery was presented to the Bohol Area Museum in Tagbilaran City, Philippines.

The tooth measures an incredible 2.9 inches by 2.5 inches (7.6cm by 6.5cm) and is three times larger than those of a great white.

The tooth was found in the municipality of Bohol, which is one of the many islands in the Philippines archipelago.

Because’s the megalodon’s skeleton was made from cartilage and not bones, there are no fossils for scientists to study. 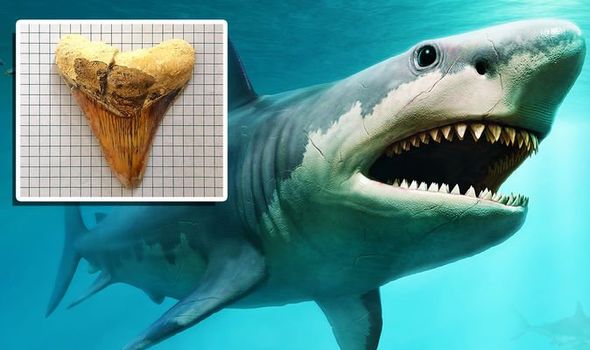 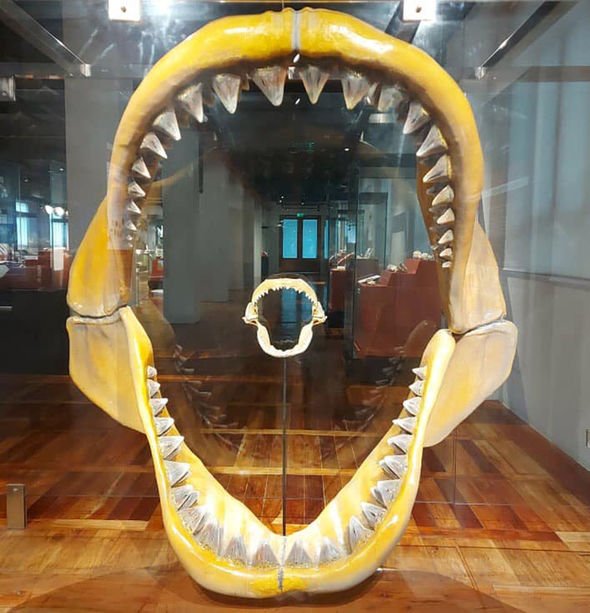 The shark’s giant teeth, however, are an exception and have survived through millions of years.

As a result, scientists studying the megalodon can only do so through their teeth.

But even with a limited fossil record, scientists have been able to estimate the shark’s size and diet.

The NM Bohol Area Museum said in a Facebook post: “The museum said: “These fossils give clues about the creature and why it went extinct.”

Based on the fossil record, the largest megalodons measured up to 60ft (18m) on length – three times bigger than the great white.

The museum said: “The megalodon is considered as the largest shark that ever lived in the world’s oceans.

“The earliest fossils date to 20 million years ago.

“The species went extinct and disappeared from the fossil record about 2.6 million years ago.

“The first megalodon tooth from Bohol was found by another local, Venjo Busalla, at Maribojoc’s town plaza in 2018.”

The Philippines has so far had a good track record with megalodon fossil discoveries. 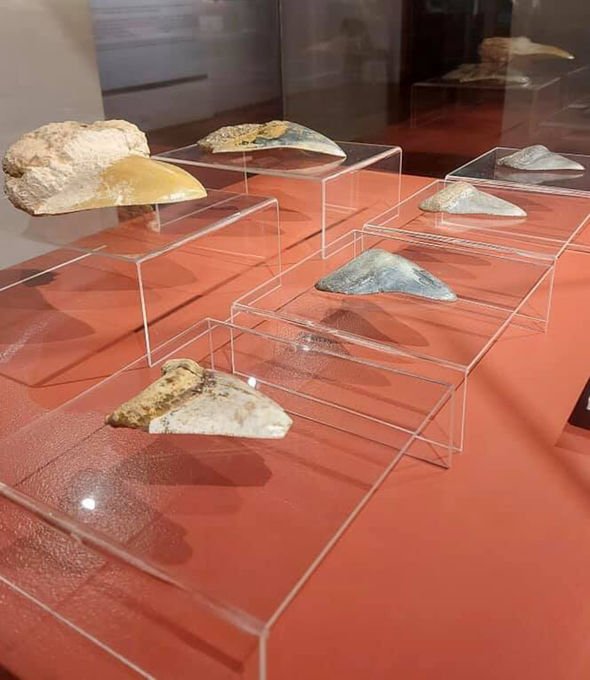 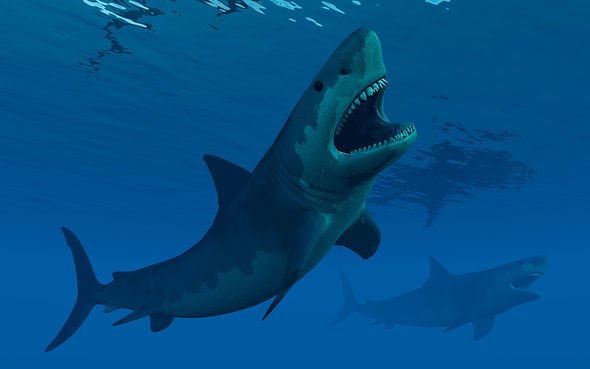 Another fossil was discovered by Christian Gio B. Bangalao in Maribojoc.

The tooth, discovered by Venjo Busalla, was donated to National Museum of the Philippines.

Other megalodon fossils from Cagayan and Pangasinan are also on display.

The museum said: “Megalodon fossils have been found on coastal regions of every continent except Antarctica.

“It hunted in shallow prehistoric seas feeding on fish and big marine mammals.

“This mega-shark also had a ferocious bite. Based on research the bite force of the megalodon was between 108,514 and 182,201 newtons while that of a 21ft great white shark is approximately 17,790 newtons.

“Recent studies show that the megalodon’s geographic distribution did not show significant changes during warm and cold periods indicating that the species’ extinction was not caused by climate change alone.

“Shifting food-chain dynamics may be a primary factor.

“The emergence of rival predators such as smaller sharks and killer whales may have competed with the megalodon for food.”