The 11.8 inch rostrum that killed a female thresher shark belonged to a six-foot-long swordfish. The unusual discovery happened near the town of Brega, on Libya’s shore.

The huge blade was long enough to penetrate the shark’s heart which led to its dead eventually.

Researchers conducted a study on the peculiar incident and published the findings in the journal Ichthyological Research.

The research showed that the rostrum belonged to the swordfish Xiphias gladius.

The species is “a highly mobile, predatory fish known to attack sharks, whales, humans and even boats.” 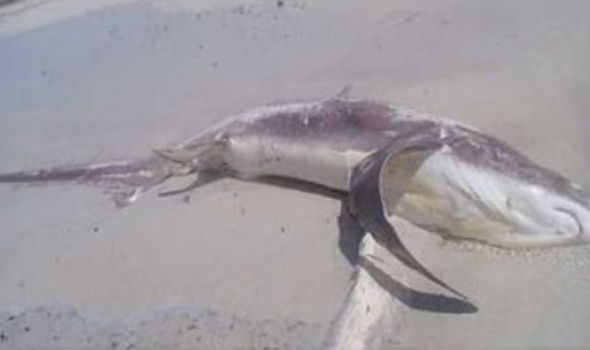 Records of such attacks date as far back as the 1960s.

The study reads: “The animal did not display any external injuries, except for a single penetrating trauma (7.9cm in width and 5.0cm in height) on the dorsal surface at the level of the pectoral girdle with the tip of a rostrum stuck in it.

“The rostrum was identified as belonging to a swordfish X. gladius based on the flattened appearance in cross section (i.e. depth less than half the width) and the absence of denticles on the surface.

“The fragment was 30.1cm long and had a distal and proximal width of 1.4 and 5cm, respectively. 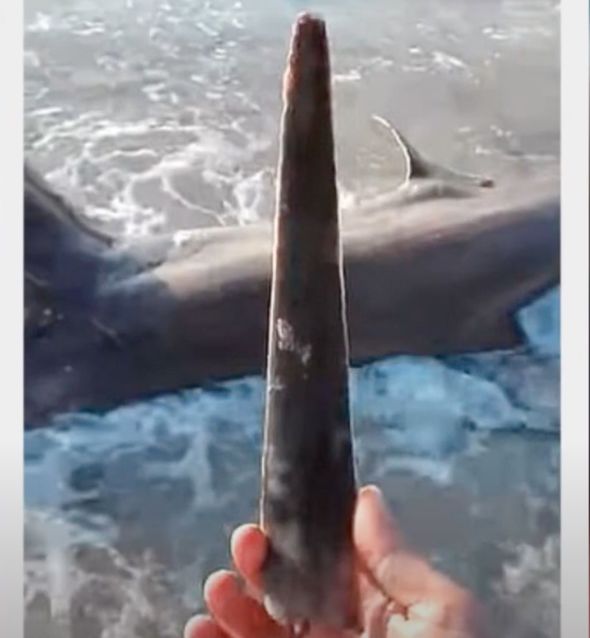 “To reconstruct the total length of the rostrum, the ratio of maximum width to length of the fragment was calculated and compared with the dimensions of a previously published intact rostrum to determine the breaking point.”

The lethal wound found on the shark was ruled by researchers as the case of its death.

The study read: “The injury was inflicted recently when the shark was found dead on the beach on April 1st, because the epaxial musculature showed no signs of wound healing or other alterations but still was supplied with blood and exhibited a pink-reddish colouration.

“This colouration was faded by the date of the second inspection three days later. 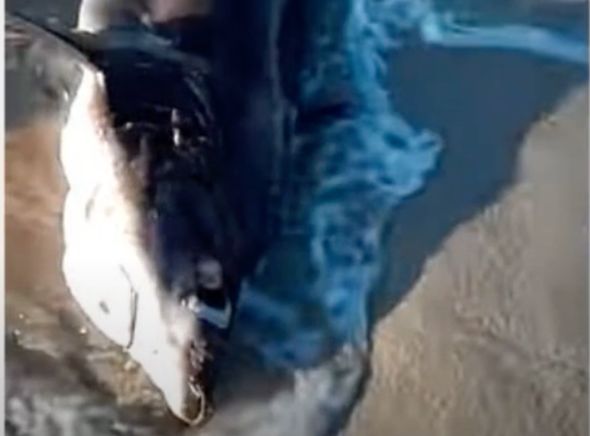 “The location of the injury, timing of wound infliction and lack of other apparent injuries lead us to the conclusion that the impalement was fatal and the ultimate cause of death for the thresher shark.”

While the incident is thought to have been the result of an accidental collision, researchers haven’t ruled out an attack.

Other reasons considered for the attack include an attempt to scare the shark away from food.

According to the paper: “Although impalements by swordfish are not uncommon and were reported to occur against a number of species and objects, the nature underlying these attacks, whether they are instances of accidents or were carried out by purpose, still is not fully understood.” 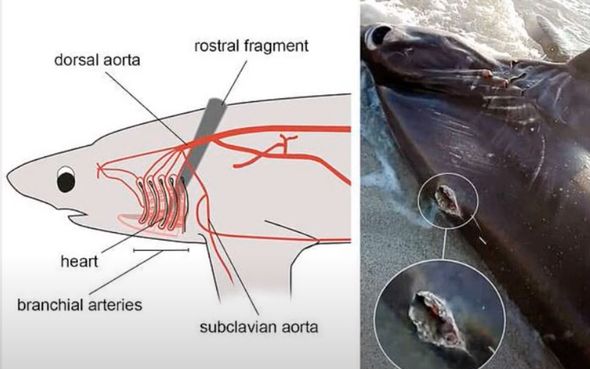 The study added: “Intentional impalement as a defensive strategy was also proposed to be the reason for collisions between billfishes and sharks.

“Although swordfish’ bills are thought to have important hydrodynamic and feeding related functions and their breaking could be seriously disadvantageous for swordfish, it was reported that individual billfishes with damaged, malformed, or even missing rostra were apparently still in good physical shape, leaving room for speculation if swordfish experience a trade-off between averting a threat (e.g. sharks) and the potential impairment of high-speed locomotion.

“The shark species involved in these incidents are usually either the blue shark Prionace glauca or the mako shark Isurus oxyrinchus, both of which are known to opportunistically prey on fish, including swordfish.”