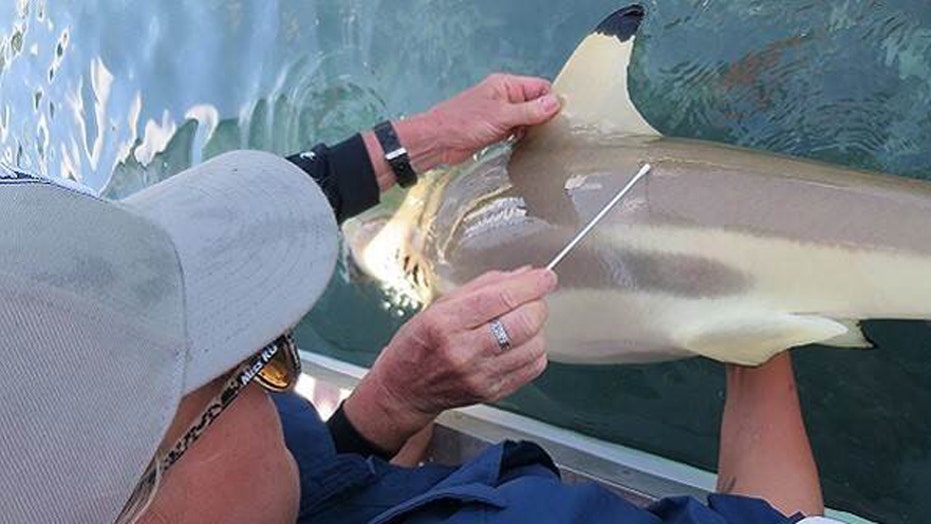 Sharks have only a few predators in the ocean, but a new study has found that they resistant to infection — thanks to germs.

Infection-resistant microbes that cover blacktip reef sharks have allowed them to suffer wounds, but no signs of infection, according to the researchers, providing a "first step toward understanding this phenomenon," according to a statement accompanying the research.

"We were surprised not to find any substantial change in the skin bacterial communities," said the study's lead author, Claudia Pogoreutz, in the statement. 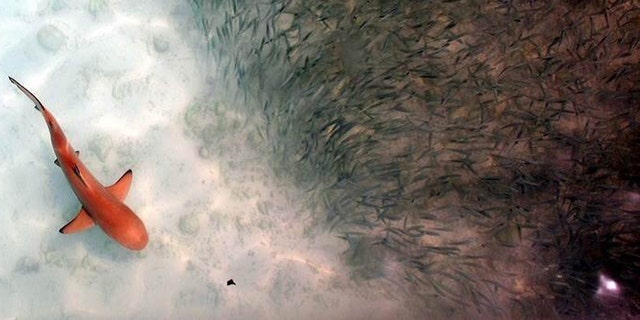 Blacktip reef sharks in the wild are often seen bearing wounds, but they rarely exhibit obvious signs of infection around the wounds. This led researchers to investigate the microbial community living on the skin of sharks. Credit: Claudia Pogoreutz

"This suggests shark skin doesn't become infected easily and that the native bacterial community of the skin can be maintained even after injury," Pogoreutz added. "We really need to delve deeper into bacterial functions and innate immunity of sharks to understand what is really going on and how wound healing in sharks is mediated."

Pogoreutz and the other researchers looked at mucus samples between injured and uninjured sharks in the Seychelles Islands using DNA sequencing to find the “core skin microbiome” associated with the species. 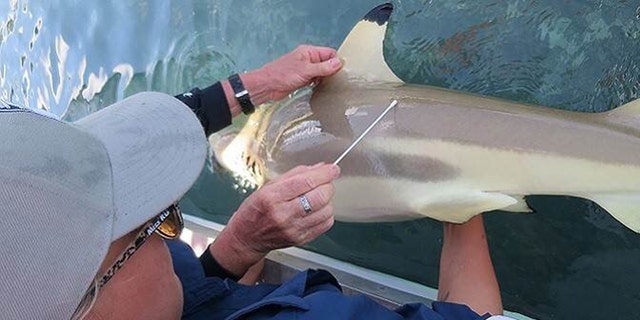 Skin mucus samples were collected from the backs and gills of wild-caught blacktip reef sharks around the Seyshelles Islands. (Credit: Mauvis Gore)

There were differences discovered in sharks in different locations, Pogoreutz continued, noting it could be from any number of factors.

“The differences in shark skin microbial communities may reflect differences in the ambient environment, such as temperature, population density, nutrient availability or pollution, but we cannot rule out the possibility that the changes could provide an adaptive benefit to the sharks,” Pogoreutz said. “There's still so much to learn with respect to shark skin-associated bacteria."

The study was published in the scientific journal Animal Microbiome.

According to the Florida Museum of Natural History, blacktip reef sharks "do not pose a serious threat to humans" and "are abundant on coral reefs, making them a popular species in reef and dive tourism."

There have been just 11 recorded accounts of blacktip reef sharks biting humans since 1959, the museum said, citing data from the International Shark Attack File.

According to the International Union for the Conservation of Nature, blacktip reef sharks are considered "Near Threatened," with the species vulnerable to negative effects from fishing and habitat destruction.