Home » Science » Silicon Valley startup uBiome raised $105 million on the promise of exploring a 'forgotten organ.' After an FBI raid, ex-employees say it cut corners in its quest for growth.

Silicon Valley healthcare startup uBiome is in hot water over its reportedly questionable billing practices, but insiders say problems at the company extend beyond issues tied to insurance claims.

After an FBI raid last month andreports of an investigation into how the startup charges customers for some of its tests, uBiomesuspended sales of two of its tests and placed its co-CEOs onadministrative leave. The company runs lab tests that provide information about the bacteria in your body, called the microbiome. The tests work by allowing customers to take a microbiome sample from home using a swab.

The microbiome is a growing area of scientific interest. It’s been dubbed the ” forgotten organ” thanks to its emerging role in affecting everything from your mood to your risk of disease. UBiome has raised $105 million from investors like Silicon Valley tech accelerator Y Combinator and Bryan Johnson’s OS Fund, achieving a valuation of $600 million, according to PitchBook.

Problems at uBiome have been brewing for at least a year, according to internal documents and interviews with three former employees. The interviews, with people who worked in uBiome’s science, billing, and marketing departments, suggest a company that started out with a strong emphasis on science but then may have cut corners in a quest to show faster growth.

Two former employees said that the company billed individuals and insurers repeatedly as a way to boost revenue figures that it showed investors. Both people said that in some cases, uBiome would run a test multiple times on the same sample to generate extra bills, even in cases where that wasn’t needed. The people asked not to be identified because they signed agreements not to reveal company information publicly.

“We’d get people to unwittingly sign up for six tests and then hound them over email to repeat them,” one former employee said. “Then we’d have the opportunity to bill people for six tests instead of one. It wasn’t necessarily in the patient’s best interest.”&

Additionally, one of the ex-employees said the bulk of the company’s billing department was located in Argentina, meaning that people who worked in billing at the company’s US offices had less oversight and involvement in what was going on, in their view.

Although uBiome initially prided itself on putting research first, not all aspects of all of its tests were backed by the same level of rigorous science, Elisabeth Bik, uBiome’s former science editor, told Business Insider. Beyond that, the company used questionable tactics to encourage doctors to sign-off on the tests, the two other ex-employees said.

“It felt like the science became less and less important to them over time,” Bik said.

UBiome started as a science project, then raised its profile

UBiome began as a citizen science project which sought to create a large public database on themicrobiome, the rich assortment of bacteria that thrive in our bodies and appear to influence everything from our mood to our risk of certain diseases.

In recent years, uBiome had been raising its profile. The San Francisco-based company collected thousands of samples, published cutting-edge science, and inked research partnerships with major brands like L’Oreal. 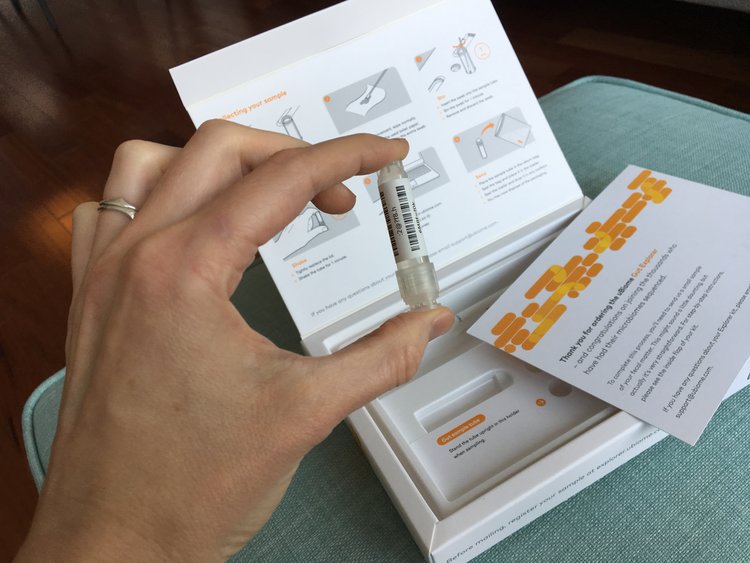 Last month, the FBI raided its offices in whatthe Wall Street Journal said was part of an investigation into questionable billing practices. After the raid, the company placed cofounders and co-CEOs Jessica Richman and Zac Apteon administrative leave, naming General Counsel John Rakow its interim CEO. The company said it would undertake an independent investigation into its billing, and cooperate with inquiries from the government and health insurers.

UBiome sold four different tests, three of which had to be ordered by a doctor. The company portrays those three tests as covered by health insurance, but statements and complaints viewed by Business Insider suggest that insurance companies often don’t pay for them. Anyone can order uBiome’s fourthtest, called the “Explorer,” which is portrayed as a fun way to learn more about the microbiome and costs $89.

The fact that insurance doesn’t cover the doctor-ordered tests wasn’t clearly communicated to customers, in the view of two former uBiome employees.

Complaints start to stream in

Problems started to crop up at uBiome in the fall of 2018, all three former employees said, when complaints from customers and insurance companies turned from a trickle into a steady stream.

At that time, the insurance company Aetna flagged uBiome’s billing practices and put uBiome on notice, according to an ex-employee at uBiome and another source familiar with the matter.

Business Insider haspreviously reported on complaints from customers who received unexpected bills after using the company’s tests. Some of them had signed up under uBiome’s pilot program, which told potential test takers in big letters that they’d face “No cost to you.”

If the health insurers didn’t pay, the individuals thought they wouldn’t be on the hook for the costs. But instead, the individuals say in the complaints that they were left with bills of as much as $3,000.

Also, patients were often billed multiple times for the same test. That was often based on the premise that the science in uBiome’s database has been significantly updated, according to two former employees and internal documents viewed by Business Insider. Yet they said that this wasn’t always true. In many cases, the science was only incrementally altered, if at all, they said.

The employees also raised concerns about the process uBiome was using to have doctors sign off on the tests. Two said that customers were essentially diagnosing themselves with a disease like irritable bowel disease — often online, based on things they read on uBiome’s website — and ordering a test. Then, uBiome would send the order to a list of doctors who were likely to approve it, the employees and the internal documents suggest.

CNBCpreviously reported on uBiome putting pressure on clinicians to approve tests with minimal oversight and dismissing at least one doctor who allegedly did not green-light tests fast enough.

A test that may not belong in doctors’ hands

Beyond the issues raised by employees about the ordering process for uBiome’s tests, Bik said there were scientific reasons that one of the tests was not ready to be used in the way it was portrayed.

UBiome sells doctor-ordered tests including SmartGut, which looks at the gut microbiome to test for gut conditions and metabolic disorders, and SmartJane, a test that looks at the vaginal microbiome to test for sexually transmitted diseases and chronic vaginal infections. The company placed the most marketing and research emphasis on its SmartGut test, two former employees said.

Bik, a molecular biologist and former Stanford researcher who served as uBiome’s science editor between October 2016 and December 2018, was responsible for helping uBiome publish research papers, vet the science behind its products, and edit the text that appeared on uBiome’s website.

She said there were components of the SmartGut test with solid scientific backing and that she felt could reasonably be covered by insurance. But other parts of the test offered a less clear benefit to customers, in her view. As a result, she said she did not think there was a strong argument for insurers to cover the complete cost of the SmartGut test.

Bik said the test is not a diagnostic, meaning it can’t tell patients with certainty whether they have a serious condition such as inflammatory bowel disease. Despite this, promotional materials from uBiome suggest that the SmartGut test help to diagnose these conditions. Materials on UBiome’s website for the SmartGut test read: “detects beneficial and pathogenic microorganisms associated with gut conditions like irritable bowel syndrome (IBS), and inflammatory bowel disease (IBD), including ulcerative colitis and Crohn’s Disease.”

“We cannot even come close to the diagnosis of a disease,” Bik said.

Still, there were parts of the SmartGut test that Bik said it made sense for insurers to cover. One component of the test, for example, could identify the presence of an infection like salmonella by testing for bacteria linked with that infection.

The SmartGut test was a lot more lucrative for uBiome than its other tests, two ex-employees said.

UBiome encouraged customers to take up to six SmartGut tests under the premise that those tests would help track an individual’s well-being over time, according to those former employees and internal documents. In some cases, uBiome would repeatedly reach out via email to encourage people to order another test.

UBiome was not upfront with customers about the fact that it would bill them for each test, the former employees said.

Meanwhile, the financial figures uBiome shared with investors were based on billing tied to running multiple tests, according to the former employees and internal documents.

“They just wanted to see that graph that showed it going up and to the right,” one former employee said.

Additionally, the scientific updates that uBiome would perform on the tests in order to re-bill customers were not always warranted or significant, one ex-employee said. Instead, leadership from inside the company was pushing the re-billing practices as a way to make up for slowdowns in sales, according to the employee.

“People were trying to find any reason why we should bill the samples that were already in-house again,” the person said.

Bik said she could understand why a clinician might want someone with a serious disease like Crohn’s to take the test multiple times as a way of getting a better hold on what’s going on in someone’s gut over time.

Still, she agreed with the other former employees that uBiome may not have been clear in communicating to patients when or why they should take multiple tests — although she was not heavily involved in the billing practices and couldn’t say for sure. She also said she didn’t believe that kind of use justified coverage from insurers.

Although Bik questioned the strength of the science behind the SmartGut test, she said she stands strongly behind other uBiome products where the science is more solid. For the SmartJane test, for example, which looks at vaginal health and must be ordered by a doctor, Bik said there was a “very clear relationship” between the kinds of bacteria the test could identify and vaginal health.

“If I had to choose one test that I’d consider being doctor-prescribed, that test is a much better candidate,” Bik said.

She also still believes the company’sExplorer test— the one test uBiome offers that is not doctor-ordered — is a great way to help people learn about their microbiomes in a fun, non-risky way.

But, “we made very clear that’s not a diagnostic test,” Bik said.

Dame Helen Mirren, 75, says she is 'fine' looking her age