Home » Science » Some of the world&apos;s most vital fresh water reserves are DRYING UP

Billions of people are at risk as the world’s water reserves dry up, warns a new study.

More than 30 of the world’s leading scientists say mountain regions, which supply a quarter of the world’s population – around 1.9 billion people – with freshwater, are drying up.

Climate change and population growth are to blame, with demand expected to rise by 30 per cent over the next 30 years, according to the United Nations.

Dr Tobias Bolch, of the University of St Andrews who contributed to the research, said: ‘The study quantified for the first time both the natural water supply from the mountains as well as the water demand by society, and also provided projections for the future based on climatic and socioeconomic scenarios. 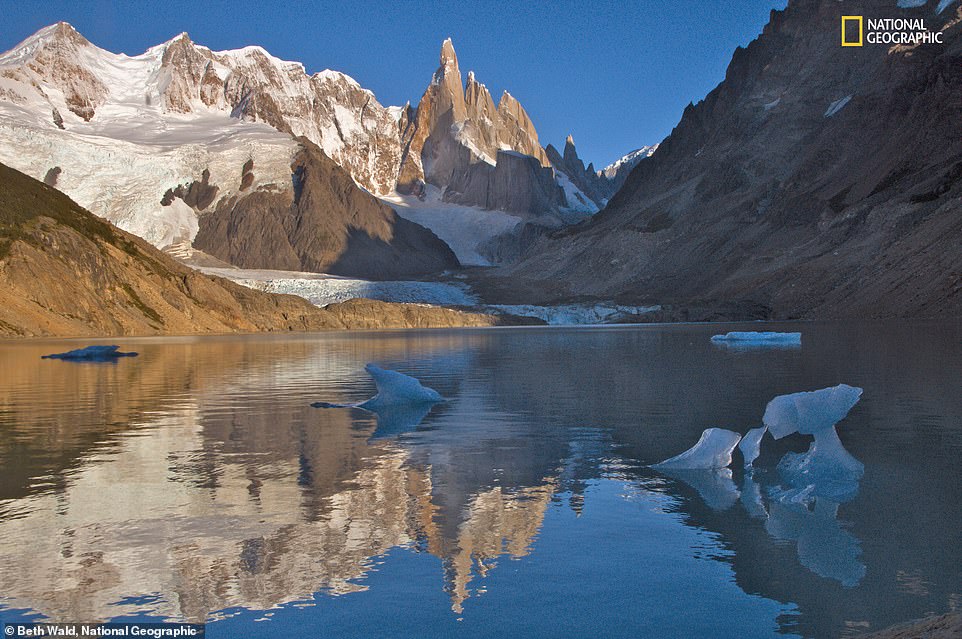 Glaciers covering the Adela and Cerro Torre massifs are reflected in the Laguna Torre, a glacial lake in Los Glacieres National Park. The South Chile water tower is the most at-risk water tower in South America due to high reliance on its water resources and increasing threats to its water supply 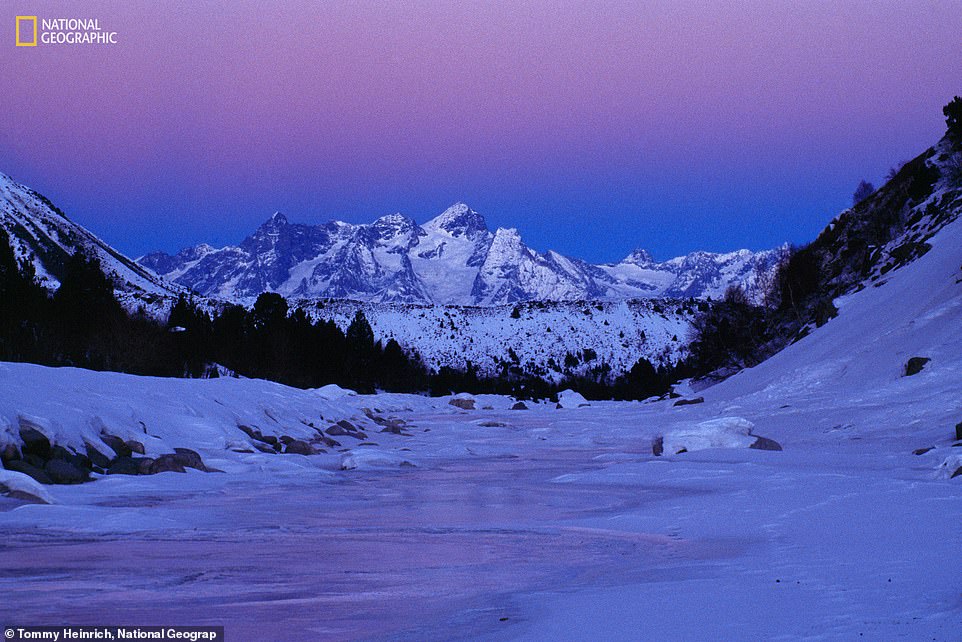 The summit of Bhulan Peak is reflected on the Rupal River. This region is part of the Indus water tower, which is the most relied-upon glacier-based water system in the world

‘The projected loss of ice and snow and increasing water needs makes specific densely-populated basins located in arid regions, like the Indus basin in South Asia or the Amu Darya basin in Central Asia, highly vulnerable in the future.’

They ranked water towers based on how important they are to nearby communities and how vulnerable they are now and in the future.

Prof Walter Immerzeel said: ‘What is unique about our study is that we have assessed the water towers’ importance, not only by looking at how much water they store and provide, but also how much mountain water is needed downstream and how vulnerable these systems and communities are to a number of likely changes in the next few decades.’ 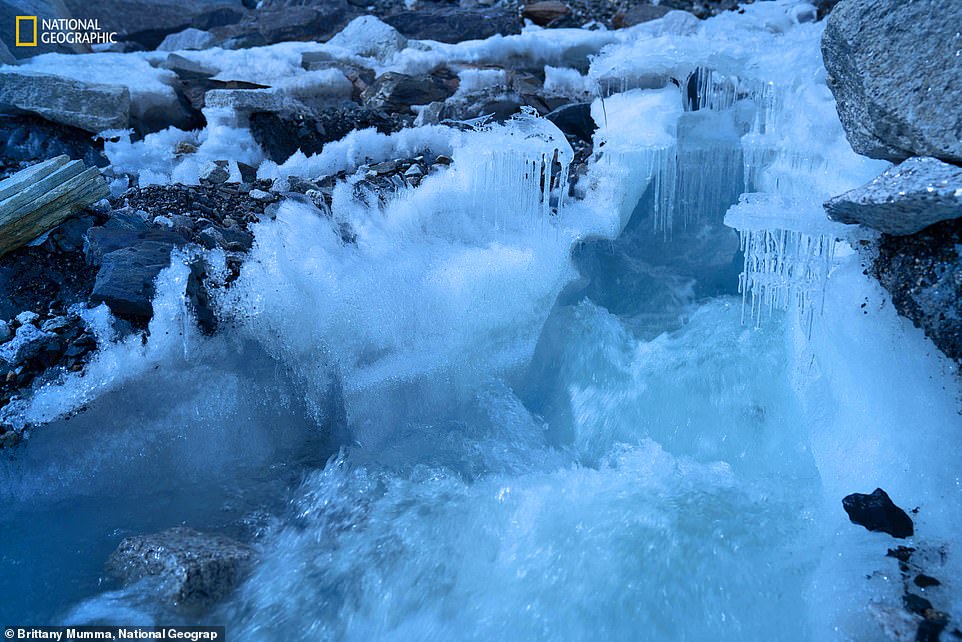 Melting ice from the Khumbu glacier runs down the mountain at Everest Base Camp. 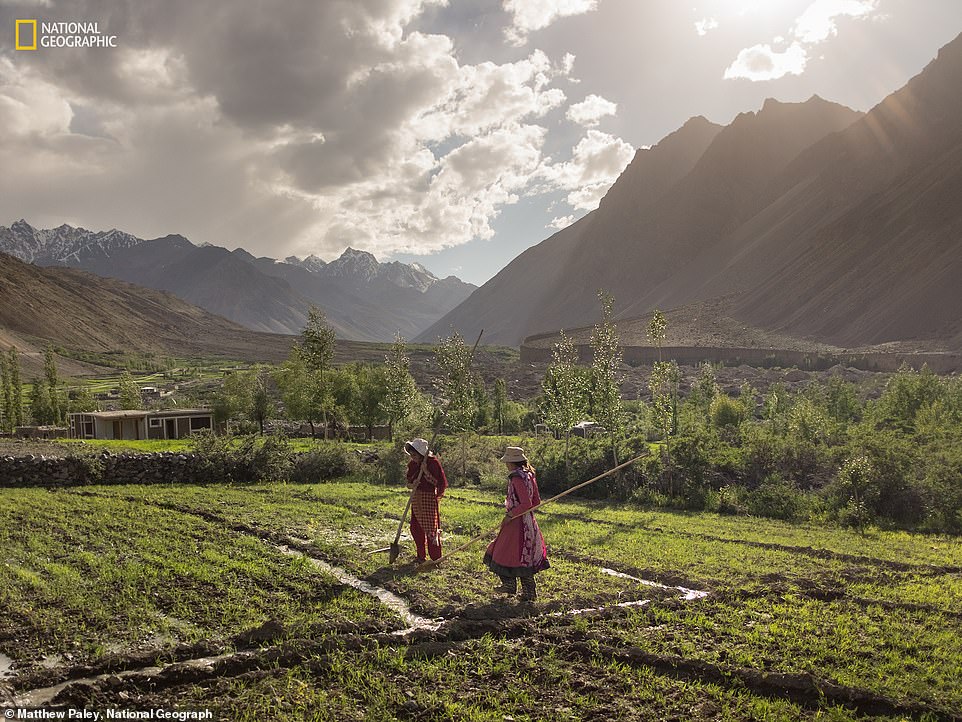 Two women tend their potato field in the Chipursan valley. This region is part of the Indus water tower, which is the most relied-upon glacier-based water system in the world

The team found the Indus basin, the world’s largest water tower, supplying over a billion people across four countries – Afghanistan, China, India and Pakistan, is the most vulnerable.

Other exposed towers include the Andes, the Alps and the Rocky Mountains.

Researcher Dr Arthur Lutz, of Utrecht University, said: ‘By assessing all glacial water towers on Earth, we identified the key basin that should be on top of regional and global political agendas.

The team hopes their findings will give decision makers the evidence they need to act. 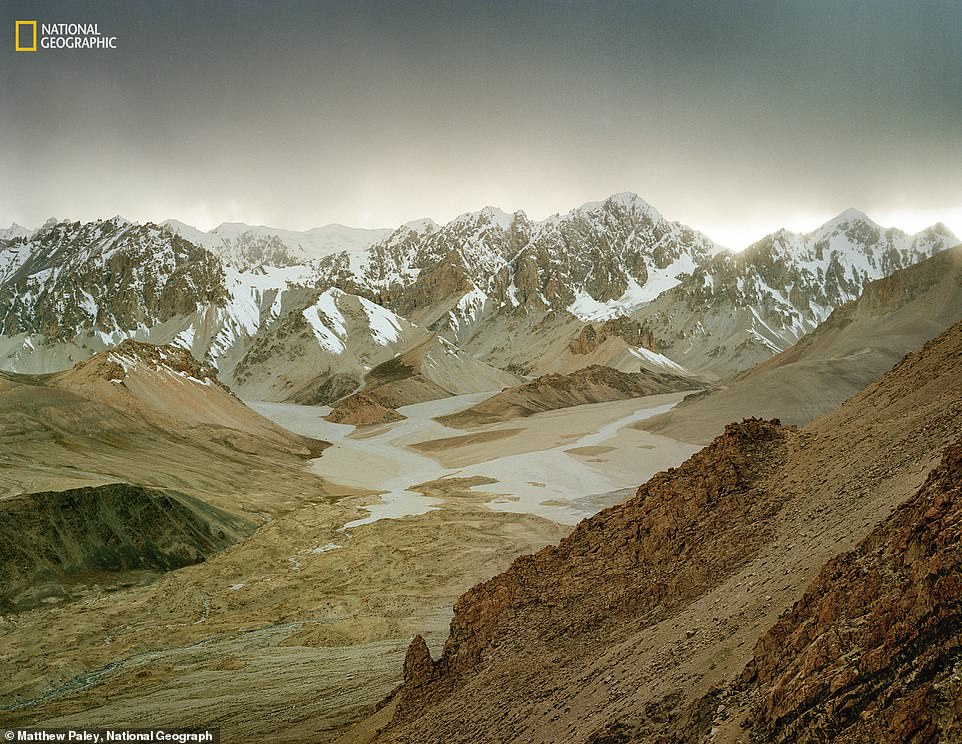 View over the Shimshal Pamir region of Pakistan. This region is part of the Indus water tower

Dr Jonathan Baillie, Chief Scientist at the National Geographic Society, added: ‘Mountains are iconic and sacred places around the world, but the critical role they play in sustaining life on Earth is not well understood.

‘This research will help decision-makers, on global and local levels, prioritise where action should be taken to protect mountain systems, the resources they provide, and the people who depend on them.’

The findings were published in the journal Nature.