Alexa now works with even MORE of your devices! Sony confirms its wireless headphones and soundbars will be compatible with Amazon’s voice assistant after a future update

Fans of Sony’s high-end audio products will soon be able to control what they listen to – using the sound of their voices.

The Japanese firm has announced that users will be able to use Amazon’s Alexa smart assistant to control its soundbar and wireless headphones.

This will give them access to tens of thousands of skills built into the AI software, including asking to play music, hear the news, and control smart home devices.

Owners of compatible hardware will need to install the latest firmware updates to enable the voice assistant.

Sony has yet to confirm the exact headphone and soundbars models that will get the firmware update. 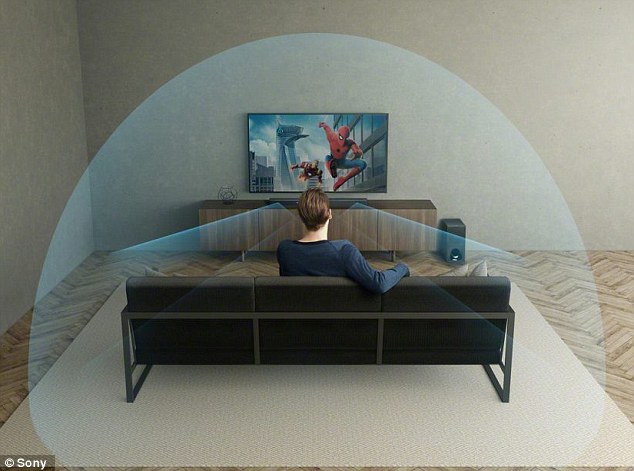 Sony made the announcement during the annual IFA technology tradeshow, which is held in Berlin from August 31 to September 5.

With the upcoming firmware update, owners of Sony’s ZF9 Dolby Atmos soundbar will be able to use Alexa to request tracks, albums, and control playback.

The voice assistant can also be used to adjust the volume.

A separate update coming later this year will also enable Sony hardware owners to pair their existing soundbar with other Amazon Echo products around the house, enabling multi-room playback of music.

Compatible Sony wireless headphones will also be optimised for Amazon Alexa with a future update.

According to the company, using Alexa on Sony-branded wireless headphones will be easy. Tap the button and ask a question, and Alexa will respond instantly. 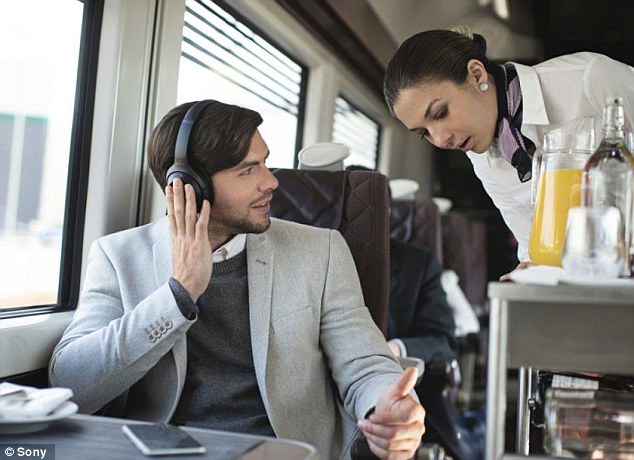 Compatible Sony wireless headphones will also be optimised for Amazon Alexa with a future update. Using Alexa on headphones from Sony is simple – just tap the button and ask a question, and Alexa will respond instantly (stock image)

‘This is a great example of Sony’s commitment to delivering a wide range of innovative benefits to our customers,’ said Richard Palk, head of video and sound product marketing and product planning at Sony Europe.

‘Adding Alexa support to our critically-acclaimed wireless headphones, means we can enhance the experience of consumers by letting them using voice to control the music they listen to.

‘Likewise with soundbar in a home environment, we will offer an additional way to interact with your favourite home entertainment products – while retaining the exceptional sound quality offered by Sony.’

The Alexa update for wireless headphones will come before the end of the year.

Models vary by country and will be confirmed ahead of the launch, the firm said.

Once activated, the device will answer questions on sensitive topics differently to palm-off curious children.

Alexa changes its answers to questions poised by all members of the household once the feature is turned on, regardless of age.

ALEXA, WHERE DO BABIES COME FROM?

Regular: ‘Babies are made through the process of reproduction.’

Child version: ‘People make people, but how they’re made would be a better question for a grown-up.’

ALEXA, WHAT HAPPENS WHEN YOU DIE?

Child version: ‘That’s a hard question to answer. If you’re wondering about this, you should ask someone in your family, a teacher, or a friend who you know and trust.’

Regular: ‘Santa makes a lot of people ho-ho-hopeful for a happy holiday, and I definitely believe in that.’

Child version: ‘Just check if the cookies you set out for him are gone Christmas morning.’

ALEXA, WHAT IS MARIJUANA?

Regular: ‘Marijuana is usually defined as a strong-smelling plant whose dried leaves can be smoked for a pleasant effect or pain reduction or, alternatively, the most commonly used illicit drug; considered a soft drug, it consists of the dried leaves of the hemp plant; smoked or chewed for euphoric effect.’

Child version: ‘I am not able to answer that.’

ALEXA, WHO IS STORMY DANIELS?

ALEXA, WHY DO I HAVE TO GO TO SCHOOL?

ALEXA, PLEASE TELL ME WHO THE PRESIDENT IS.

Child version: ‘The United States’ president is Donald Trump. By the way, thanks for asking so nicely.’