The Korea Superconducting Tokamak Advanced Research or KSTAR has taken a major leap forward in the development of a working nuclear fusion reactor. Unlocking the power of nuclear fusion has been the dream of scientists since the early 20th century but has proven a tough puzzle to crack. Nuclear fusion, which works by combining two atomic nuclei into a larger nucleus to release energy, promises to unleash more energy than it consumes.

In essence, a working fusion reactor will allow scientists to harness the power of the sun here on Earth, potentially solving the planet’s energy needs.

Scientists in South Korea are now one step closer to realising this dream thanks to the KSTAR superconducting fusion device, which has been nicknamed Korea’s artificial sun.

Although not a working reactor, on November 24 this year the machine maintained a continuous stream of plasma for 20 seconds, while reaching an ion temperature of 100 million C.

For comparison, the core of the Sun reaches about 15 million C.

The latest achievement is the product of scientists at the Research Center at the Korea Institute of Fusion Energy (KFE), in partnership with National University (SNU) and Columbia University of the United States. 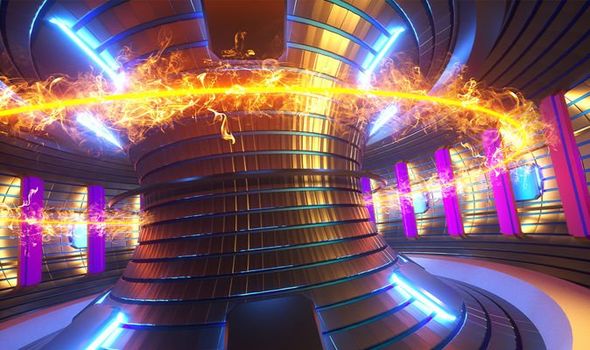 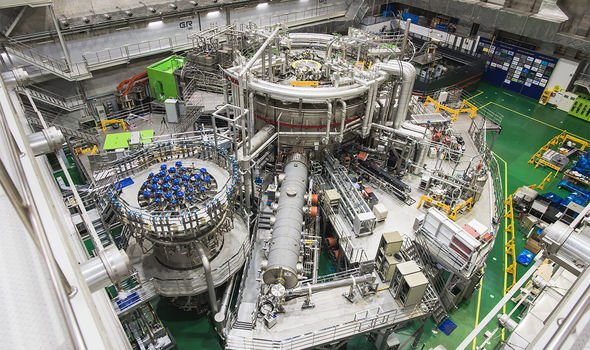 The research effort has been dubbed the 2020 KSTAR Plasma Campaign and it has beaten last year’s eight-second plasma operation.

The year before that, KSTAR achieved a plasma temperature of 100 million C but only retained it for about 1.5 seconds.

And four years ago, in December 2016, KSTAR set another world record when it ran for 70 seconds at temperatures of about 50 million C.

Tokamak devices like KSTAR recreate the fiery fusion reactions that occur in the Sun, but here on Earth.

According to the Institute for Radiological Protection and Nuclear Safety (IRSN), there are some 250 tokamak devices across the world.

Tokamak is an acronym for the Russian term “toroïdalnaïa kameras magnitnymi katushkami” or “toroidal chamber with magnetic coils”.

Iter explain how the nuclear fusion project will begin its assembly

Two Russian researchers in the late 1960s were the first scientists to attain plasma confinement and high temperatures in such a device.

The KSTAR device uses isotopes of hydrogen to create a scorching stream of plasma – one of the four fundamental states of matter – where individual ions and electrons are separated.

In order to hold onto the ions, incredibly high temperatures need to be maintained.

Although KSTAR is not the first device to reach plasma temperatures of 100 million C, it is the first to run for more than 10 seconds.

Anything above 10 seconds and normal-conducting devices hit their operation limit. 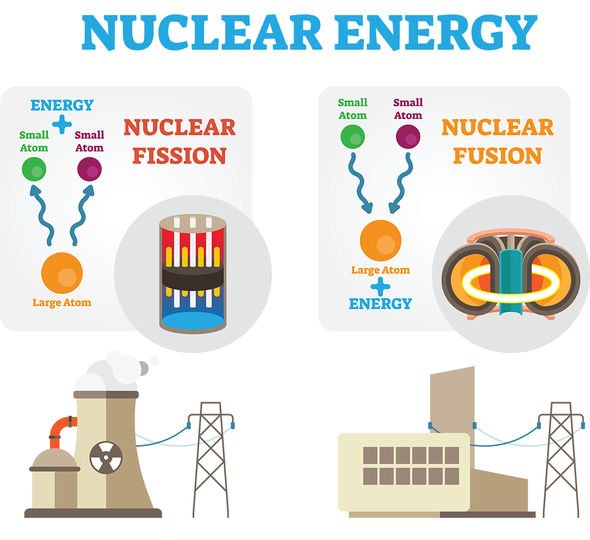 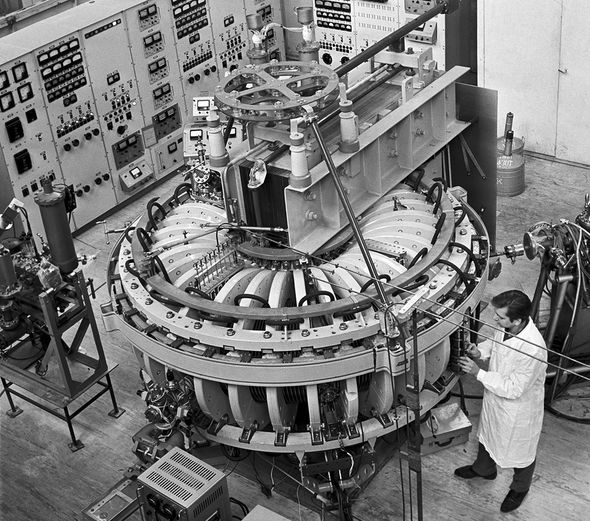 This year, KSTAR tackled some of these challenges by overcoming one of its plasma operation modes, the Internal Transport Barrier (ITB).

Director Si-Woo Yoon of the KSTAR Research Center at the KFE said: “The technologies required for long operations of 100 million- plasma are the key to the realization of fusion energy, and the KSTAR’s success in maintaining the high-temperature plasma for 20 seconds will be an important turning point in the race for securing the technologies for the long high-performance plasma operation, a critical component of a commercial nuclear fusion reactor in the future.”

Yong-Su Na, professor at the Department of Nuclear Engineering, SNU, said: “The success of the KSTAR experiment in the long, high-temperature operation by overcoming some drawbacks of the ITB modes brings us a step closer to the development of technologies for the realisation of nuclear fusion energy.”

The KSTAR began operating last August and has conducted a total of 110 plasma experiments.

The results will be presented at the IAEA Fusion Energy Conference in May next year.

Ultimately, scientists want to flip the machine on and have it continuously operate for 300 seconds at temperatures exceeding 100 million C.

The scientists aim to achieve this goal by the year 2025.

KFE President Suk Jae Yoo stated, “I am so glad to announce the new launch of the KFE as an independent research organization of Korea.

“The KFE will continue its tradition of under-taking challenging researches to achieve the goal of mankind: the realization of nuclear fusion energy.”