The South Pole is warming from climate change three times faster than the rest of the world despite being the most remote location on the planet, a study shows.

Record-breaking high temperatures at the southernmost point on Earth are being fuelled by increases in greenhouse gases and natural weather shifts in the tropics.

This ‘double whammy’ of impacts explains why Antarctica is bearing the brunt of climate change, according to researchers from Victoria University, New Zealand.

Study authors examined weather station data, observations and climate models to better understand why the rate of temperature increase is going up so much.

Corresponding author Dr Kyle Clem said the temperature increases were unlikely the result of natural climate change alone, but that other factors had to be considered. 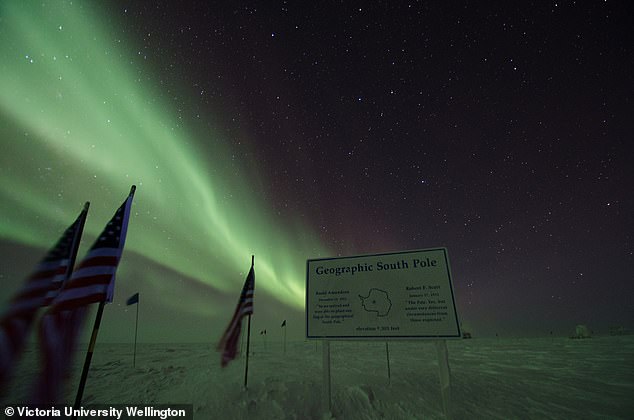 ‘The effects have likely worked in tandem to make this one of the strongest warming trends on Earth,’ said Dr Clem, study author and a Victoria University researcher.

In February, temperatures on the southern continent hit 18.3C (64.94F) at an Argentinian research base on the northern most tip of the continent.

‘The South Pole has warmed at over three times the global rate since 1989,’ Dr Clem said.

The average rise of 0.61C (1.098F) per decade was mainly driven by natural tropical climate variability – and was likely intensified by the burning of fossil fuels, he said.

This resulted in ocean temperatures increasing in the western tropical Pacific, which in turn lowered the atmospheric pressure over Antarctica’s Weddell Sea and increased the delivery of warm air to the continent, according to the study published in the journal Nature Climate Change.

‘These changes along the coast are an important mechanism driving extreme multi-decadal climate anomalies in its interior,’ Dr Clem said.

‘They must be considered to accurately assess and attribute large or abrupt changes over the data-sparse Antarctic interior.’

This includes future climate model simulations and interpreting past change detected in ice cores and other indicators.

The Antarctic exhibits some of the largest ranges in temperature over the course of a year – with strong regional contrasts, the team found.

‘Most of West Antarctica and the Antarctic Peninsula experienced warming and ice-sheet thinning during the late twentieth century,’ Clem explained.

‘By contrast, the South Pole – located in the remote and high-altitude continental interior – cooled until the 1980s, but has since warmed substantially.

‘These trends are affected by natural and anthropogenic climate change – but the individual contribution of each factor is not well understood.’

They appear to be caused by increasing tropical western Pacific temperatures – and regional changes in winds induced by a warming planet.

Dr Sharon Stammerjohn and Dr Ted Scambos, environmental scientists at Colorado University who were not involved in the study, said the take-home message is ‘no place is immune to climate change.’

‘Warming at the South Pole is significant, but its mean temperature is still far below freezing,’ the pair said. 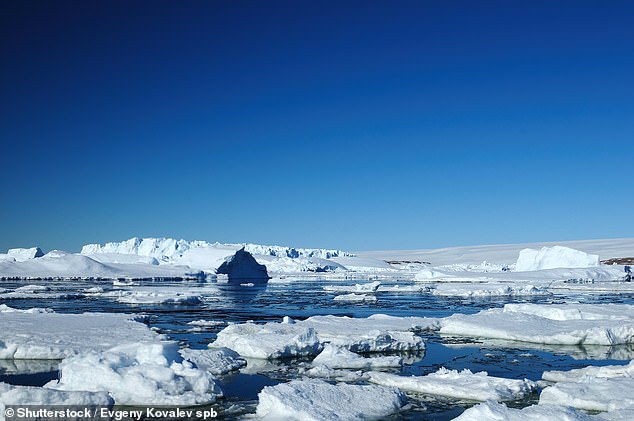 Corresponding author Dr Kyle Clem the temperature increases were unlikely the result of natural climate change alone, but that other factors had to be considered. Stock image

‘This is not the case for the coastlines of Antarctica, nor for its ‘weak underbelly’, the marine-grounded West Antarctic Ice Sheet.’

The effects of climate change have long made their mark in Antarctica – with more than 90 per cent of the Peninsula’s glaciers in retreat and West Antarctica losing ice at alarming rates, the study authors explained.

‘Without a doubt, these are unprecedented times, both for the health of our planet and for its inhabitants,’ said Dr Stammerjohn and Dr Scambos.

‘Unless we take measures to flatten the curve on global carbon emissions, Antarctica’s contribution to a warmer world and sea-level rise could potentially be catastrophic given the strong feedbacks and tipping points in polar systems.

‘The collateral damage will not just be accelerated warming and disappearing coastlines, but everything we value that sustains us.’

They said that coronavirus lockdown measures has shown us that it is possible to live more sustainably as a society and as individuals.

Even a small sea level rise could throw coastal communities into chaos.