Home » Science » Space junk: Astronomers track 20,000 objects as satellites are at risk of being wiped out

Communication satellites, GPS and space telescope observatories all occupy a region of space that is becoming increasingly littered. Thousands of dead and defunct satellites are currently circling the planet and the race is on to send even more up.

Companies like SpaceX are planning to launch tens of thousands of Starlink satellites into low Earth orbit (LEO) and astronomers are growing concerned about the amount of waste in space.

According to Michał Szaniawski, head of the Polish Space Agency (POLSA), space junk poses a threat to all forms of orbital technology.

At breakneck speeds of 17,000mph and higher, a single piece of scrap metal less than an inch across turns into a deadly bullet. 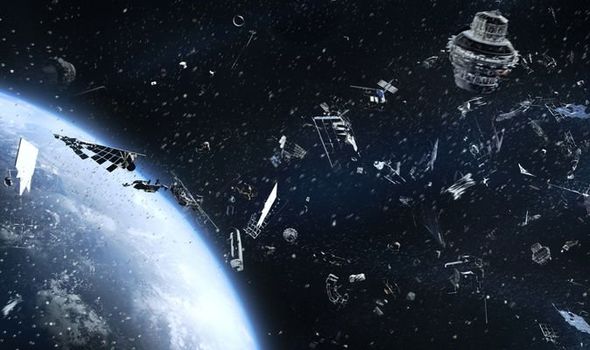 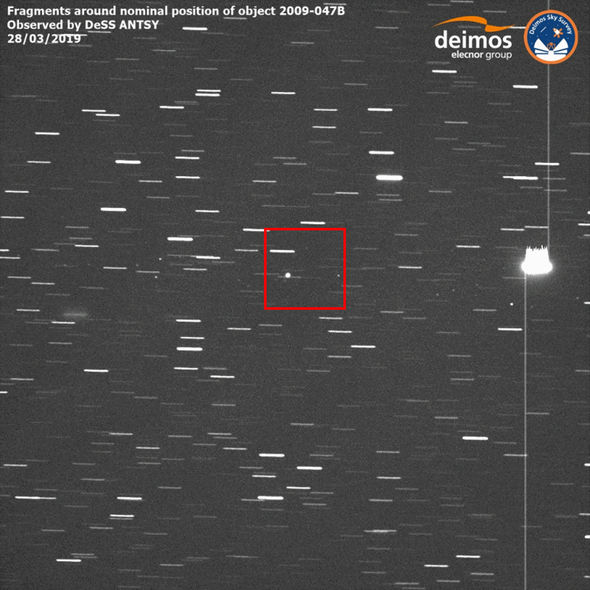 The warning comes after a Polish satellite came close to hitting the upper stage of a discarded Pegasus rocket on December 25 last year.

At its closest, the Polish BRITE2-PL Heweliusz satellite missed the Pegasus by just 36ft (11m).

The BRITE2-PL Heweliusz is one of two Polish orbital observatories studying the brightness of stars.

Mr Szaniawski said: “We must protect our country’s interests and safeguard our satellites.”

According to POLSA’s Arkadiusz Chimicz, the agency is now tracking some 20,000 objects racing around the planet.

The tracked objects are a mix of functioning and dead satellites but Mr Chimicz suggested there could be as many as one million objects to look out for.

Space debris poses a threat to all infrastructure in space

In orbit, even the smallest object can punch through satellites if travelling fast enough.

In 2018, for instance, a puncture was found on the International Space Station (ISS) after ground controllers noted oxygen was slowly leaking from the orbital lab.

Scientists at the time speculated the hole might have been punched out by a micrometeoroid or piece of orbital debris.

Since the Soviet Union launched the Sputnik into orbit in 1957, nearly 37,000 manmade objects have been launched into space. 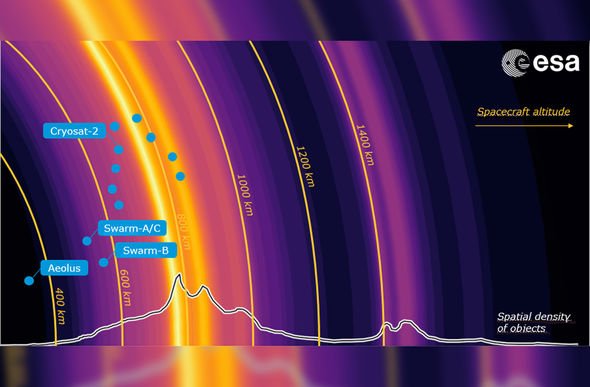 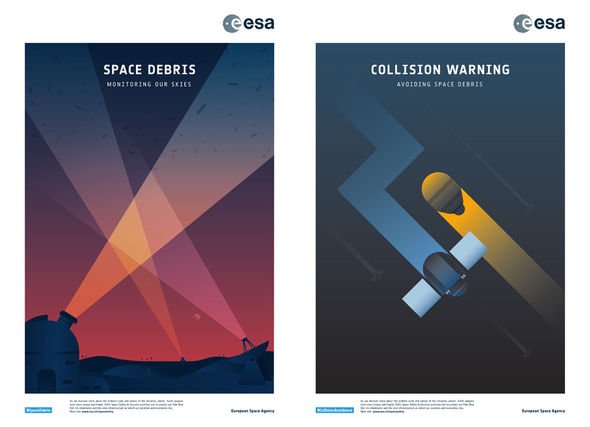 Although some satellites and space junk will drift towards the planet with time and burn up in the atmosphere, many remain in orbit.

According to the Union of Concerned Scientists, there were a total of 2,218 working satellites orbiting Earth on December 16, 2019

The US Space Surveillance Network estimates around 87 percent of the objects currently in orbit are inactive or fragmented.

Broken down, based on size, the US Space Surveillance Network found in August 2019 more than 130 million objects smaller than one millimetre across.

The number of satellites, both dead and alive, will grow in coming years as companies like SpaceX carry out plans to launch up to 42,000 satellites into LEO.

Efforts are, however, mounting to make LEO a safer environment for spacecraft.

The ClearSpace-1 project will launch in 20205 and will collect orbital debris by grabbing onto it and dragging it down towards Earth.