The chances of man-made objects colliding with one another and breaking apart could create even more debris capable of threatening other healthy spacecraft. The new Conjunction Streaming Service Demo is an online tool updating every two seconds the surprisingly large number of space junk — out of approximately 1,500 items in low-Earth orbit — that get uncomfortably close to one another almost every 20 minutes.

The graphs’s X-axis keeps track of the time, while the Y-axis depicts the short distance between two approaching space objects, ranging from 3 miles (5km) to impact.

These things are traveling really, really fast and definitely coming close to each other. People need to be aware of that

The graph features a series of arcs demonstrating when two pieces of debris rapidly move toward one another, make their closest approach, and then speed away.

If the arc is extremely stretched, then two objects just had an extra close call.

Others space debris gets frighteningly close within just a few minutes. 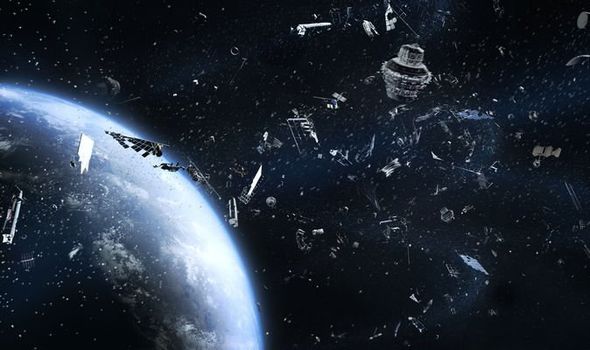 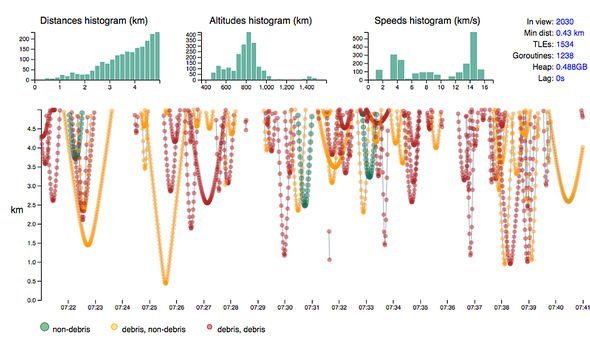 There is apparently a worrying constant abundance of arcs on the graph.

While writing this story, the closest two objects got to one another was approximately 820ft (250m).

The graph is also colour-coded, indicating which types of objects are approaching one another.

Green arcs indicate two operational satellites possessing the capability to dodge out of each other’s way.

Yellow arcs indicate one movable satellite and one non-maneuverable object.

And red arcs represent two dead objects, which have no choice but to continue on an potentially inevitable crash course.

The visualisation is the creation of Professor Moriba Jah of the University of Texas, who specialises in tracking orbital debris.

He revealed the tool’s aim is to illustrate how objects narrowly miss other constantly, despite the vastness of space around Earth. 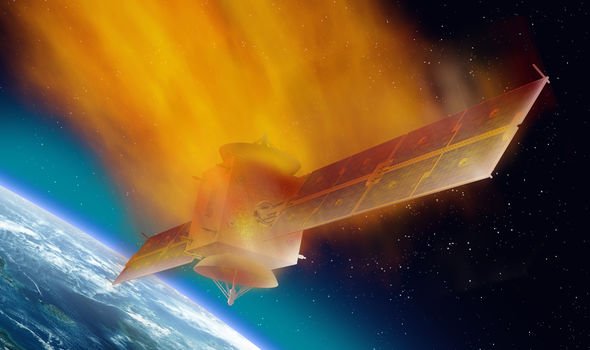 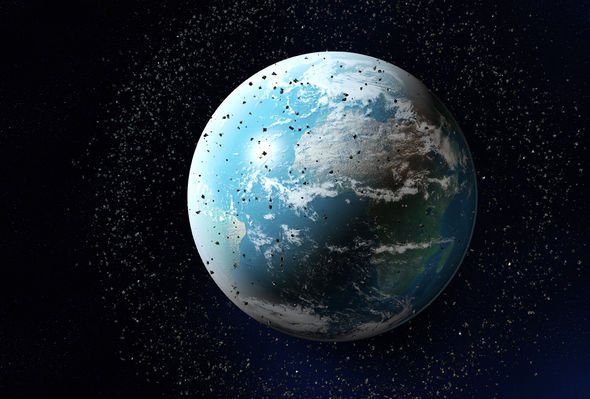 Professor Jah told The Verge: “Things are crisscrossing each other at very high speeds.

“These things are traveling really, really fast and definitely coming close to each other. People need to be aware of that.”

Professor Jah’s visualisation draws on orbital data collected by the US Air Force, which is responsible for keeping an extensive catalog of the space objects circulating around Earth.

He admits the graph is only showing predictions based on that data, and the objects’ positions could be slightly off.

It should also be remembered that while such space junk gets close, most of these satellites are relatively small.

Professor Jah added: “This is why actual collisions aren’t frequent.

“Even though things are coming within [a couple hundred] metres, the actual size of the objects is much, much smaller.”