Astronomers have spotted a huge eruption of magnetic filament on the Sun, which has become unstable and blasted out into the solar system. Researchers described this coronal mass ejection (CME) – large expulsions of plasma and magnetic field – as a ‘canyon of fire’ and are wary the ensuing blast of particles could hit Earth. Astronomy site Space Weather said: “During the late hours of July 8, a magnetic filament on the sun became unstable and snapped.

“The eruption cut a ‘canyon of fire’ in the sun’s atmosphere and hurled a faint coronal mass ejection (CME) into space.

“NOAA analysts are modelling the CME now to see if it might hit Earth’s magnetic field in the days ahead.”

An intense stream of solar particles has the potential to cause auroras on Earth. 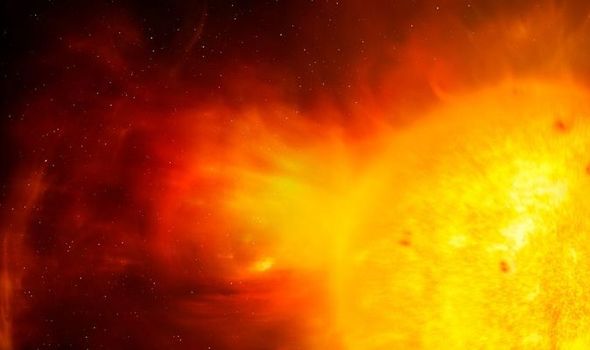 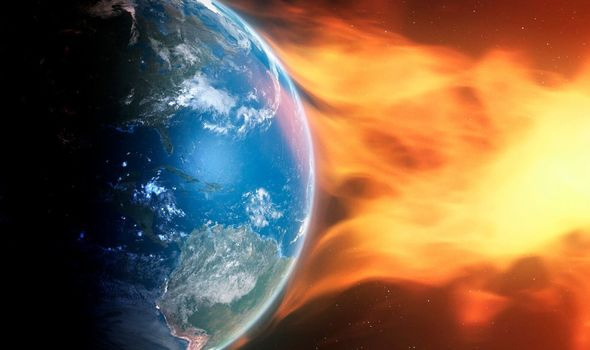 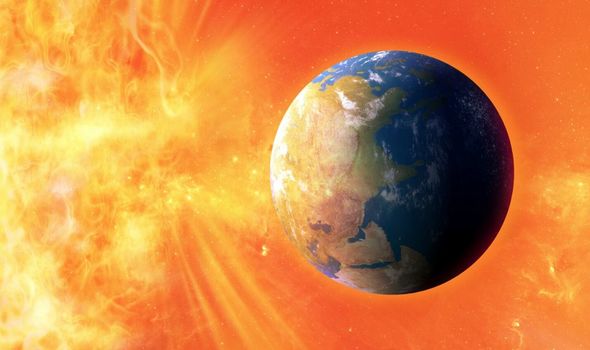 However, a recent study has found these solar storms should happen every 25 years on average, meaning we are well overdue. 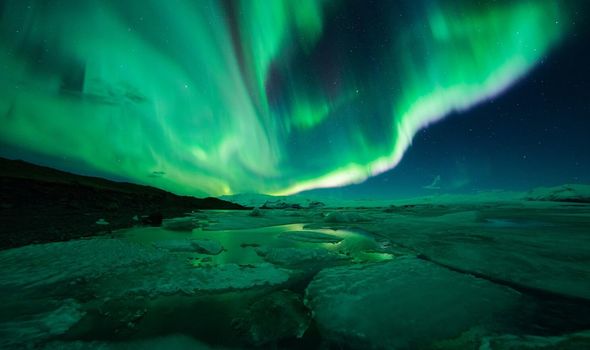 The researchers said if it had hit Earth, it could have downed technology on our planet.

Lead author Professor Sandra Chapman, from the University of Warwick’s Centre for Fusion, Space and Astrophysics, said: “These super-storms are rare events.

“But estimating their chance of occurrence is an important part of planning the level of mitigation needed to protect critical national infrastructure.