Elon Musk’s rocket company, SpaceX, is preparing to rocket the first 60 of nearly12,000 internet-providing satellites into orbit, and you can watch the launch live.

Over the weekend, Musk shared an image of the spacecraftpacked inside the nosecone of a Falcon 9 rocket. The 230-foot-tall vehicle is supposed to lift off tonight between 10:30 p.m. and midnight ET. A weatherforecast issued by the US Air Force on Tuesday suggests SpaceX has a 80% chance of getting the rocket off the ground. 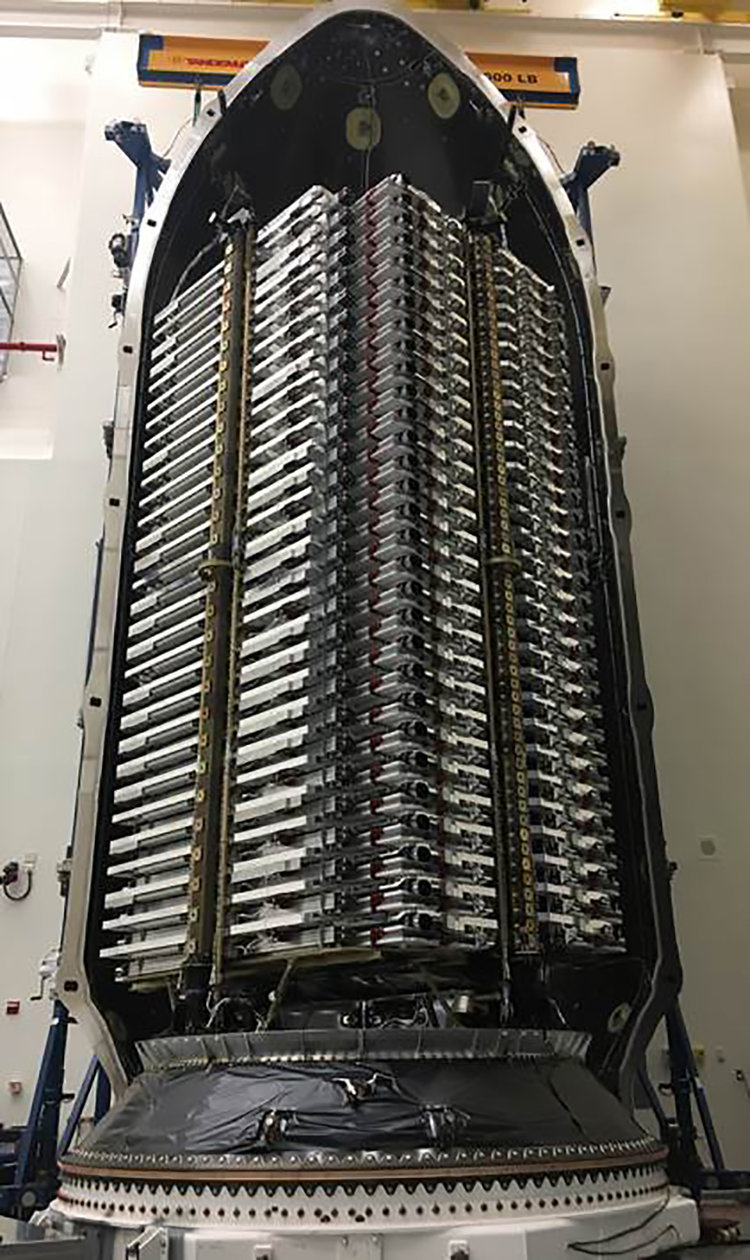 A fleet of 60 Starlink internet-providing satellites stuffed into the nosecone of a SpaceX Falcon 9 rocket.Elon Musk/SpaceX via TwitterSpaceX is footing the bill for the launch, which Musk says is experimental in nature.

“Much will likely go wrong on 1st mission,” hetweeted on Saturday.

To save what may amount totens of millions of dollars, SpaceX is relying on a twice-launched 16-story rocket booster that previously helped deliver commercial satellites into orbit in September and January. Musksaid the Starlink launch will also reuse fairings — clamshell-like halves that make up a rocket’s nosecone — that flew on an April 11 rocket launch.

SpaceX successfully tested the engines of its Falcon 9 rocketon Monday, and the mission is awaiting launch at Space Launch Complex-40 in Cape Canaveral, Florida.

If there’s a delay due to weather, a boat entering a hazard zone, or some kind of technical glitch, SpaceX has clearance to try the launch again 24 hours later.

SpaceX willbroadcast live video of the launch starting about 15 minutes before lift-off. You can watch the rocket launch using theYouTube player embedded below.

What Starlink is and why it matters

SpaceX plans to complete its Starlink in 2027 — the full-deployment deadline issued by the Federal Communications Commission.

In its final form, Starlink will consist of nearly 12,000 satellites — six times the number of all operational spacecraftnow in orbit— in several orbital “shells.” Each satellite would link to four others via laser beams, creating a robust mesh network around Earth.

The goal is to use that network to relay internet traffic at close to the speed that light travels through a vacuum (which is about 50% faster than light can travel through glass in fiber-optic cables).

The first 60 satellites, each weighing about 500 lbs (227 kilograms), are not a final design. But they’re close enough to help SpaceX test several key technologies required to make Starlink work. 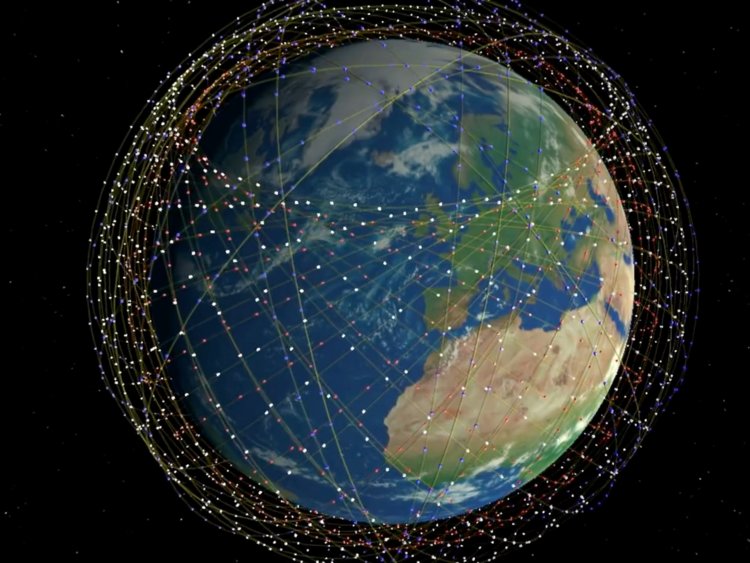 As the network of Starlink satellites gets built up in space, most places on Earth could gain access to high-speed, low-latency, and affordable internet connections that rival the speed of those found in well-wired cities. Even partial deployment of Starlink would benefit the financial sector and bring pervasive broadband internet to rural and remote areas.

Completing the project may cost $10 billion or more,according to Gwynne Shotwell, the president and chief operating officer of SpaceX. Butcompany documents leaked to The Wall Street Journal suggest Starlink’s revenue could peak at more than $30 billion a year.

“This is the most exciting new network we’ve seen in a long time,”Mark Handley, a computer-networking researcher at University College London who hasstudied Starlink, previously told Business Insider. He added that the project could affect the lives of “potentially everybody.”