Famous British astronaut Tim Peake shared the breathtaking photo on Twitter. His post came as SpaceX’s first ever manned spacecraft was making its return drop to Earth tonight. Colonel Doug Hurley and Colonel Bob Behnken piloted the capsule as it made a fiery 17,500mph freefall through the atmosphere, slowing rapidly to 15mph as it approached the ocean.

Mr Peake posted a view from a window of a return capsule, with stars racing by and a red glow.

He wrote on Twitter that the temperatures the capsules experiences is around 1900C (3452F).

He said: “This is the view during reentry, as temperatures outside reach around 1900C and g-loads build up to 4 or 5g.

“The atmosphere is essentially your air brake for several minutes.” 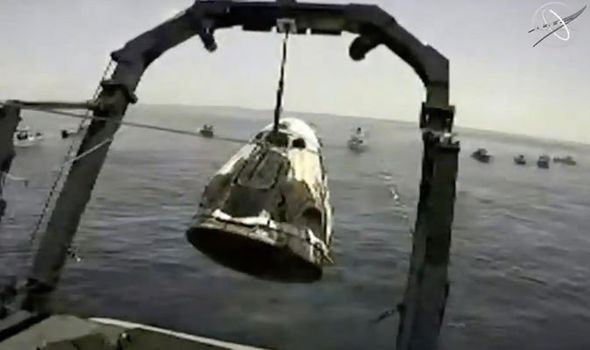 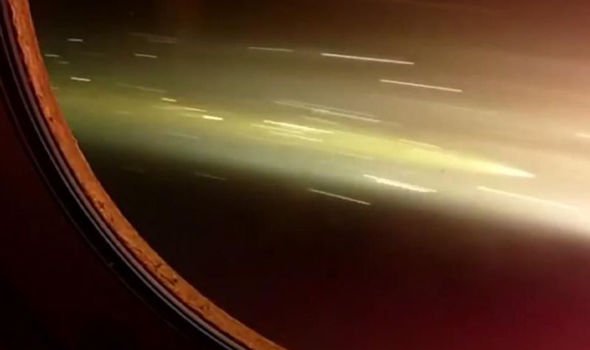 Mr Peake also tweeted out his congratulations to the crew of the SpaceX trip.


Mr Hurley and Colonel Behnken made an ocean landing off the Florida coast in the Gulf of Mexico.


The pair returned after launching on May 30, making a 15mph splashdown. 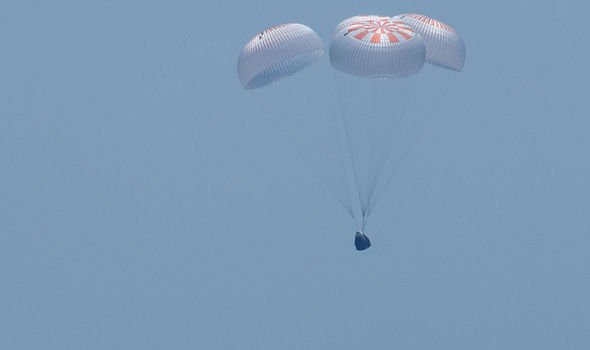 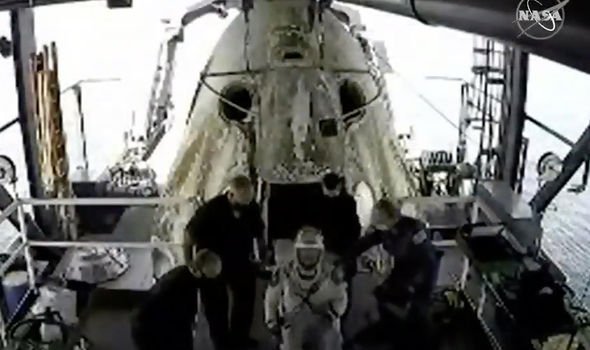 Crew Dragon’s return to Earth was the first time a manned spacecraft made an ocean landing since 1975.


It also marked the end of SpaceX’s first ever manned trip to space.


Elon Musk’s space company also used the first ever commercial spacecraft to make a trip to the International Space Station.

The trip was also the first time that US astronauts had flown into orbit on a US spacecraft from US soil since 2011, when NASA retired its space shuttle fleet after 30 years in operation.

Despite Mr Peake’s description of insane temperatures, the SpaceX crew enjoyed a much more manageable 24C (75.2F) inside their capsule.


But Colonel Behnken had admitted that he expected a much bumpier journey back to Earth before the mission started.


He said: “I’m expecting a little bit of vomiting to maybe happen in the end.”


He added that he would look forward to light travel sickness as a “celebratory event”. 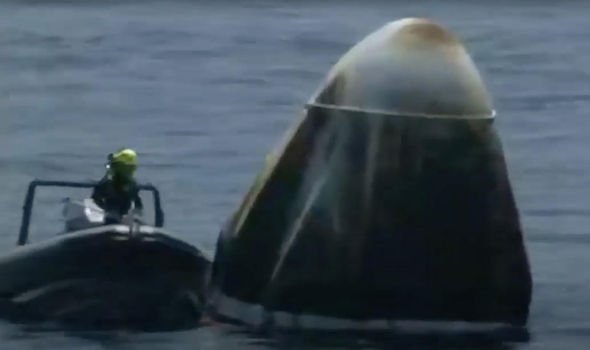 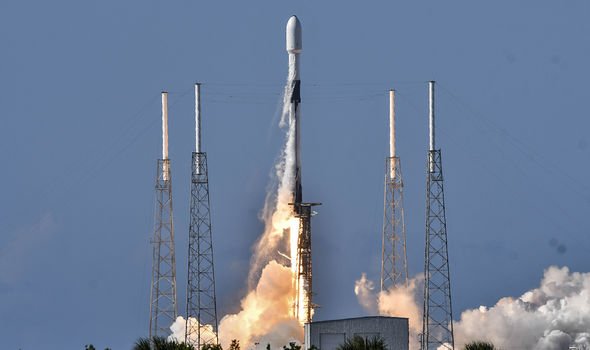 In a heartwarming moment, Mr Hurley’s son pre-recorded a message for his dad in space.


The son said: “Good morning Dragon Endeavor. I’m happy you went into space but I’m even happier that you’re coming back home.”


He said: “Great to have NASA Astronauts return to Earth after very successful two month mission.”