Starship SN5 is pencilled in to blast off in the next few hours from SpaceX’s Boca Chica facility in South Texas. The rocket was due to launch on Monday evening but the test flight was scrubbed after a fuel valve failure triggered an automatic abort. The test flight comes hot on the heels of SpaceX’s Demo-2 mission to the International Space Station (ISS).

SpaceX will now look to continue its recent string of successes with the Starship hop.

If all goes according to plan, the launch will mark the first full-scale flight of the SN5 prototype.

SpaceX has not carried out a test flight since August 2019, when its smaller Starhopper prototype was launched 500ft (150m) into the air.

Then, on July 30, SpaceX CEO Elon Musk, 49, confirmed on Twitter the SN5 completed a static fire test of its Raptor engine.

How to watch the SpaceX Starship live stream:

Although SpaceX will not broadcast today’s test flight, you can tune in to the embedded video player above.

The live stream features three different cameras set up outside of the Boca Chica facility.

LabPadre said: “This 24/7 stream is powered by LabPadre, in cooperation with Sapphire Condominiums and Isla Grand Beach Resort. 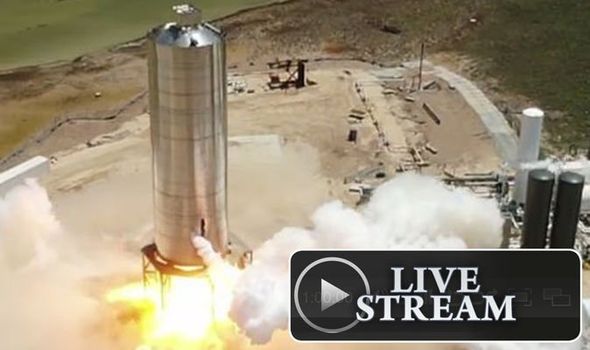 SpaceX has been rapidly iterating on the design of Starship

“The telephoto camera is mounted at 350ft in altitude and 5.87 miles from the Space X facility at Sapphire Condominiums.”

Once completed, Starship will service both SpaceX and NASA on missions to Mars and the Moon.

The fully reusable spacecraft will stand at 160ft (50m) in height and will carry more than 100 tonnes of cargo into low-Earth orbit.

SpaceX said: “Starship is the fully reusable spacecraft and second stage of the Starship system. 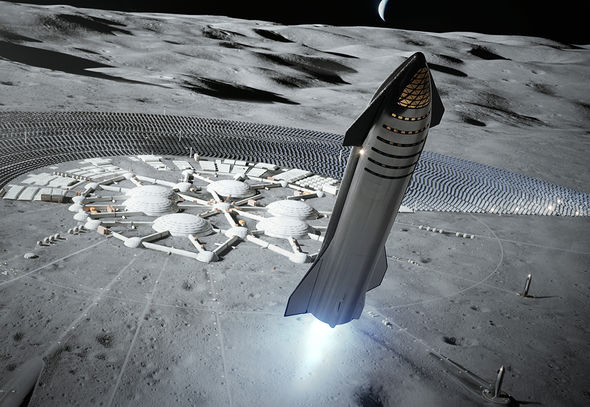 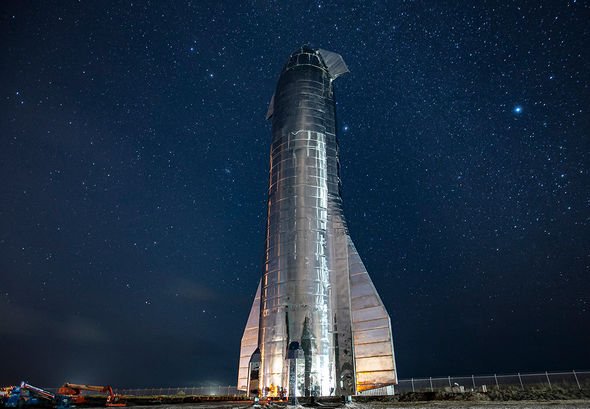 “It offers an integrated payload section and is capable of carrying passengers and cargo to Earth orbit, planetary destinations, and between destinations on Earth.”

Starship will be carried into orbit by first stage Super Heavy booster, boasting more than three million kilograms of mass at liftoff.

The California-based company said: “Starship will be the world’s most powerful launch vehicle ever developed, with the ability to carry in excess of 100 metric tonnes to Earth orbit.

“Drawing on an extensive history of launch vehicle and engine development programs, SpaceX has been rapidly iterating on the design of Starship with orbital-flight targeted for 2020.” 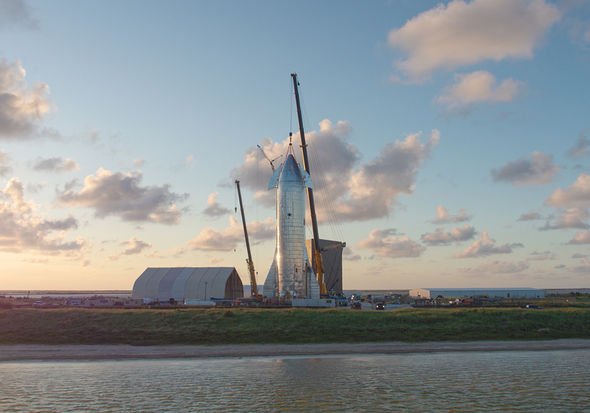 SpaceX aims to land its first cargo mission on Mars by the year 2022, followed by a crewed mission in 2024.

Mr Musk said: “You want to wake up in the morning and think the future is going to be great – and that’s what being a spacefaring civilization is all about.

“It’s about believing in the future and thinking that the future will be better than the past.

“And I can’t think of anything more exciting than going out there and being among the stars.”