SpaceX’s Starship is “getting ready for flight” with the California-Based rocket manufacturer filing for permission to launch. SpaceX founder Elon Musk, 48, shared the news with his 28.2 million Twitter followers on Tuesday, September 10. The Starship update came after SpaceX filed documents with the US Federal Communications Commission (FCC). The announcement sparked a flurry of Tweets from SpaceX fans excited by the news of progress.

Elon Musk tweeted on Tuesday: “Getting ready for flight of orbit-class Starship design.”

The rocket manufacturer filed documents with the FCC that would grant the Starship a test launch of up to 74,000ft or 13.98 miles (22.5km).

The FCC documents dated September 9 refer to the Starship as a “suborbital test vehicle which will fly to an altitude of 20km” or 12.4 miles.

If approved, the test flight will blast off from SpaceX’s facilities in Boca Chica, South Texas. 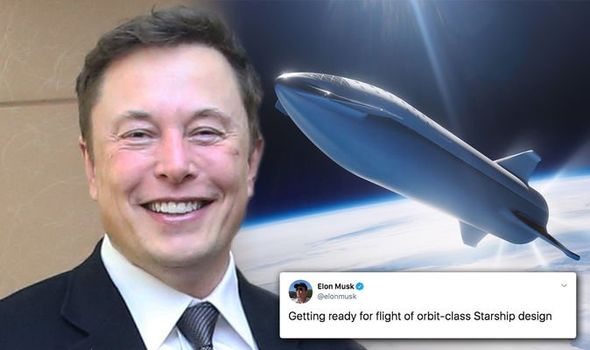 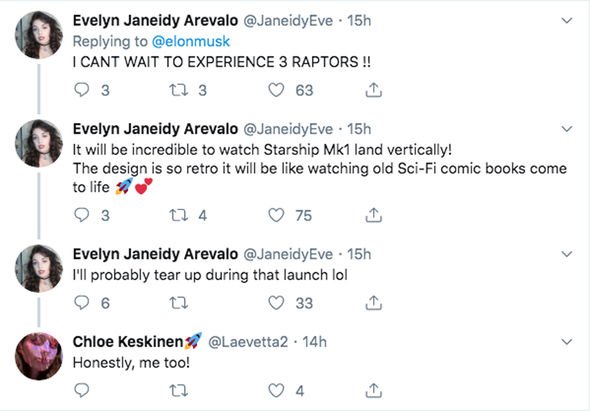 Getting ready for flight of orbit-class Starship design

At these heights, the Starship would fly well below the average 22,000 (36,000km) orbit of geosynchronous satellites.

But the test would still mark a significant upgrade on SpaceX’s recent Starhopper engine tests or “hops”.

The news was welcomed by SpaceX’s eager fans on Twitter.

“The design is so retro it will be like watching old Sci-Fi comic books come to life.”

She then said: “I’ll probably tear up during that launch lol.”

Andrew Hart tweeted: “I won’t be happy until the spaceship is launched from a secret lair under your swimming pool.” 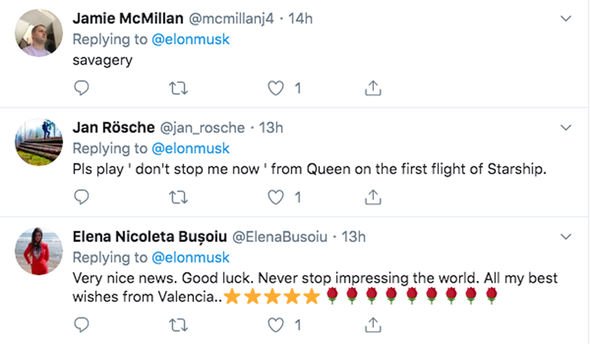 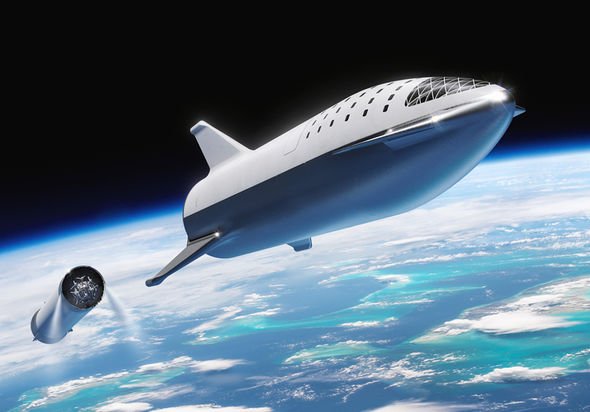 And another Twitter user said: “The Stars have begun to align for SpaceX and Starship debut. Excited for presentation Elon.”

Two Starship prototypes are being currently assembled at SpaceX’s facilities in Texas and Florida.

The Starship Mk1 and Starship Mk2 are scaled-down versions of the final spacecraft that will form the upper stage of SpaceX’s Big Falcon Rocket (BFR).

Mr Musk is expected to announce on September 28 a new update to the Starship design, which has changed drastically since its initial 2016 concept.