Home » Still scared to return to normal life? Maybe you have 'the freeze' like me.

For months, all I thought about was getting a vaccine. I refreshed pharmacy websites thousands of times, annoying my family members with my nightly phone-tapping on the couch. Just let it go, they begged. You’ll get one when you get one.

I’ll admit I was obsessed. Vaccines were supposed to be the end of a long, traumatic journey — one marked by hospital visits, panicked trips to the grocery store, and total physical isolation from nearly every person in my life.

I fled New York City for my mother’s house in California a year ago in order to deal with long-lasting symptoms of a COVID-19 infection I’d gotten in March 2020. I’d hoped the sunshine and proximity to family would help, though I had also grown afraid of any dense, crowded environment like the one that had gotten me sick.

When my vaccine appointment finally arrived, I sat like a schoolkid in the blue Walgreens chair, my arm tingling from a fresh jab, but I felt oddly numb. I’d expected to be euphoric — things were finally about to return to normal! I hadn’t considered “the freeze”: that stuck feeling after a trauma.

A freeze can descend when we’re still working to process what just happened and not yet sure that a perceived threat has abated.

When a zebra is hunted by a lion, it has three options: attack (fight), run away (flight), or play dead (freeze). If that third method is successful, the lion won’t eat the zebra — but the zebra won’t necessarily spring from the ground once the predator is gone, either.

Instead, its autonomic nervous system — the brain’s control center that regulates bodily functions — is still reeling from its brush with death. So it stays frozen far longer than may seem necessary. It happens in other animals, too: A 2017 study found that rats continued to freeze for long periods of time even after researchers stopped exposing them to a stressor (in that case, a mild electric shock).

I had fought COVID-19, fled to a safer locale, and gotten my vaccine. But I was still frozen.

It will still take quite some time, I now realize, for me to get up off the ground.

I know I’m not alone in this feeling of paralysis. Many people I’ve spoken to say that even after being fully vaccinated, they still feel afraid to give hugs and hesitant to remove their masks around other vaccinated folks — even though the Centers for Disease Control and Prevention says those activities are safe for vaccinated people. Dining indoors might as well be skydiving without a parachute.

“We’ve been in almost a constant state of arousal for a year,” Eva Ritmo, a psychiatrist in Miami Beach, told me. “It’s been so trying on our nervous systems, watching the news, watching people die, being in such a fear-based state. A part of it is that we’re just so traumatized from all that arousal that we’re sort of stuck.”

Our bodies don’t feel safe yet 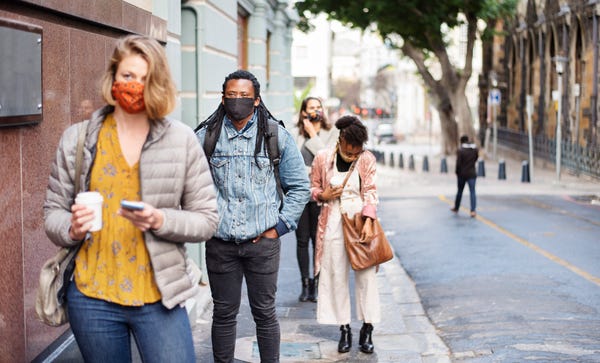 The fear of reentering society has an official name: COVID anxiety syndrome. People who experience it have trained themselves to stay alert to possible threats, including contact with others, according to Dr. Emma Seppala, science director of the Center for Compassion and Altruism Research and Education at Stanford University.

Seppala told me she’s seen a similar levels of hypervigilance among people with military training.

“I know many veterans who still locate exits whenever they enter a building, or are always keen observers of their environments for signs of danger,” she said. “We can expect that people will remain anxious and in a hypervigilant way for quite some time.”

Letting go of masks and social distancing requires believing that we’re safe — a trust fall that’s hard to perform when the threat of the virus still lingers. It’s almost like rushing back into a car after you’ve been in an accident, Ritmo said.

Many Americans are also still wary of government health recommendations, particularly after the CDC first advised people not to wear masks at the start of the pandemic. Some now see the agency as politicized. Breakthrough infections following vaccinations have offered even more reason to stay on guard.

“I don’t think it’s crystal clear what is exactly safe and what we should be doing,” Ritmo said. “That’s going to trigger our arousal and then we’re going to have that fight, flight, or freeze again.”

But we can train ourselves to recover 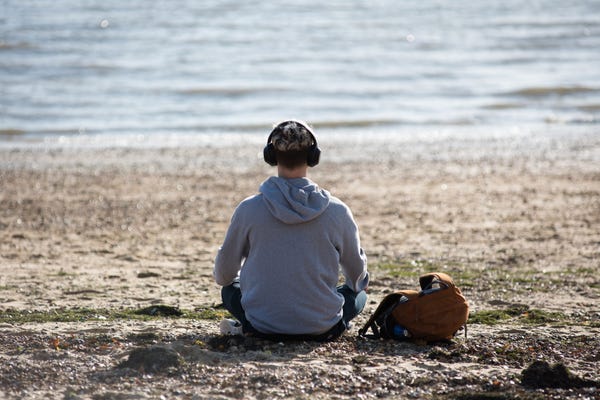 Before getting up off the ground, a zebra that escapes a predator will tremble in place. It’s a recovery mechanism: The animal’s parasympathetic nervous system, or resting response, is quite literally shaking off the trauma to feel relaxed.

For humans, it’s not so simple.

“Most of us have not learned how to return to that state of calm and restoration,” Seppala said. “In fact, we often keep stressing about the event for days or years.”

To recover from COVID-related trauma, Ritmo said, it helps to think about areas in which you’ve grown during the pandemic, then try to incorporate those lessons into your life moving forward. Maybe you’ve found a new hobby or rekindled connections on Zoom.

Research has shown that around half of people who have experienced trauma can later see positive psychological changes as a result, such as a greater appreciation for life or enhanced creativity — a concept known as post-traumatic growth.

If you’re struggling to get there, Seppala said, deep breathing is a good place to start.

“When you inhale, your heart rate increases. When you exhale, it slows down,” she said. “Taking just a few minutes to close your eyes and lengthen your exhales — make them twice as long as your inhales — will help you calm down in minutes. Regular meditation, yoga, nature exposure, exercise all helps, too.”

But one thing you can’t do, Seppala added, is talk yourself out of stress.

“Think about how helpful it is when a friend or manager tells you to ‘just relax’ before you have to deal with a difficult client,” she said. “That’s not only unhelpful — it’s often downright irritating.”

Telling myself that a vaccine was a ticket to normalcy, it turned out, created unnecessary pressure.

There’s no set timeline for when a freeze is supposed to end. For some, the thaw may take much longer than others. But at some point, I and those around me will get up from the ground — hopefully together, in person.