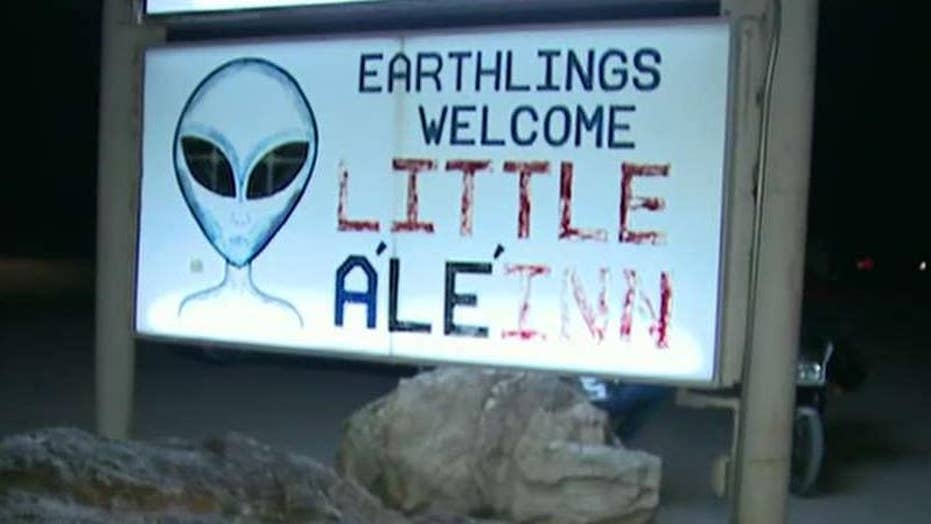 Around 150 people showed up to the Area 51 Basecamp of the 2 million people who RSVP’d to come; Jonathan Hunt reports.

RACHEL, Nev. – The day after the official "storming" of Area 51, one event in the Nevada desert was canceled Saturday due to low attendance while revelers at a second festival continued to party on with fellow alien "believers."

"We weren't sure how many people were coming. The numbers we kept hearing were twenty- to fifty-thousand," Wright told Fox News on Saturday. "The real number looks like about 2,500 that came through the area, split through two events." 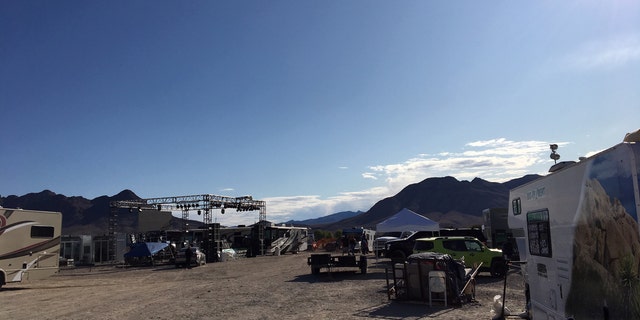 The "Area 51 Basecamp" second day was canceled due to low turnout on Friday.
(Travis Fedschun/Fox News)

Wright added the decision to cancel the second day of music, speakers, and movies was based on not knowing how many people would still head to the area after the "storm event."

"On the one side, I feel like we did what we set out to do, which was put on a safe, clean, effective event that was enjoyable for the people that showed up," Wright told Fox News. "What ended up happening is we didn't end up having the traffic we needed and we wanted."

'STORM AREA 51' HAS ALIEN 'BELIEVERS' MOSTLY STANDING NEAR A GATE, LOOKING 'TO THE SKIES,' FEELING THE SPIRIT

In Rachel, site of "Alienstock," around 3,000 festival and campers continued to mill around the area on Saturday afternoon, partaking in activities such as ax-throwing and alien meditation. 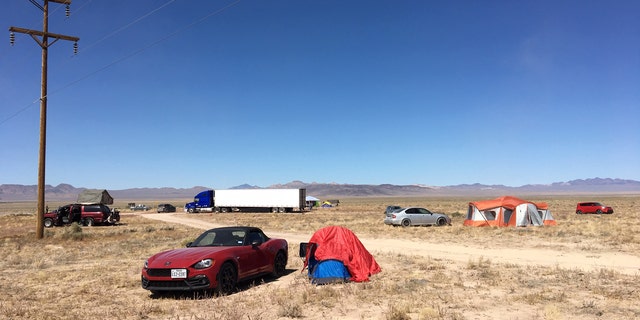 Campers continued to mull around in Rachel, Nev., where "Alienstock" was taking place.
(Travis Fedschun/Fox News)

Zoe Vidgoff told Fox News she "came to party pretty much with our extended alien-loving community," and had an intense alien-meditation experience earlier in the day.

"I had an experience where I went to a solar system that the sun was a vibrant blue and the planet was farther from the sun than our Earth because I think the sun was quite a bit hotter," Vidgoff said.

"I had an experience where I went to a solar system that the sun was a vibrant blue and the planet was farther from the sun than our Earth because I think the sun was quite a bit hotter." 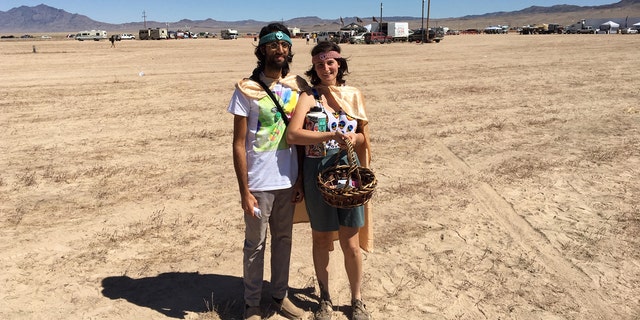 The right environment such as "special music" with the relaxation of the body can help to tap one's mind into that realm, according to Vidgoff, who added that another factor also helped.

"I smoked two joints today," she said. "So I would say that had some factor in allowing the mind to be open to experiencing concrete imagery."

"I smoked two joints today. So I would say that had some factor in allowing the mind to be open to experiencing concrete imagery."

For Sarah Giampia from Las Vegas, the first Alienstock was a success in her eyes for simply have no set schedule at all. 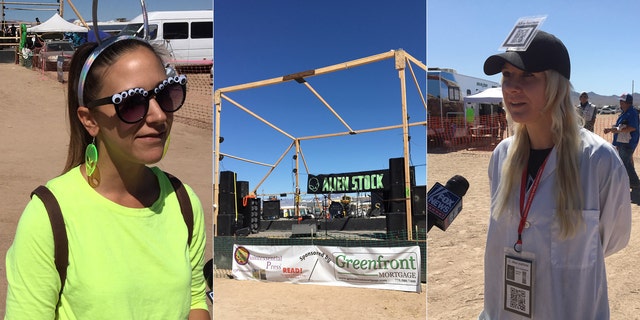 "It's raw, it's in its primal state right now," she told Fox News. "Everyone doesn't know what to expect, which is awesome."

"It’s raw, it’s in its primal state right now. Everyone doesn’t know what to expect, which is awesome."

'STORM AREA 51': STRANGE TIMES OUT ON THE 'EXTRATERRESTRIAL HIGHWAY'

On Saturday, the Lincoln County Sheriff's Office said on Facebook that seven people had been arrested during the events in Hiko and Rachel. Officials said three people were arrested for trespassing overnight, between late Friday and early Saturday. All three were booked and released with citations.

Area 51 raiders have a pleasant exchange with military and police

Jonathan Hunt talks with elected officials and those gathered to ‘storm Area 51.’

One person was arrested for disorderly conduct late Friday night at the Alien Research Center in Hiko, the sheriff's office said. The suspect was booked and released with a citation.

The sheriff's office said two people were arrested overnight betwee late Thursday and early Friday, the day of the "storming." A Canadian citizen was arrested in Hiko for indecent exposure but was later released. A second, alcohol-related arrest was made and the suspect was transferred to a booking facility in Pioche. 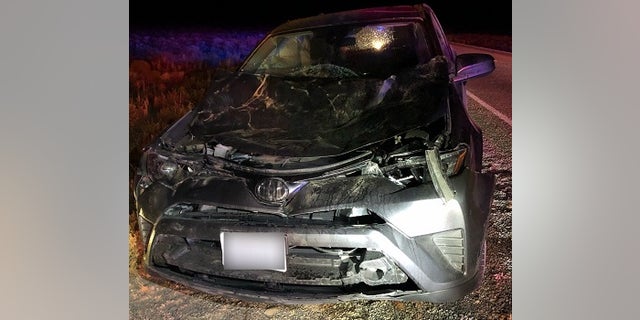 A vehicle was seriously damaged after colliding with a cow on State Route 375 late Friday.
(NHP Southern Command)

Besides the arrests, there have been three accidents involving livestock or wildlife. One of those took place Friday night on State Route 375 at mile marker 30, involving a passenger car and a cow.

By Saturday afternoon, emergency services Chief Eric Holt said the number of law enforcement officers and medics was being scaled back, but that officials weren't becoming complacent.

He said resources mustered from around the state to handle up to 30,000 people probably won't be needed for the estimated 3,000 campers and festival-goers at "Alienstock" in Rachel.

"The best-case scenario is pretty much what happened," Holt told the Associated Press.