Black holes are one of the most extreme entities in the universe. These mysterious regions of space-time exhibit such power that nothing – even light can escape from from their grasp. Now a NASA space observatory has spotted the Sagittarius A* (Sgr A*) supermassive black hole became 75 times brighter in only two hours, leading some to speculate it could devour whatever is nearby –even our solar system.

Sgr A*, sitting the centre of the Milky Way, is estimated to be four million times as massive as the Sun.

The brightness of Sgr A* varies all the time, getting brighter and fainter on the timescale of minutes to hours

And in May the Milky Way’s supermassive black hole was measured “reaching much brighter flux levels in 2019 than ever measured at near-infrared wavelengths,” according to a forthcoming study, led by UCLA astronomer Tuan Do.

Fortunately Sagittarius A* sits a distant 25,640 light years from Earth, near the border of the constellations Sagittarius and Scorpius, meaning there is nothing for us to be concerned about.

Mr Do wrote in a statement: “The brightness of Sgr A* varies all the time, getting brighter and fainter on the timescale of minutes to hours – it basically flickers like a candle.

“We think that something unusual might be happening this year because the black hole seems to vary in brightness more, reaching brighter levels than we’ve ever seen in the past.” 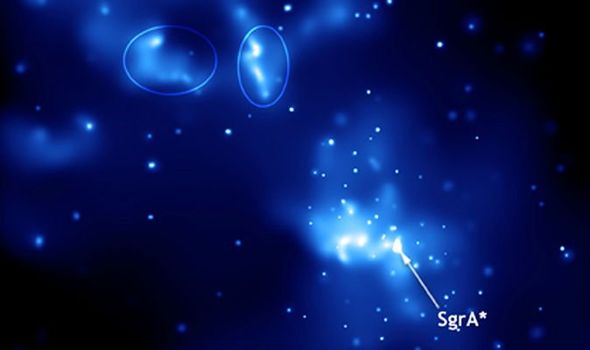 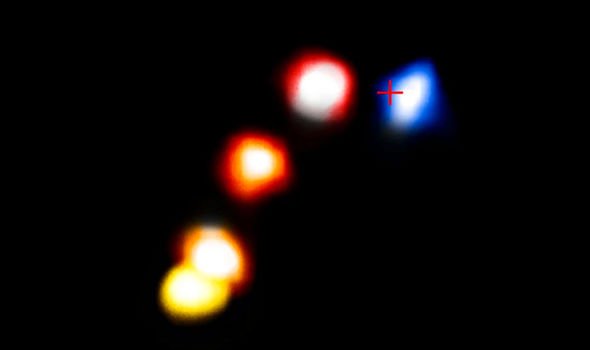 The peak flux, the brightest phase of the flare-up, became “twice the maximum historical flux measurements,” Mr Do added.

To put this in context, in the two decades since Sgr A* has been monitored, the next-brightest event has only been half as dazzling as this black hole.

This potentially ominous flare-up at the Milky Way’s centre disbelieved to have been triggered by Sgr A* interacting with local objects, the researchers believe.

The event horizon at the edge of each black hole, is affected by near-unimaginable tidal forces devouring anything that gets too close.

Once a black hole begins devouring nearby gas clouds and stars, material sucked inside heats up at the event horizon.

This sparks intense light shows that are detectable by telescopes.

Mr Do and his colleagues believe a star known as S0-2, approximately 15 times larger than our star, may have been the object responsible for Sgr A*’s significant shining.

In 2018, S0-2 came within 17 light hours of the supermassive black hole – a pass close enough to disturb gases at the black hole’s event horizon and causing May’s unexpected brightening event.

Another possible cause for the cosmic light show is the G2 dust cloud, which passed about 36 light hours from Sgr A* five years ago. 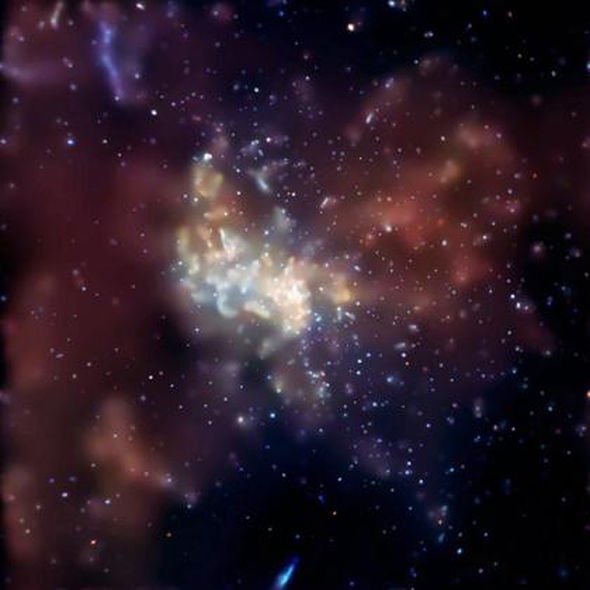 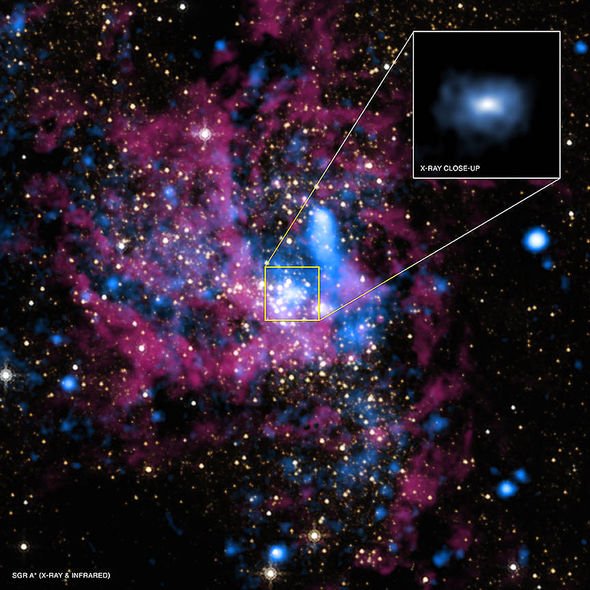 Astronomers predicted G2 would be instantly ripped apart by the black hole, but the results were ultimately described as disappointing and “boring” for astronomers.

However, this initial disappointment may have been premature as we only now be seeing a “delayed reaction” to the gas cloud’s approach, the team said.

“Many astronomers are observing Sgr A* this summer,” Mr Do noted.

“I’m hoping we can get as much data as we can this year before the region of the sky with Sgr A* gets behind the Sun and we won’t be able to observe it again until next year.”

“Maybe the black hole is waking up—there’s a lot we don’t know at this point so we need more data to understand if what we are seeing is a big change in what is feeding the black hole or this is a brief event,” he said.