The alert level for Taal volcano is 4, meaning the fiery mountain on Luzon Island could erupt within “hours to days”. The volcano has been steadily rumbling since it erupted twice this month, on January 12 and January 13.

The two eruptions coated Luzon Island in a thick blanket of ash but have mostly spared its inhabitants from major destruction.

Geologists, however, fear hundreds of localised earthquakes around Taal suggest magma is moving deep underground – a potential processor to an explosive eruption.

Using radar data collected by satellites passing over the Philippines volcano, NASA scientists have been able to detect changes in local ground deformation.

The technique is known as interferometric synthetic aperture radar or InSAR. 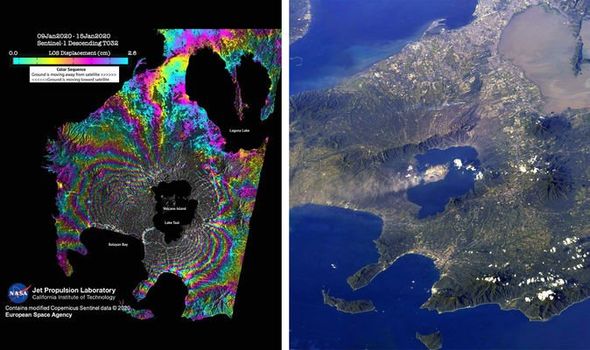 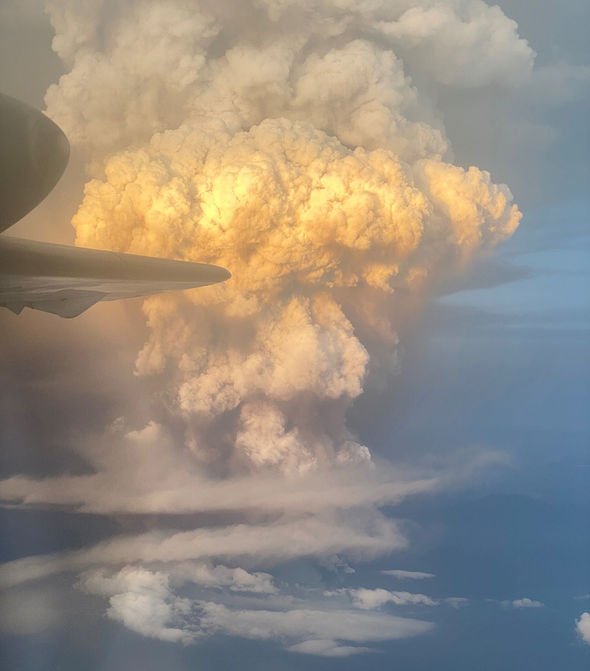 Radar scans can calculate the distance between the Philippines volcano and the satellite and then compare two separate images to find any differences.

The satellite in question was the European Space Agency’s (ESA’s) Sentinel-1b satellite.

You can see an example of InSAR in action in the colourful picture above.

Ground moving up to 1.1 inches (2.8cm) shifts from turquoise towards the bright blue end of the spectrum.

According to NASA geophysicist Eric Fielding said, the Sentinel-1b can snap an image every six days, allowing enough time for ground deformations to become apparent from space.

Keeping watch on the volatile Taal Volcano in the Philippines

Unlike other scanning techniques, such as infrared and visible scans, radars can penetrate through thick clouds and the darkness of night.

The US Geological Survey (USGS) said: “So with InSAR it is possible to track ground deformation even in bad weather and at night – two big advantages during a volcanic crisis.”

At midnight GMT (8am local time) on Friday, January 24, the Philippine Institute of Volcanology and Seismology (PHIVOLCS) said Taal volcano was showing signs of magmatic intrusion. 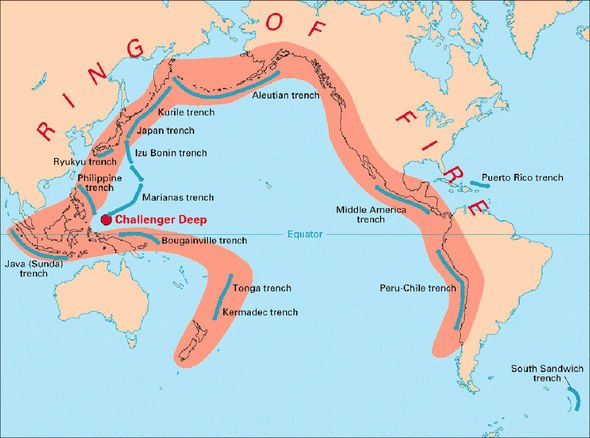 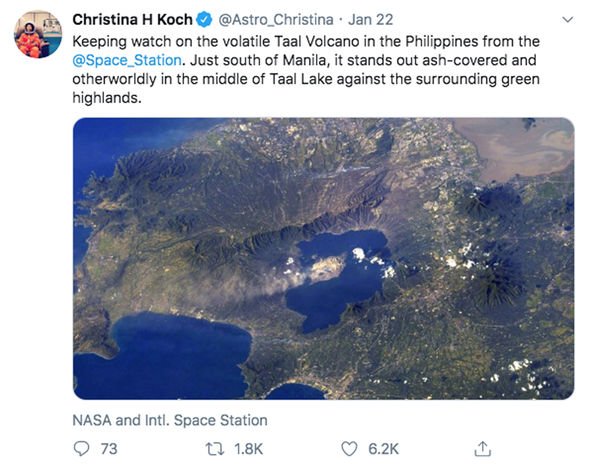 PHIVOLCS also reported a staggering 738 earthquakes on Luzon Island since the first eruption on January 12.

The Philippine Seismic Network (PSN) has recorded an additional 486 small quakes missed by the PSN in the last 24 hours before the update.

“This means that hazardous explosive eruption is possible within hours to days.

“DOST-PHIVOLCS strongly reiterates total evacuation of Taal Volcano Island and high-risk areas as identified in the hazard maps within the 14km radius from Taal Main Crater and along the Pansipit River Valley where fissuring has been observed.”

Flying 250 miles up above Earth, the astronaut pictured a plume of smoke and steam venting from Taal’s crater.

The astronaut tweeted: “Keeping watch on the volatile Taal Volcano in the Philippines from the @Space_Station.

“Just south of Manila, it stands out ash-covered and otherworldly in the middle of Taal Lake against the surrounding green highlands.”