Teenagers who perceive their parents to be loving and supportive are less likely to be cyberbullies, study shows

Teenagers who see their mum and dad as loving caregivers are less likely to be cyberbullies than children with a dysfunctional family dynamic.

A survey quizzed more than 12,000 US youngsters aged 11 to 15 about their familial relationships and experiences with bullying.

It revealed that youths who have parents who are ‘almost always’ loving are six times less likely to engage in high levels of online abuse than those who say their parents are ‘almost never’ loving towards them. 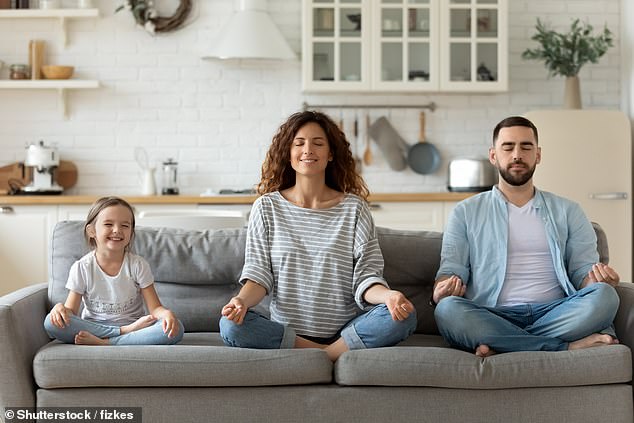 A vast survey of more than 12,000 US children aged 11 to 15 asked about family relationships and experiences with bullying. The observational study cannot prove unloving families causes children to become bullies, but does establish a connection between the two (stock)

The observational study cannot prove unloving families cause children to become bullies, but does establish a connection between the two.

In the experiment, run by New York University, cyberbullying was defined as any behaviour including harassment, insults, threats or spreading rumours online.

In the UK, 43 per cent of teens report having experience with cyberbullying, while in the US it is more than half.

The study results are published as many young people are quarantining with only social media and online tools for company.

Participants aged 11 to 17 years old were asked how often they had bullied someone or been bullied by someone in the past six months.

Their findings demonstrated that parental support had a significant impact on self-esteem and bullying behaviour.

Those who reported a lack of parental support were more likely to have engaged in bullying behaviour as well as been the victims of bullying.

These findings were published in the journal Revista de Cercetare si Interventie Sociala.

Laura Grunin, a doctoral student at New York University Meyers, said: ‘With remote learning replacing classroom instruction for many young people, and cell phones and social media standing in for face-to-face interaction with friends, there are more opportunities for cyberbullying to occur.

‘New family dynamics and home stressors are also at play, thanks to higher unemployment rates and more parents working from home.’

Professor Sally Cohen, of NYU Meyers, said: ‘Understanding what factors are related to a young person’s cyberbullying of peers is important for developing ways that families, schools, and communities can prevent bullying or intervene when it occurs.’

As well as the loving attention of a parent, other types of emotional support, including how much teens feel their parents help and understand them, also contributed to the likelihood of whether young people engaged in cyberbullying behaviour.

Ms Grunin said: ‘Our findings point to the importance of parental emotional support as a factor that may influence whether teens cyberbully – and more importantly, it is how teens perceive the support they receive from their parents.

‘I would stress to parents it is not necessarily if they think they are being supportive, but what their adolescent thinks.

‘Parents should strive to discern their teen’s perception of parental emotional support as it might be associated with youth cyberbullying behaviour.’

The study used data from the World Health Organization Health Behaviour in School-Aged Children survey and includes responses from 12,642 US pre-teens and teens (ages 11 to 15 years old) between 2009-2010.

Professor Cohen added: ‘Since 2010, when the survey was conducted, technology and social media have become increasingly ubiquitous in teens’ lives; the increase in screen time during the current pandemic poses new challenges.

The study was published in the International Journal of Bullying Prevention.