European Southern Observatory’s (ESO) Very Large Telescope (VLT) has observed the central part of the Milky Way in unparalleled resolution. The astronomers have uncovered new details about the history of star birth in the Milky Way.

The new observations allowed astronomers to witness star formation so intense it resulted in more than one hundred thousand supernova explosions.

Dr Rainer Schödel from the Institute of Astrophysics of Andalusia in Granada, who led the observations, said: “Our unprecedented survey of a large part of the Galactic centre has given us detailed insights into the formation process of stars in this region of the Milky Way.”

Dr Francisco Nogueras-Lara, who led two new studies of the Milky Way central region while at the same institute, added: “Contrary to what had been accepted up to now, we found that the formation of stars has not been continuous.”

The study, published today in Nature Astronomy, discovered how approximately 80 precent of the stars in the Milky Way central region formed in the earliest years of our galaxy, between eight and 13.5 billion years ago. 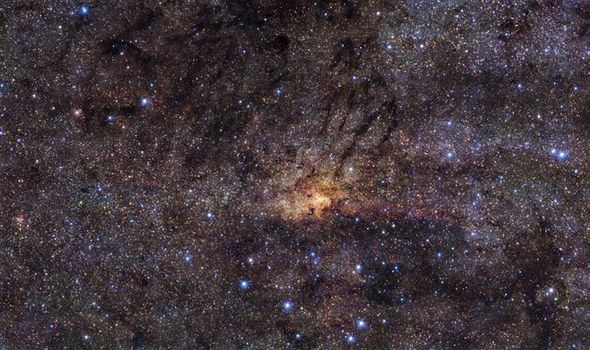 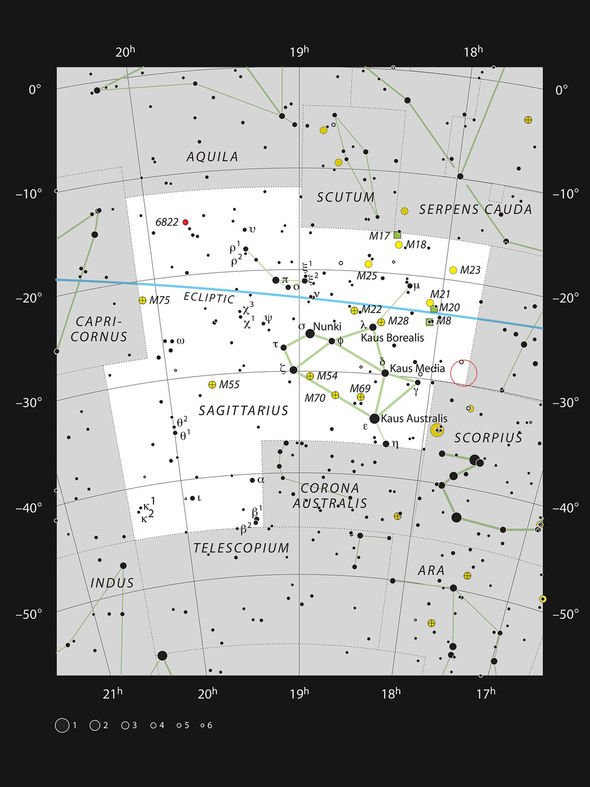 This initial period of star formation was followed by about six billion years during which very few stars were born.

This era ended with an intense burst of star formation approximately one billion years ago when, over a period of fewer than 100 million years, stars with a combined mass possibly as much as a few tens of million Suns formed in this central region.

Dr Nogueras-Lara, who is now based at the Max Planck Institute for Astronomy, said: “The conditions in the studied region during this burst of activity must have resembled those in ‘starburst’ galaxies, which form stars at rates of more than 100 solar masses per year.”

The Milky Way is currently forming stars at a rate of approximately one or two solar masses per year.

Asteroid danger: 100% certainty of impact warns space expert [INTERVIEW]
Hubble snaps galaxy ‘like a portal to another dimension’ [PICTURES]
What is the mysterious dark vortex NASA found on Neptune? [ANALYSIS]

The scientist added: “This burst of activity, which must have resulted in the explosion of more than a hundred thousand supernovae, was probably one of the most energetic events in the whole history of the Milky Way.”

During a starburst, many massive stars are created; since they have shorter lifespans than lower-mass stars, they reach the end of their lives much faster, dying in violent supernova explosions.

This research was possible thanks to observations of the Galactic central region made by ESO’s HAWK-I instrument on the VLT in the Chilean Atacama Desert. 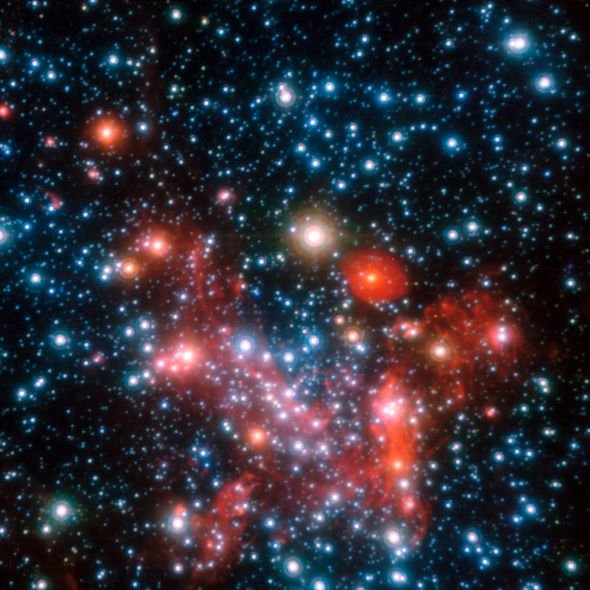 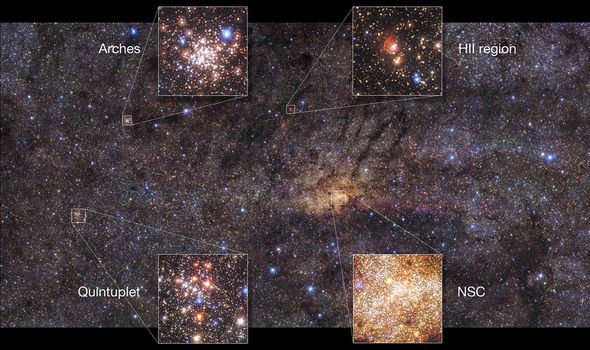 This infrared-sensitive camera peered through the dust to provide an image of the Milky Way’s central region in in unprecedented resolution.

The extraordinary image details the galaxy’s densest region of stars, gas and dust, which also hosts a supermassive black hole, with an angular resolution of 0.2 arcseconds.

This means the level of detail picked up by HAWK-I is approximately equivalent to seeing a football from 200 miles distance.

Grandad, 101, becomes oldest Brit to beat coronavirus as he gives thumbs up leaving hospital – The Sun