The Cumbre Vieja volcano is located on the island of La Palma, just a few hundred metres off the shore of Tenerife and is part of an active, albeit currently dormant, volcanic ridge. It has erupted twice in the last seven decades, first in 1949 and then 1971, but over the last few years, thousands of tremors have rumbled from the giant, leading scientists to fear it could erupt in the future. Researchers say a volcanic eruption would not only cause devastation for the Canary Islands from the initial blast but could trigger a vast undersea landslide, too.

This would set off a tsunami wave capable of inundating coastal regions thousands of kilometres away, as well as devastating the islands eastwards within 15 minutes to an hour.

The warning came from Dr Steven Ward, of the University of California, US, and Dr Simon Day, of the Benfield Greig Hazard Research Centre at University College London, UK.

Writing in Geophysical Research Letters, they refined an earlier estimate of the likely consequences of the collapse of the western flank of the volcano.

They believe a build-up of groundwater could destabilise a block of rock up to 500km in size, which could break off in a future eruption, rushing into the sea at up to 350km an hour (220 mph). 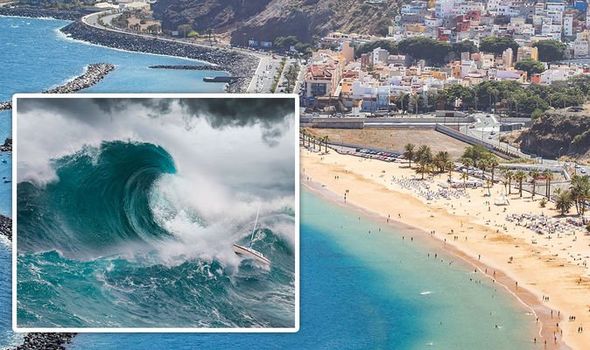 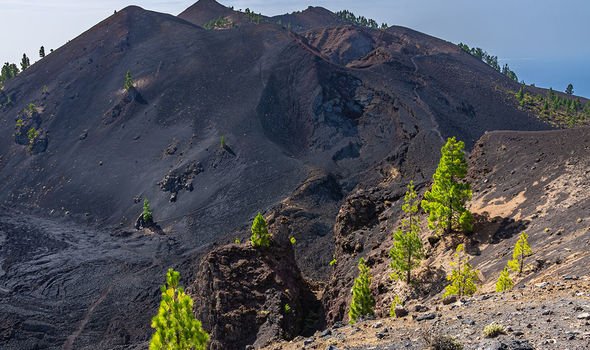 The dome of water it caused would be 900 metres (2,950 feet) high, and the resulting tsunami, higher than any in recorded history, would travel outwards in an arc formation, reaching speeds of 800km an hour (500mph).

Waves 100 metre (330 feet) high would strike the African coast, while north-eastwards they would affect Spain, Portugal and France, and could still be approaching 12 metres (40 feet) when they hit the UK.

That is almost three times the maximum recorded after the Lisbon earthquake of 1755.

Dr Day said the waves striking the UK coast would not penetrate more than two or three kilometres inland.

He told the BBC in 2003: “Weird things happen when tsunamis enter harbours or estuaries.

“If those resonate at a certain frequency, that may substantially increase the damage.” 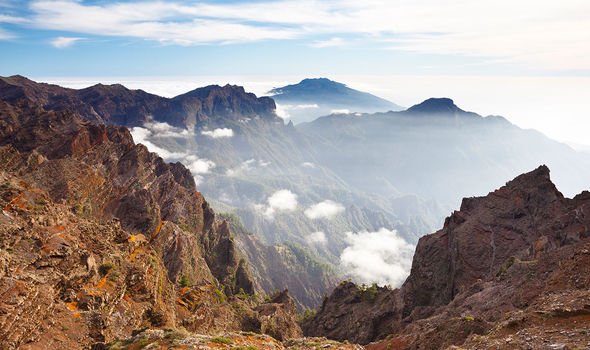 But fears are heightened across the Atlantic, where waves could reach heights of 40 metres (130 feet) heading towards northern Brazil.

Dr Day added: “It’s entirely possible you’d see 50-metre waves coming ashore in Florida, New York, Boston, all the way up to Greenland, and in some cases reaching up to 10km inland.

“And that would be about nine hours or more after the initial collapse.”

But Dr Day said there is no reason to fear just yet.

He reassured that a collapse was unlikely this century, and perhaps for many centuries.

It could take several eruptions to destabilise the volcano enough to dislodge the western flank, and collapse would occur only after days or weeks of seismic activity. 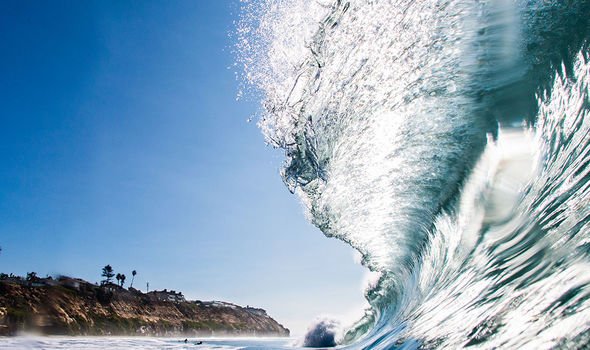 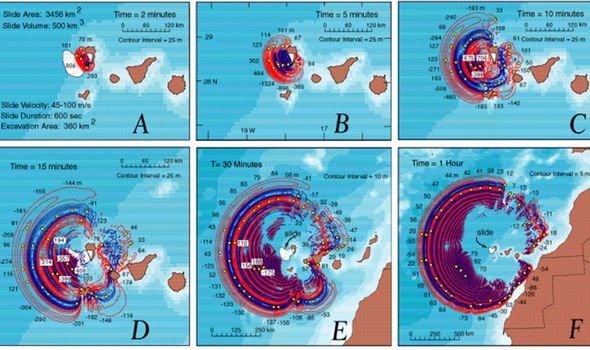 He continued: “We think you have to see some evidence of subterranean movement before there’s a risk of collapse.

“The fact that we aren’t seeing any movement gives us a lot of confidence Cumbre Vieja won’t collapse spontaneously.

“But we’ve found that eruptions do tend to come in clusters. And there’ve been two in the recent past.”

Gary McMurty, who works on landslides at the University of Hawaii, says there is no point losing sleep just yet.

He said in 2003: “These events are very rare and shouldn’t worry anyone who has a lifetime of less than a hundred years.”