Dubbed ‘The Meg’, this XXL ancient aquatic animal’s size could, until now, only be approximated. However, a collaboration between the University of Bristol and Swansea University has today finally confirmed exactly how large this apex-predator really was. Palaeontologists now know the Megalodon (Otodus megalodon) featured fins as large as an adult man.

The largest shark currently swimming in the seas is the Great White.

Known to periodically attack humans, these 20ft (6m) long predators boast a bites with a force of two tonnes.

But this pales in comparison with the Megalodon, which ruled the waves as far back as 23 million years ago.

Fossil records have revealed Megalodons were more than twice the length of its direct descendant, in addition to a more-than ten-tonne bite force. 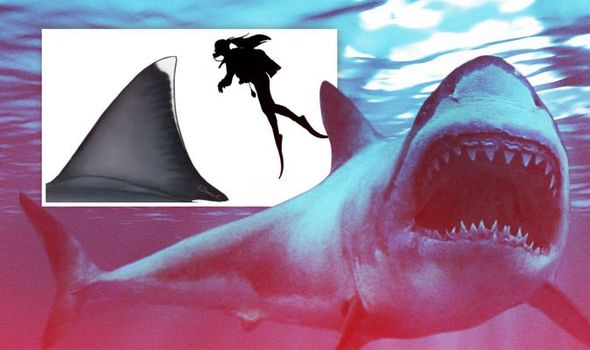 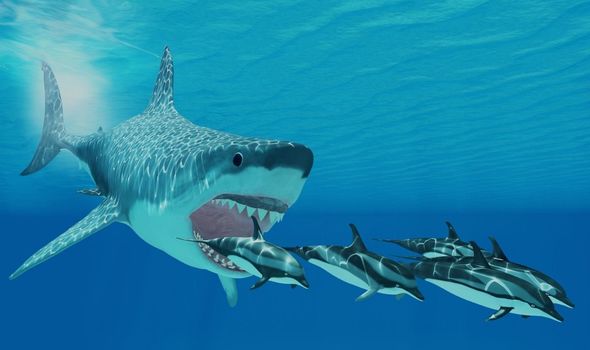 This power was all-the-more formidable due to triangular cutting teeth larger than a human hand.

A variety of mathematical methods to finally confirm the sheer scale of this prehistoric sea monster.

This was achieved via comparisons with the Meg’s distant relatives with ecological and physiological similarities to Megalodon.

Only the fossil shark (Otodus megalodon), had before now been compared with the Great White. 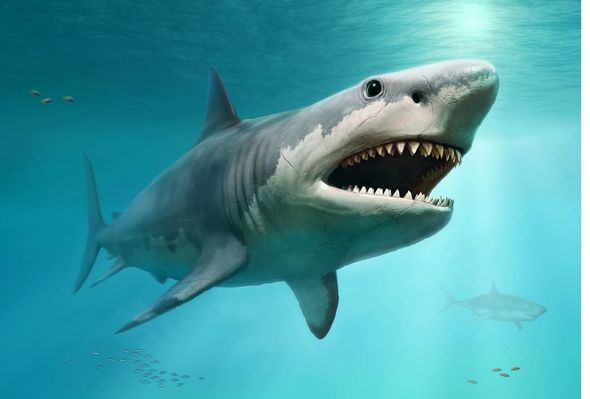 But this landmark study was the first analysis to include five other modern-day sharks.

Dr Catalina Pimiento, a Swansea University shark expert, said: “Megalodon is not a direct ancestor of the Great White but is equally related to other macropredatory sharks such as the Makos, Salmon shark and Porbeagle shark, as well as the Great White.

“We pooled detailed measurements of all five to make predictions about Megalodon.”

Professor Mike Benton, a palaeontologist at Bristol, added: “Before we could do anything, we had to test whether these five modern sharks changed proportions as they grew up.

“If, for example, they had been like humans, where babies have big heads and short legs, we would have had some difficulties in projecting the adult proportions for such a huge extinct shark.

“But we were surprised, and relieved, to discover that in fact that the babies of all these modern predatory sharks start out as little adults, and they don’t change in proportion as they get larger.”

Jack Cooper, a University of Bristol palaeobiologist said: “This means we could simply take the growth curves of the five modern forms and project the overall shape as they get larger and larger – right up to a body length of 16 metres.” 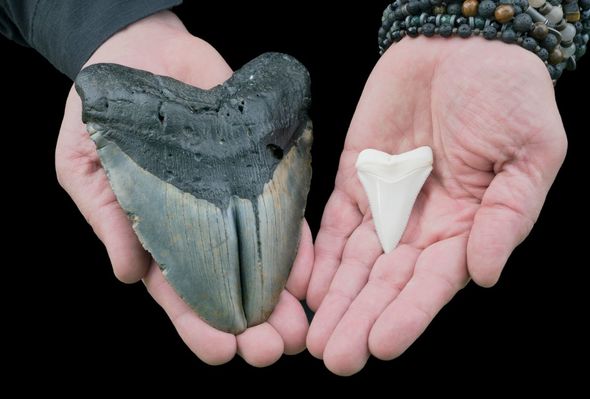 “I have always been mad about sharks. As an undergraduate, I have worked and dived with Great whites in South Africa – protected by a steel cage of course. It’s that sense of danger, but also that sharks are such beautiful and well-adapted animals, that makes them so attractive to study.

“Megalodon was actually the very animal that inspired me to pursue palaeontology in the first place at just six years old, so I was over the moon to get a chance to study it.

“This was my dream project. But to study the whole animal is difficult considering that all we really have are lots of isolated teeth.”