Home » Science » The C.D.C.’s ex-director offers no evidence in favoring speculation that the coronavirus originated in a lab. 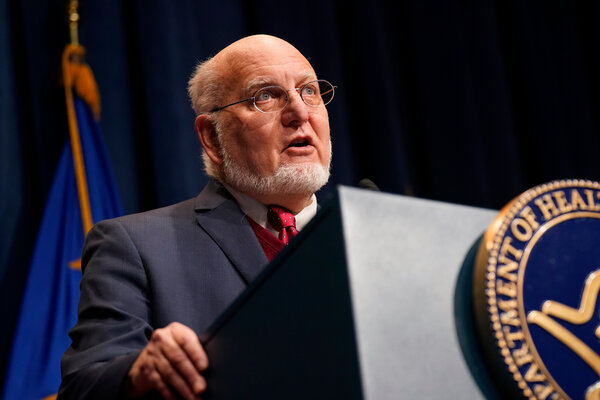 The former director of the Centers for Disease Control and Prevention said in a CNN clip on Friday that he favored a theory, decried by many scientists and rejected as “extremely unlikely” by at least one World Health Organization international expert, that the coronavirus escaped from a lab in Wuhan. The former official, Dr. Robert Redfield, offered no evidence and emphasized that it was his opinion.

“I am of the point of view that I still think the most likely etiology of this pathogen in Wuhan was from a laboratory, escaped. The other people don’t believe that. That’s fine. Science will eventually figure it out,” Dr. Redfield told Dr. Sanjay Gupta in the video clip, referring to the origin of the virus. A formal report from the W.H.O. team and the Chinese scientists it worked with, on the origins of the pandemic and on the coronavirus in humans, is expected next week.